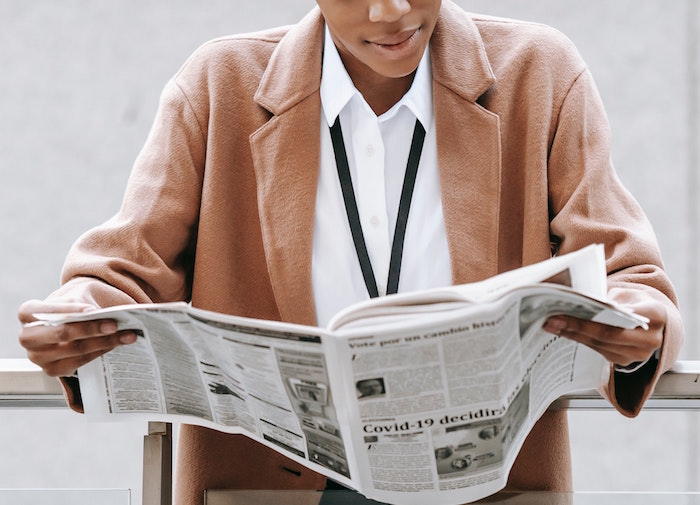 Former Absa CEO Maria Ramos has won her defamation case against Independent Media. In a judgment handed down by the South Gauteng High Court in Johannesburg on Friday, Judge May Keightley said an article that Independent Newspaper’s The Star published on 9 December 2020 was defamatory. ~ Independent Media ordered to apologise to Maria Ramos for saying she ‘fixed the rand’. ~ Fin 24 28/5/2021

Has the editor of The Star, Sifiso Mahlangu, been dismissed?

I ask the question because if you go to the page on the Independent Media website which features the editors of the various newspapers owned by Iqbal Survé, his photograph which, until recently appeared there, has disappeared.

The editor of the Saturday Star, Kashiefa Ajam, is featured but not Mahlangu

Has Mahlangu, like Alide Dasnois and Wally Mbhele among some two dozen other editors, left Survé’s employ?

In February this year, Yogas Nair was appointed internal ombud for Survé’s Sekunjalo Independent Media newspaper company. In an interview conducted at the time she assured readers that, on her watch, ethical journalism would be promoted.

Have subsequent events vindicated her claim?

Only a few weeks later, an editorial by Sifiso Mahlangu – widely perceived to be part of a Sekunjalo smear campaign against Maria Ramos – was ruled by the North Gauteng High Court to be defamatory and an apology was published.

We read on page 19 of the 2018 Wits University State of the Newsroomreport, that more retrenchments have occurred at Independent Media than at any of the other newspaper companies in the country.

That report speaks of retrenchments, but the purge of editors and resignation of others in the toxic working environment by Survé has never happened before.

While Survé has always portrayed himself as a champion of transformation, the total number of editor-level staff who have joined the exodus from Independent Media is, by my assessment, without precedent in South African newspaper history.

Within the space of a few weeks in early-2019, three editors based at Newspaper House in Cape Town’s CBD, home to the once-respected and financially-viable Cape Times and Cape Argus, found other employment.

This is in stark contrast to Newspaper House history before the start of Survé’s inordinately destructive tenure as documented in the book Paper Tiger by Alide Dasnois and Chris Whitfield.

In the 156 years between 1857 when the Cape Arguswas founded and 2013 when Survé took control, only one editor was dismissed – D.E McCausland in September 1938 – after he had criticised the approach of the British government to the impending war.

In the 137 years between 1876 when the first issue of the Cape Times was published and 2013 when Survé took control, only one editor, Tony Heard in 1987, was dismissed after publishing an interview with the banned Oliver Tambo.

Then the purge of ethical journalists began, starting with the abusively-dismissed Alide Dasnois.

Furthermore, not a single member of the SAPA team – two dozen-strong – employed by Survé when he took control of the company in 2015 remains on his payroll. There was a spate of resignations in late 2019 with the editor, Lindiz van Zilla, among the first to leave along with senior members of the management team.

On the Afrikaans side I am aware of only one editor being dismissed in the past century and that was in 1986 when Perskor dismissed Harald Pakendorf as editor of Die Vaderlandbecause his political approach angered the company’s management.

Steve Motale, a fawning Jacob Zuma acolyte, left the The Citizenin 2016, had a brief and contentious tenure as a Survé employee and left after an apology had to be made over yet another fake news story from Independent Media.

If Mahlangu has left/lost his job because his defamatory editorial on Maria Ramos brought Independent Media into disrepute, what are the implications for Piet (Tembisa Ten) Rampedi?

The Ramos judgment is unlikely to have resonated beyond our borders, but every major news agency in the world has justifiably described Rampedi’s fake news decuplets articles as a hoax.

Locally it has resulted in some typical but memorable Nandos frivolity but the damage to media credibility in this country is no laughing matter.

In response to Sekunjalo’s claims of maltreatment of Gosiame Sithole, the national health department urged Survé’s newspapers to assist the allegedly-abused woman to lay a charge with the Health Ombudsman, Professor Malegapuru Makgoba.

This suggestion was ignored and, instead, on 16 July, Survé announced that advocate Michael Donen, had been appointed to investigate the situation.

According to an Independent Media press release: ‘Donen commented that he is “looking forward to investigating the situation in question and attempting to clear up the confusion, which appears to exist at present”.

What is puzzling and disturbing is that, more than three months later, advocate Donen has yet to take the public into his confidence over the “confusion” that “appears to exist” about the “Guinness World Record” scam.

If and when his report eventually appears will it have, as a consequence, the accountability to which the group’s internal ombud Nair refers?

Ed Herbst is a veteran news reporter and now contributes his opinions as a media analyst.