In the company of women 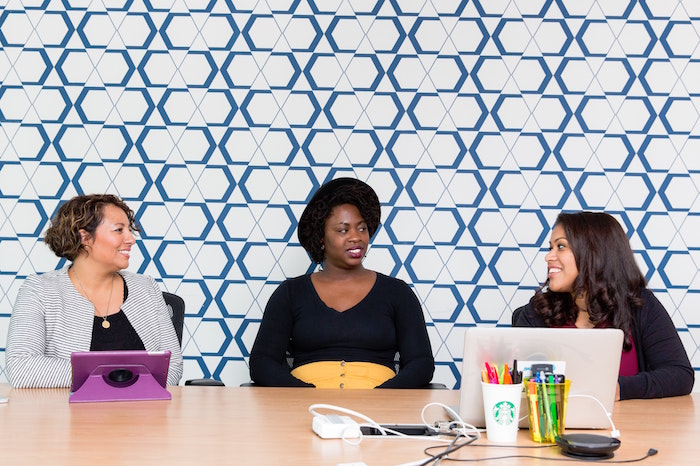 My journey as a leader in the corporate sector started at the tender age of 25, and I’ve had the opportunity to work with various teams that were led by extraordinary men and women. My greatest takeaway is to embrace and encourage diversity and inclusivity, and that the workplace must be equitable for teams to thrive.

Growing up in a largely abnormal country that advocated and encouraged our society to be discriminatory and divisive, I’m vigilant about doing the right thing and very intentional in the way I lead. At the heart of leadership is embracing simple principles around fairness and giving everyone an honest chance irrespective of race, gender, age, religion, culture or sexual orientation. These are the principles I hold dear to my heart, and I believe that if many more leaders embraced them, we could really help this country transform itself into a progressive society.

I’m passionate about empowering others where I have the power to, particularly when it comes to women and young people. Corporate South Africa (shareholders, boards, excos, c-suites) are still largely white and male-dominated, and that is a problem, especially in a country that is majority black, young and female.

This is obviously a result of the historical privilege that came with being white, including having access to capital, better education, and opportunities within the private and public sectors. The direct impact is that we are not taking advantage of the power that diversity brings, especially in our organisations.

From the bottom up

In the first business I co-founded, in 2009, Dream Team Talent Management, 90% of our staff were young (under 30) and the majority were black females. For many of them, this was their first formal employment, so we took the time to nurture and develop them. Today I’m proud that many of them have gone on to do great things as entrepreneurs or in corporates, and are leaders in their own right.

When I joined media giant The MediaShop as Johannesburg MD in 2017, the management team were in their 40s and 50s. When I left we had a more racially diverse team of managers in their 30s and 40s, reducing the average age considerably.

When I started the Matrix Communications Group (Matrix Group) in 2020, I was clear that I wanted a female MD and, if possible, one from my home town of Pretoria. Fortuitously, Dineo Mahloele and I found each other, and she ticked both boxes – an experienced corporate communications specialist who is originally from Mamelodi in Pretoria. Two months later we were joined by Tumi Makwela, our client service lead. The universe was listening to my thoughts.

When considering which companies to partner with and acquire, I approached African Response, a research company I had worked with for many years, which is led by the experienced marketer and researcher Mamapudi Nkgadima, and Integer\Hotspot, led by the passionate shopper marketing guru Diane Wilson. Both women have been running their respective businesses for well over a decade, building sustainable operations that got through the challenges presented by Covid-19. Over time, they’ve also been able to punch above their weight in this male-dominated industry of ours.

The heart of an organisation

Women in leadership positions remind us that people should be at the heart of our organisations because they are generally very insightful and strategic in their approach, and also have an element of emotional intelligence. These are critical ingredients in today’s business culture, especially in an environment that has at times been dominated by people who are egotistical, arrogant, competitive and overly ambitious at all costs.

I’ve always believed women to have special leadership abilities that come naturally to them. They are generally nurturing people who get things done. They are forthright and reliable and tend to be more empathetic. These are traits that have become even more crucial today in a world where we need to put people before profit in order to build a sustainable business and a better society.

I must, however, also cautiously mention that I have sadly observed some women standing in the way of others progressing – professional jealousy, as I call it, for no justifiable reason. I’ve seen the misuse of power and authority to get to the top and then kick the ladder. This is obviously counter-intuitive, will slow the momentum of catapulting women to where they belong, and will also impact the advancement of women’s emancipation in both the workplace and society. In the midst of all the other terrible things happening to women all over the world like gender-based violence, femicide, rape and ongoing inequality, I would implore women to be more supportive during these difficult times. This way they can triumph together as they take their rightful place at the head of the table, and start thinking in abundance and not in scarcity. This, I believe, will go a long way towards making the world a better place.

In conclusion, I must add that we are fortunate to be living in a country where women’s issues have made it to the national agenda in terms of policy formulation. We just need to ensure that these policies are implemented, and that women are protected against all prejudice in the home and workplace. My views have been largely shaped by women, on both my maternal and paternal sides of the family, which are dominated by my aunts. I have also daughters who I pray will grow up in a better society than their grandparents and parents did, and that they are given a fair chance, at all times, to be the best versions of themselves.

This story was first published in the Women in The Media magazine. Read it here.

Kgaugelo Maphai is chairperson of Matrix Communications Group and former MD of The MediaShop (Johannesburg). Passionate about South Africa and its people, Kgaugelo’s interests lie in consumers and the nuances that exist in the various parts of South Africa.