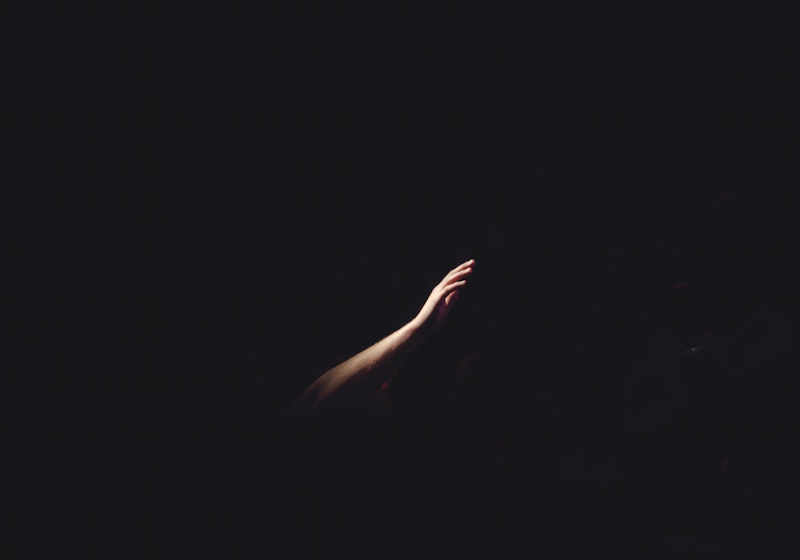 What a week, South Africa! There is so much news that I feel a little #punchdrunk. I suppose I should start at the beginning and just work my way through but before I do there’s something you haven’t noticed through the noise of the crowd.

Do you know which day of #Lockdown we are in? Most news media have removed the count on their screens and we don’t even talk about it anymore. Does that mean we will be in #Lockdown for the rest of our lives? I know it’s #Level1 and we don’t really care, but by staying in #Lockdown the government has far more control over us than they ever did. Surely it’s time to #EndLockdown.

The rebuttal to this argument is that the #FourthWave and #LowVaccineTurnOut could result in further #Lockdown restrictions. We all know the truth though, the truth is we have been in #LockDownTooLong and the fear of insurrection and protesting is still a huge opponent sitting in the political benches.

The #Elections didn’t go well, in fact they pretty much hit #RockBottom on turnout and result.  #Ramaphosa said he was not desperate in his hunt for coalitions. This was after the ANC had banged down doors of opposition parties and got turned away at the door like a door to door salesmen. I’m sure that the ANC is not the largest disappointment to the voting public, #ActionSA’s potential coalition with the #DA is! We all know a vote for #ActionSA was a vote from a public that wanted an alternative to the DA (not really the ANC – they’ve been done with the ANC a while now).

Zille taunted #Mashaba by posting a tweet of a news article where he had said in the past “no ANC coalition” – you just know she stored that article on her phone waiting for those election results. Such a nasty way to go about negotiations isn’t it? Nah, not really. Herman swapped sides and is now going Blue after that #RightHook. I really hate political parties!

There is a saying “if democracy worked, they wouldn’t give it to us”.  How is it possible, that in a country that has produced Pulitzer Prize winners, Nobel Peace Prizes and sent rockets to space cannot find one group of humans that actually speaks for the majority when it comes to running our country? It really is time for #ElectoralReform, I’m with #Mmusi on this one.

We were no sooner rising from the #ElectionHangover and the lights went off; not only did the lights go out but the country was plunged into the depths of #Stage4 #loadshedding. Rumours on the social media streets were lit. We were being “punished for our vote” said some, others posted how many Eskom outlets were vandalised overnight – another #Insurrection?

None of these videos made news media though. #Punch!  Then they started calling for #DeRuyter’s head, I’m more likely to gun for #Gordhan. I mean it was him after all that lead us to believe, and we really did believe him, that the time had come for a new (auditable) broom to sweep clean. Let’s talk about how that went for #Gordhan:  There has been more “irregular expenditure” (ie. theft) than under #Zuma’s reign! #Punched! Why is it called #IrregularExpenditure anyway? In fact, why is it called #loadshedding?

#DeRuyter came on the screen with a team of about a thousand people and told us how #Zambia was the problem – huh?  #Zambia?  Listen, Andre, we are done with constant fabrications of the truth. You then had told us that Eskom is an old car and we need a new one. Someone call foul in this ring please. #DeRuyter under #Gordhan has been “sweeping clean” for two years and in doing so have allowed more money to be stolen than ever before.

Then they tell us that the massive amount of loaned money, our hard-earned money, has been poured into a car that can’t even take fuel? If you’ve spent all out money, how do we afford a new car? I say WE, Andre, because your salary is not impacted and I bet you have solar panels on your house! #UpperCut. Even #Molefe, the man who made up the shebeen in Saxonwold called BS.

At the same time as this rubbish was devastating our country, it was announced that South Africa is going to focus on … electric cars? I’m sorry, what? #PunchDrunk. The world is making a massive shift to clean energy with big decisions coming out of #COP26 and we live in a sunshined South Africa but the message from #GwedeMantashe, “We need more coal?” What? Are you high? #KnockOut

I’d no sooner shaken my head so hard I thought it was going to fall off when I heard that Johannesburg was suffering a 54-hour water outage, I’m not calling this “thing” shedding. Come on, we’re done with this manipulation of words. No water and no power in the financial hub of this country. It’s like all the punishments were handed out at once because we didn’t turn up for one class. #TKO

Enter the most relieving story I’ve seen all year …  #MotiBrothers are safely home. Our household, like many households, rejoiced at the news. Those four children filled every timeline and most prayers as South Africa held its breath.

Two days before the children came home 540kgs of cocaine was “stolen” from the Hawks.  How is it possible to steal half a ton of cocaine from the Hawks?  I jested that perhaps the Hawks had an early Christmas party and that’s why no work was being done, but then I came across a tweet that shook me. A tweeter called ‘Vico Durban’ took the cocaine story and retweeted it with this message: “The #MotiBrothers will be released now. Watch this space.”

And then it happened, they came home. This story was strange and please forgive me for saying so, children are kidnapped, raped and are killed every single day in our country and they only make headlines on the ticker strap you see on the bottom of your TV screen, yet in this story every mainstream media house ran with it and then did not offer any further speculation as to what may have happened (that’s strange journalism – almost journalism with respect for lives and privacy – I liked it but I found it odd). Whatever happened here and we will never know, I’m so grateful that those four children are safe.  Thank you for some relief from this fight we call living in South Africa.

#FWDeKlerk died this week. The last #apartheidPresident left a message from the grave in a video address.  He apologized unequivocally about “Separate Development” not apartheid, separate development. I grew up in apartheid and I’ve never heard the term #SeparateDevelopment before. It was apartheid, a unique south African invention of a word that killed souls and left a legacy of inequality that may never be repaired. Thank you for apologising, from God we come, to God we return. It is not right to speak ill of the dead just after their demise. I’ll leave this for when we look back after some time, a bit like most of the nation reflects on #Mandela today.

#AtholWilliams, a whistleblower at #StateCapture, left the country and wrote an open letter to the President saying that he and his family were at risk with little or no protection from our legal system, he feared that he was the next #BabitaDeokoran. Isn’t that terrifying?  The message is clear, snitches get stiches in South African politics. The fight is fixed.

#MTBS21 filled my screen, I couldn’t even focus after the boxing rounds we’d gone through with #Eskom, but #EnochGodongwana delivered his first budget speech with little fanfare.  Most analysts said, nothing new to see here. I didn’t try to get further than the message that almost 28m of SA’s population (that’s 46% of the nation) is living on social grants. #PunchDrunk

Covid and #VaccineBoosters are all the rage, even #ChildVaccines are being administered without parental consent. Apparently there is definitely a third jab from Pfizer and now they’ve released a JnJ booster.  I’m not going for it, I don’t need a vaccine loyalty card, this is not #Starbucks and I may have been in the ring, but I’m firmly in the audience now.  #NoToVaccineMandate is the resounding call from SA.  I suppose they’ll get to me in the end, no one leaves a fight club.

Serial killer #NomiaNdlovu got six life sentences, that didn’t stop her turning to her family in the count to say “I’ll be back for you” #SouthPaw

Pistorius is due for parole and the #Steenkamp family won’t meet with him, well of course not, I’m sure they’d rather see him at the bottom of the ring.

Internationally #TravisScott held an #Astroworld concert where people died and he kept on singing. There was a stampede because of people breaking the concert barriers and entering without authorized access.  Did Travis stop the concert? No, this man sang while people died.  He sang from a tower on the stage as people were trampled to death … and he relished it!  When the ambulance arrived, he encouraged people to dance on it.  What is happening? What kind of a match is this?

I have to end with something positive before I get told I’m a grouch again – it’s my birthday tomorrow and I’m going diving and I’m taking the week off. I’m leaving that potato bass for some shark diving, am I nervous? Not at all, I’m South African, sharks don’t eat divers they’re not boxing politicians.