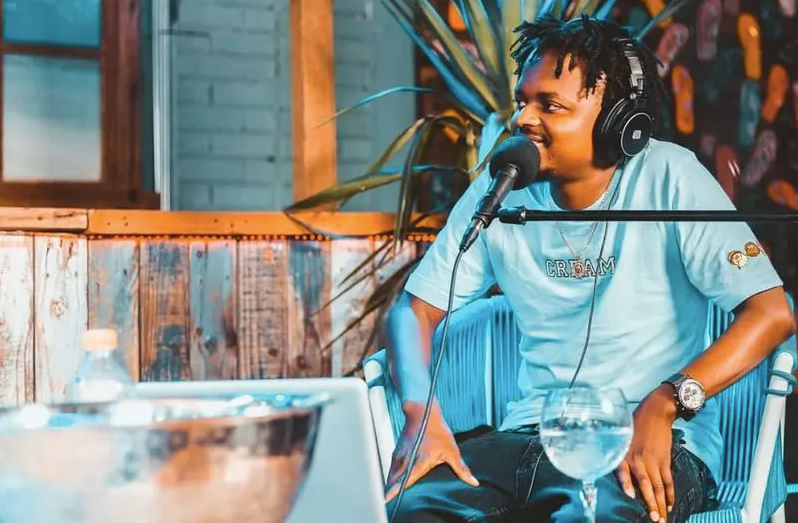 Digital content consumption is like being a vaxer or an anti-vaxer, you either do or you don’t. In a connected world it is becoming more challenging to be an anti-vaxer as content, in various guises, reaches as in the comfort of our own palms.

There has been a  furore of the last six weeks in the digital content space as people have been reacting to Gareth Cliff’s The Burning Platform and more recently Mac G’s Podcast and Chill. You need just type either of the two into a search engine to see articles and comments from all corners of the country to know that our digital media democracy is in a good place. In fact, there is so much being said, the original content can’t be found on the first page of a Google search.

I must be honest, I haven’t watched or listened to either piece of content in full and I’m in no place to comment on the content. I do however think there are several points worth noting.

Personality wins. Love them or hate them, authentic and consistent personalities win. There is magic in people who have opinions, can express themselves, are interested and interesting, are able to verbalise themselves effectively and who have figured out their own individual characteristics of thinking, feeling and behaviour. Good personalities also understand show-business and the amplification of self/an idea or concept. Personalities are not boring, boring doesn’t trend.

You don’t need to be on traditional radio or TV to have a platform. Although this may seem obvious, it is especially aimed at young talent who often seek validation by trying to be on traditional platforms. Yes, both Cliff and Mac G have traditional media backgrounds, but their current exposure is because of their digital doings.

It’s not about the platform, it’s about the content. I’m undecided if I listened to a podcast or watched a YouTube video, but does it matter? I’ve consumed their content. There is great interest in numbers, views, likes and shares. I had a look at The Burning Platform content piece that had people talking before the local government elections, it has just over 60 000 YouTube views while the Podcast and Chill discussion with JubJub is just under 1.1 million views. The reality is there are screen grabs and recordings that don’t reflect on the official platforms, that doesn’t mean it hasn’t been consumed widely.

Digital platforms are built over time. Mac G is on episode 310 of Podcast and Chill while Cliff has been a pioneer in the South African digital space since 2014. Cats falling off TVs may go viral from time to time, but effective platforms are conceptualised, created, curated, and executed over time. They grow, change, and develop. Cliff Central has come a long way since un-radio as has Podcast and Chill that didn’t have equipment when they started.

There is an audience out there looking to be served. Digital consumers are an ‘opt-in’ audience. This is powerful because they choose to consume, their attention is not incidental it is intentional. Unlike linear TV and radio, digital media isn’t forced on you, it can be argued that it is becoming harder to avoid digital content, but as consumers the eyes and ears are still ours.

Digital is non-linear, so are the rules. As much as we’ve learnt about this space there is still more to do, and it will be a continual exercise as technology changes creation and consumption. Brands see the opportunities but often want linear rules. The landscape has changed, and it isn’t possible to have everything your way. Advertising and brands on platforms aren’t forever (and never was) and it is OK for brands to move on. There are other chickens to fry and cold beers to drink while talking life insurance, it’s not a cock-up when advertisers and platform’s part ways.

There is a compelling argument for digital content self-regulation. In the same way the broadcasting industry created the Broadcasting Complaints Commission, I believe there needs to be conversation about what we as an industry are going to do about keeping tabs on-ourselves. A digital democracy comes with rights and obligations.

Make it and they will come. There is an appetite for non-westernised content that is driving local consumption. Local stories, people, places, music, and spaces have got people listening, watching, commenting, and talking.

Lastly the pool of public opinion is shallow. Keep swimming, this too shall pass #cancelled.