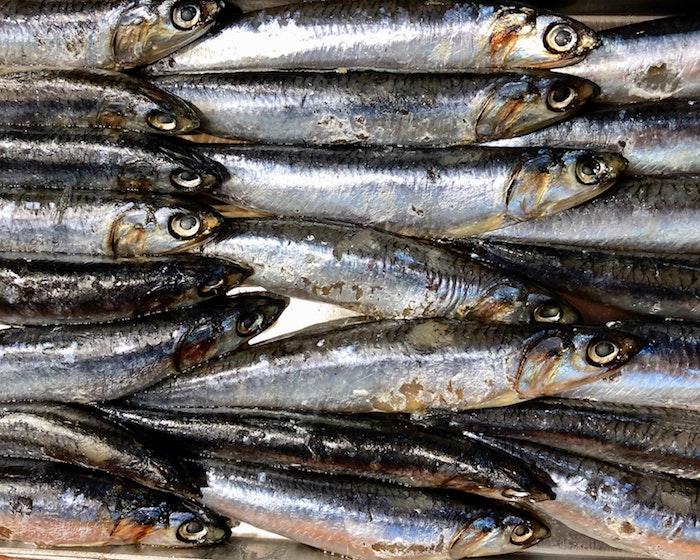 A fishy story. Lots of anchovies, no more anchovy paste

You would think that 162 children being kidnapped in South Africa would be our top story. 162 kids?! Nope, this story was humming on Twitter for more than 24-hours until news media picked it up yesterday and gave it a voice.  No sooner had the word “kidnapped” left the anchor’s lips and headlines switched to the #MatricResults. #JaNeh! #HeadlineGrabbers

Before we go to the education of our children (see graphic below), I should give you an update: I don’t know if you’re ready for it, to be fair, none of us are ready for this ‘drawing of #BattleLines’.

Last week I started by telling you about the sheer arrogance and #headlineGrabbing #LindiweSisulu. The term she used to describe the judiciary is one I will not repeat, for many reasons, not the least of which is that Facebook (one of my primary outlets) refused the post last week’s video on our business account. Their reasoning… the word that #LindiweSisulu used was “offensive” and against Facebook standards.

Damn straight too! I found it ironic that I couldn’t report on Lindiwe but that she had managed to make the same word trend across the country. You see, Lindiwe, even Facebook knows that what you said was nothing but revolting. I thought at least I could escape this story this week, but #JaNeh, here I am … Yesterday morning #ThePresidency sent out a statement announcing #Sisulu had retracted her nonsense. I quote from the press release:  “I retract unequivocally my hurtful comments. I recognise that many women and men judges past and present have served their country in the judiciary with dedication and patriotism and some have made sterling sacrifices in the fight against apartheid and colonialism. I apologise for and regret the hurt I have caused the judiciary.”

We all knew she was pushed when this statement hit headlines but we all felt that #JaNeh? moment. I was relishing the impact of the President’s lambast and how he finally found a voice, but then yesterday evening, #Lindiwe said this: “I have just been informed of a media alert issued by the Presidency that apparently claims that I, Lindiwe N. Sisulu, retracted my original expression. I wish to categorically disown this statement in its entirety as a misrepresentation of the said meeting I had with the president.” Spelt with a small ‘p’ #JaNeh. The #BattleLines are drawn for #HeadlineGrabbers

Would you like to know what’s going on? Well, in my opinion (and I’m not alone), the #ANCFaction (the #RET) are settling into their campaigning rhythm and the #BattleLines are firmly drawn. You see that #StateCapture report IF actually acted on (and don’t hold your breath because we all know when you’re a high-ranking crook, jail is just a media term) that report will destroy the individuals of the RET. They may even have to pay the R400 billion we lost in this first report’s findings. That’s not going to do, is it? #JaNeh #BattleLines

You may have forgotten that #LindiweSisulu had political ambitions to be #president a little while ago. The #RET needs an #ANC face for the #ANCConference. I mean our good friend #AceMagashule is still suspended, #JacobZuma isn’t allowed in and #DuduzaneZuma isn’t on the list, so unless you want to hedge your bets on #CarlNiehaus, the #RETFaction had to find a voice. Why not #Sisulu’s grandchild? The #BattleLines are drawn. Yes, I might be stating the obvious when I say the #ANC is imploding, there is no news there, but here’s the bit that impacts on all of us: While the governing party is bickering and bullying for bucks, our service delivery left the back window #JaNeh. For once I’m going to say thank goodness the #EFF gave the metros to the #DA.

Let’s talk about that #EFF of ours; Julius took every headline he could grab this week.  He started off in 2019 giving it stick when he called for the scrapping of African borders. Yet less than three years later, he is running around with the #Xenophobic #Trump inspired narrative #PutSouthAfricansFirst. Ah, the big flipflop and headline hog. He went to one restaurant and confronted one owner who he intimidated with his entourage and threats.

The result? One meeting later (indoors – probably to have tea and to get out of the rain) and that was a wrap.  #JaNeh! The social media community thought he was going to go from franchise to franchise, but he didn’t; the next day he was marching to open the stadiums for football games. Oy, Julius, when are you fixing the water and lights, boet? You’re running the metros not a rally. #HeadlineGrabber!

I was so sad to read that my hero of 2021, #NhlanhlaLux (the man who stood up and saved #JabulaniMall and maybe even ended the country’s #Looting), is now chasing #Zimbabweans out of town. Look, I don’t know the guy very well, but that seems like a massive swing in narrative for him and why not? It was a #HeadlineGrabber sort of week … #JaNeh #BattleLines #HeadlineGrabbers

There were some fascinating stories this week, #JudgeHlope announced #ZandileMafe’s #MentalEvaluation was unlawful. You know #Zandile right? South Africa’s #GuyFawkes. #Hlope ruled that #Zandile should be removed from the facility completely. I wonder if this Judge will ask for the real story. #BattleLinesDrawn. I’d no sooner heard this news and then #Zandile tested positive for #Covid19, it happens to the best of us, #MrMafe, just hang in there brother. We dare you to spit out the truth – you’ll become a South African hero – we promise to care for you unlike our government did for you all those years when you lived on the streets.

There were some pretty fishy stories I haven’t addressed. The most hurtful of which is that #Fishpaste and #Redro leave our shelves. This I will never get over; I am literally scared by this tragedy, you took away my childhood. I mean Redro … even the advert never left me.  Anyway, I must move on, however bad I feel inside.

There was a break-in at #LesediFM (SABC) in Bloemfontein and politicians took a very big interest; I wonder why all break-ins don’t get their attention? #BattleLines? Then there was the protest for a #SecretBallot at the #JoburgCouncil sitting; here you saw government representatives chain their hands above their heads in a demonstration of how they are being held captive by using an open ballot. Later the whole place descended into chaos as parties simply walked out.  #BattleLines are showing #JaNeh.

And then #Eskom asked for a 20% price hike. None of us read that story, we don’t want to believe that we are still here being plundered by a derelict service provider. Then it turns out the #MotiBrothers may have suffered their ordeal over a family feud and some hot cash. How sick are those #BattleLines?

Across the waters a Volcano in Tonga erupted; seen from space we understand the enormous impact of nature and how insignificant we really are. When I was really feeling my existentialism, Twitter told me that if I can dream it, I can put it up on #TimesSquare. So there’s that.

It’s been a long week, I’m definitely going to see the deep blue today, as the conditions in Sodwana are sublime and I can breathe under water. #JaNeh!