Using data to save independent media and boost democracy 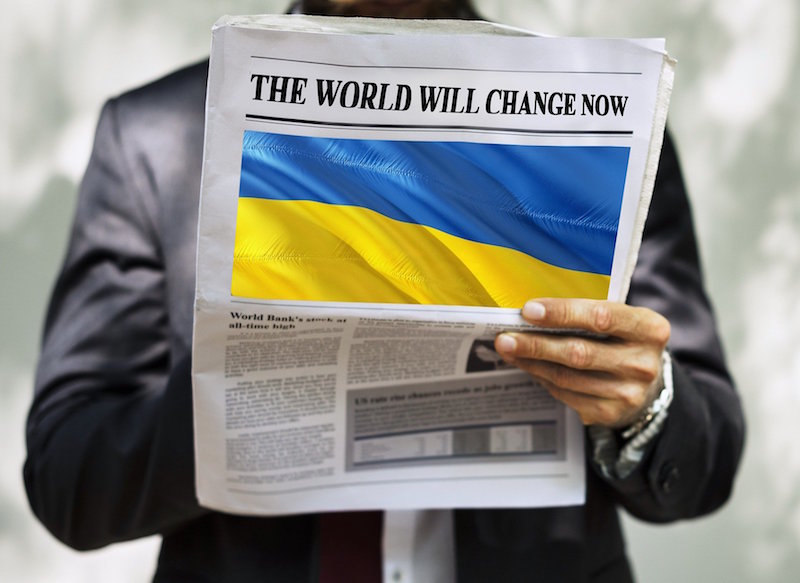 Independent media – democracy’s fourth estate – faces an extinction event, threatening to exacerbate and accelerate democratic backsliding the world over. Bold, collective action is needed to fundamentally improve the financial viability of news outlets before it is too late.

Let me pause to underscore how vital independent media is to democracy at every level of government. According to the Nieman Lab at Harvard University, countries with better funded public media have healthier democracies.

This plays out visibly at the national and international levels. Expensive and complex transnational investigative journalism, such as the Pandora Papers, have exposed or brought down heads of state. National news outlets routinely cover election campaigns, verify the credibility of vote totals, and hold leaders accountable for delivering on the promises they make.

Less visibly, but just as importantly, media ensures accountability at the local level, where citizens depend on government for basic services. In the US state of Florida, for example, declining numbers of local journalists left fewer media watchdogs to deter local politicians from aligning themselves with special interests. Lack of local media has also been linked to lower voter turnout and higher levels of democracy-eroding political polarization.

The impact of tech on local news ad revenue

Meanwhile, disruption of traditional media business models threatens to bring down this pillar of democracy. Tech platforms increasingly dominate the fabric of web publishing, taking valuable audiences and ad revenues from local news even though they benefit from featuring their content on their platforms.

In the UK, for instance, Google and Facebook alone make up almost 70% of the digital ad market. Across the US, hedge funds have bought up newsrooms and fired reporters en masse, reducing the quality of journalism. Outlets in low-income countries and communities struggle to generate revenue from news consumers with limited means.

In the US, more than 2 000 newspapers have shuttered since 2004, creating more than 200 ‘news deserts’ – counties without a local newsroom. This pattern is mirrored in media markets around the world. From South Africa to India, ad revenue and other sources of financial support are declining, threatening to undermine accountability in nascent and mature democracies alike.

The trendline of newsrooms shuttering under financial pressures has unmistakably contributed to the decline of democracy globally. How do we turn that trend around?

In-depth data is needed to help media owners devise business strategies that will work for their audience in their market. ~ Jeanne Bourgault & Jason Lambert, Internews

There are media business models that work – subscription newsletters, paywalls, pledge drives, online crowd funding, traditional advertising, sponsored events, to name a few. Media entrepreneurs have demonstrated that any of these approaches can deliver revenue that allow outlets to thrive.

The problem: what works for one outlet in one country or community may not be the best approach in another. In-depth data is needed to help media owners devise business strategies that will work for their audience in their market. But often these types of insights are too expensive for struggling outlets to generate independently, especially in low-income or freedom-restricted countries.

So what if an international consortium produced this data in service to those outlets – in ultimate service of democracy? Encouragingly, a nascent initiative to do just that is underway.

How a Media Viability Accelerator could help

At the conclusion of last year’s Summit for Democracy, the US White House announced a list of initiatives aimed at promoting democracy by supporting independent media. High on the list was a commitment to launch a Media Viability Accelerator (MVA).

The MVA will be led by a diverse coalition of media entrepreneurs from high- and low-income countries, ad agencies and technology companies, civil society groups and media freedom advocates, as well as foreign aid donor governments. It will identify ways to address systematic global market failures that have syphoned revenue from media enterprises, as well as provide useful resources and expertise to help individual media outlets become financially sustainable.

At its heart, the MVA will gather data relevant to media enterprises, including audience size and engagement, revenue potential of different business lines, regulatory risk models, and other information. Participating media outlets will provide this data (anonymised to protect privacy and competitiveness), and in turn benefit from the aggregate market intelligence. Technical experts will assist these outlets in putting this information to use, devising business plans that put them on a path to financial independence.

Imagine replicating that success for thousands of financially struggling media outlets around the globe. It would be a lifeline for democracy.

This story was first published by the World Economic Forum’s Future of Media, Entertainment and Information Agenda.

Internews addresses a wide range of issues, including: confronting propaganda and corruption, protecting a free and open internet, educating citizens on media and data literacy, and strengthening health and environmental systems.