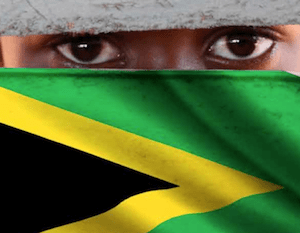 The Government Communication and Information System (GCIS) is changing its approach to communication, making it more targeted, precise and scientific. Michael Bratt attended a launch event to find out more.

In the fancy ballroom of the Velmore Hotel Estate in Pretoria, various representatives from Government Communication and Information System (GCIS) outlined a new government segmentation model, which they have created. Describing it as a framework for enhancing public service engagement and communication, the project has been in the pipeline for the past three years.

Speaking at the event Donald Liphoko, acting director-general of the GCIS says, “The model will help GCIS and government to better understand the needs of the various audiences that government delivers services to and communicates with. If we are to do better we must first understand our target audiences and their needs”.

Tasneem Carrim, chief director of policy and research at GCIS, says, “Once it moves forward, from phase one, the focus will also include citizens’ attitude to government, their readiness to receive government information and the mental blocks they are having to that information”.

She explains that this information is important, as it will guide and dictate the ways government communicates messages to the public. She uses the example of government asking citizens to save water. “If government asks them this, is it a waste of money, through campaigns, to be asking them that, as they are not receptive?”

Explaining why government decided to work on developing this type of model, Carrim says, “GCIS used to use the LSM model, which is designed to sell products, but we realised it didn’t suit our needs”.

Liphoko adds, “For all its flaws, LSM has been useful. But it was important for us to reassess whether LSM alone is suitable for us”.

The new segmentation model could have a big impact on media houses and publications as government reassesses which media mediums are the best to communicate their messages to the various new groupings. Liphoko believes the new model is good for media diversity as it will give prominence to smaller media players.

“One of the challenges of the LSM and SAARF model is that the centre of gravity was with dominant media players. Now we are going to target more niche publications. It won’t be about the search for the biggest reach, we are going to target specific mindsets with smaller media players. We want to contribute to their quality by providing quality government content,” he says.

In its first phase, the model has identified five groups, with citizens in each group sharing certain characteristics and states of mind. They are:

Another element which GCIS has changed, which is based on the same aim as the new segmentation model, was the removal of government job adverts from traditional media publications, in favour of placing them in its own publication, Vuk’uzenzele.

Of this, Liphoko says, “The biggest obstacle to getting a government job is access to information. We wanted to broaden the net about drawing people into government, so it made sense to move it to a free publication”.

The job adverts have also been introduced into the digital space with an app but Liphoko says government is looking to take this concept even further, where people can apply for government jobs without ever leaving their home. 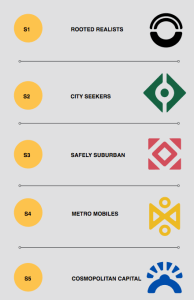