A life well lived as industry bids farewell to AMPS 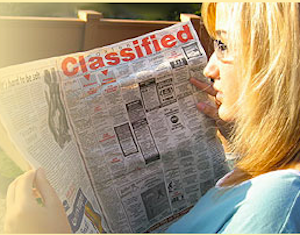 The media and marketing sector this week bid farewell to the 40-year-old All Media Product Survey (AMPS) and also revealed a way forward for Saarf.

It was inevitable that the presentation of the final AMPS report would be an emotional event, and a difficult one for the many stalwart supporters of the South African Audience Research Foundation (Saarf).

Introducing the proceedings, Johan Koster, the interim CEO, reminded the audience that Saarf had existed for 40 years, a period that inevitably had spanned both highs and lows – “days of sunshine”.

Sue Scott of Nielsen presented the regular overview of the final AMPS report with great fortitude and commendably dry eyes. Then Andrew Fulton, of Eighty20, took the audience through a fascinating retrospective of the past 40 years of AMPS, from its birth through to its retirement, as he delicately phrased it. Having ferreted through the Saarf archives, and having had some useful input from Barbara Cooke, Fulton certainly managed to sketch a fascinating story of a “life well lived”. It was also the story of massive change.

The first AMPS reports were cumbersome paper tomes, and needed to be tackled with a ruler to ensure accurate reading of the numbers. Microfiche reports then offered a neater storage solution. In turn, these gave way to CDs and finally the data became available online. From tracking readership, the report evolved into a single source multimedia study.

His presentation also demonstrated how AMPS data tracked social and political transformation. The major occupation of women was once that of “housewife” and relationship status classifications were simple in the extreme. Racial classifications were the initial basis for market segmentation.

A concept such as the ‘New Consumer’ (a grouping of white, coloured, Indian and urban blacks) eventually evolved into the Living Standards Measure (LSM), as a solution to non-racial segmentation. (It is one that is now questionable.) The post apartheid shift of wealth was clearly demonstrated.

Having so engagingly told the story of remarkable change, it was slightly disappointing to hear Andrew Fulton conclude his presentation on a note of irredeemable loss. Fortunately, Gordon Patterson, of OMD, provided a sensible counter-balance to this, giving an update on the Establishment Survey Research Committee’s achievements to date. He stressed that the Establishment Survey (ES) was not intended to replace AMPS as the industry knows it. It is a single minded and focused survey designed to provide an understanding of the SA population and broad media consumption habits.

He reflected on the fact that, although the funders of the ES were the Broadcast Research Council (BRC) and the Publisher Research Council (PRC), the engagement and views of the media agencies and marketers were critical in producing a product that would be credible in the industry. He pointed out that mere tokenism would not suffice, but also pointed out that decisions could not be reached on the basis of consensus, as had been the approach in the past.

New times require new approaches. In a scenario, where it was important to move forward swiftly, simple majority voting was more appropriate. He was clear in stressing the need for transparency in the process, and gave examples of how both the questionnaire and sampling framework had been opened up to discussion and rigorous debate.

He also highlighted the mature pragmatism that had enabled the stakeholders in the industry to arrive at an understanding that reciprocity would provide the basis on which all the research could ultimately be married together.

He warned that, in his view (and, indeed, the opinion of many others) LSMs were past their sell-by date, and that it was time for a new socio-economic segmentation. Nevertheless, he reassured the audience that this would not be unilaterally sprung upon the industry. Instead, there would be intensive stakeholder engagement.

The Marketing Association of South Africa (MA(SA)) and the Advertising Media Forum (AMF) are the last remaining members of the organisation, and will undertake its transformation into a joint industry committee representing the interests and research needs of these two organisations. A new and smaller board is to be established to facilitate more agile decision-making. A new mandate for the organisation will be agreed upon, together with a new Memorandum of Incorporation, a business plan and a new name.

The funding model and levy collection method have not yet been resolved. Hollis indicated that the goal was to secure the marketers’ commitment to funding by the end of July this year and to resolve the funding collection by the end of September.

This would then allow for the start of a tender process for the new research contract, with the issuing of a RFP (Request for Proposal) by the end of November. In broad terms, this research contract will be to provide data to replace the brands and product information that was included in AMPS.

The exact scope of research has not yet been defined. It will not be a replica of the existing AMPS Brands and Product section, which has become cumbersome and lengthy. There is interest in ‘A Day in the Life’ approach providing the foundation for the research. The intention would be to award the tender by July 2017, with fieldwork commencing in January 2018 and the first results available in September 2018.

There is a breathtaking amount of work that has to be done by these two constituencies, but with AMPS finally having come to an end, they can now focus on the way forward.