The day media agencies were held to #MMRansom 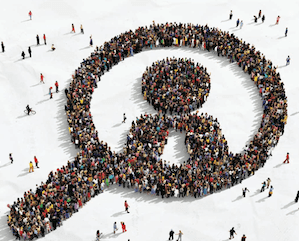 Tight budgets, too much information, too many channels… media agencies battle sometimes to cut through the clutter. So Mediamark and its PR agency, Idea Engineers, came up with a plan…

When days are dark… oh hang on, that’s the news that SABC has canned Day of Our Lives… Still, when days are dark, and budgets are tight, what does a multimedia sales agency have to do to get the attention of media agencies?

Hold them to ransom, of course!

That’s what Mediamark did this month in a successful effort to communicate its power in reaching different segments of South Africa’s markets. The company charged its PR firm, Idea Engineers, to come up a clever plan to spread the word, so to speak.

“Mediamark needed an interruption strategy and campaign that would make an impact, create talkability and could play out on social media,” says managing director, Sandy Heath. The company wanted to “communicate that Mediamark can cut through the clutter of an already crowded space and get right to the heart of the person you want to speak to, we needed to design a campaign that would do exactly that”. The strategy had to break through the “plethora of trade communication, creating interest, interaction and engagement”.

How to do that? The company had to figure out how to “communicate the message that Mediamark is a market leader and holds considerable power with regards to penetrating very specific market segments. This is especially true for Mediamark Radio, and with the recent acquisition of Kaya FM – Mediamark now has even more impact in this competitive environment,” she says.

“How does one best draw the attention of someone? You capture the person most important to them! In this case, the middle market… and then you hold them to ransom…”

This they did by coming up with the #MMRansom campaign. Charlie Wannell, marketing manager at Mediamark, takes up the story. “Mediamark set up ransom activations or ‘crime scenes’, at 12 of the largest agencies in Johannesburg and Cape Town. Alongside the activations, Mediamark also delivered over 700 ‘evidence bags’, which included a ransom note and a thumb USB to industry agencies and clients,” she says. 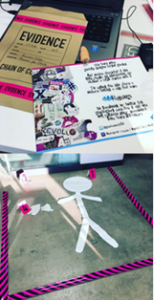 To unlock the information held on a ‘thumb’ USB stick, the media agencies posted photographs of themselves using the hashtag #MMRansom on Twitter and Facebook. “Usually, direct marketing campaigns have engagement rates of about 3-4%. This MM campaign achieved 10% engagement with the target market,” Idea Engineers reported. 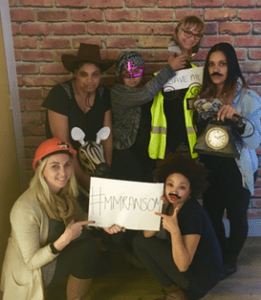 Wannell says it’s still to early to gauge the return on investment, but says the campaign wasn’t a once off price promotion. “Mediamark’s objective with the #MMRansom campaign was to launch guaranteed market segmentation packages to highlight the brands in its portfolio. This is something new and innovative for us and the radio industry, so the drive was very much to create awareness and to educate,” she says. “One of the biggest challenges we face is to capture the attention of an industry that is overwhelmed and over-communicated with. By grabbing their attention, our sales teams now have the opportunity to meet with them on a one-to-one basis and explain our offerings in-depth. This in itself is great ROI.” 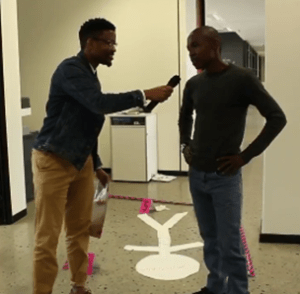 The response, she says, was “overwhelming”.

“So many people took time out of their busy schedules to communicate with us on our social media platforms. We were bowled over by their creativity and it was great to interact with them in a fun way,” she says. “Was it the lure of a prize or the threat of the ransom? … we can’t tell…” 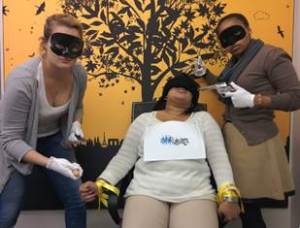 To see more images, go to #MMRansom on Twitter.