LATEST NEWS
Home News Mediamorphosis: How, why and what is next?

Mediamorphosis: How, why and what is next? 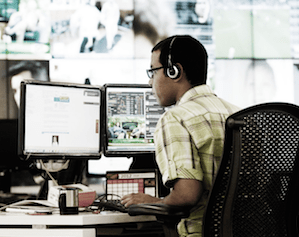 The Future of Media Conference has become a landmark event for marketers, advertisers and media owners. Historically the programme was recognisably structured around the challenges facing legacy media.

By contrast, the 2016 agenda was firmly future-facing, offering topics ranging from the rise of virtual reality, location media, big data and gamification, to the reassuringly familiar topic of branded content. Attendees were promised they would learn about “navigating a new brand (Uber) − the new world order” and “start-ups − the new age business model”. The agenda was packed with provocative topics and tech gurus.

It was the international keynote speaker Juan Senor, a partner at the Innovation Media Consulting Group, who completely captured my heart and mind. The Innovation Group helps “news media to reinvent their editorial models, strategies, products, design, newsrooms and workflows and narratives for the digital age”. Its stated aim is to “help them increase their reach, relevance and revenue through innovation across every product, every story and every platform.”

Currently the consulting group is working with Times Media to transition the company from predominantly print to a digital newsroom environment. The project entails not only the introduction of new process flows and editorial models but, most excitingly, the restructuring of its newsrooms, which will soon be moved into a purpose-built facility.

Roadmap to the future

Senor’s presentation, catchingly entitled ‘Mediamorphosis’ provided a roadmap into the future, but also reminded us that no medium has ever been wholly replaced by another. The digerati, and even some print publishers, continue to predict the death of print. History, however, gives us example after example of how media adapt their roles within an evolving landscape. Cinema did not obliterate theatre; television did not annihilate radio. A self-described “optimist who worries”, Senor predicted print had at least a good 10-15 years of health ahead of it, and that as print is the bridge to digital, publishers should not allow it to crumble.

An analogy which offered further hope for print was that the physical paper product was the equivalent of “haute couture”, whilst digital was the “pret-a-porter”.

The biggest problem that news media faced was that of commoditised news, what he described as “peanuts”, as opposed to high value content or “caviar”. To survive and flourish, content producers need to move from the “who, what, when and where” style of reporting to a more analytical approach, addressing the questions of “how, why and what is next”.

Senor pointed out that this was the first year that reader revenue had exceeded advertising revenue on a global basis. Previously newspapers had relied on a comfortable split of 50% circulation to 50% advertising revenue. This revenue had come in comfortable dollar denominations; going forward, publishers would have to adjust to “stacking the cents” to build those dollars. He identified four sources of revenue: readers, events, branded content and the provision of marketing solutions to advertisers.

He dismissed digital display advertising as “woefully inefficient”, advocating the need to move from “clicks to clocks”. Rather than simply trying to sell vast numbers of impressions, it was necessary now to be able to offer advertisers an engaged audience. The most basic measure of engagement is “time spent” with a medium, but Senor suggested further refinements: proof of depth e.g. that the article was actually read in full, loyalty and habit e.g. consistently returning readers and proof that the reader was indeed human, and not a “bot”.

Publishers who owned qualified and quantified audiences would be well placed to “own a share of the advertiser’s wallet”. Senor’s advice was that it was necessary “to go deeper to go bigger”. The days of trying to present the reader with “all the news that’s fit to print” are over; it is now time to claim a franchise, and do fewer things really well. Having really worthwhile “must read” content is the only way to convince readers to pay for content.

He cited the Svenska Dagbladet as an example of success in this area. (It was also the recipient of top honours at the International News Media Association Global Awards.) In 2015 the publication succeeded in becoming the largest online daily in Sweden. Impressively it increased its online revenue, from both advertising and readers by 28%; and grew its digital subscribers by 79%. A smart paywall, accomplished storytelling, and a thorough understanding of its audience’s needs were the foundation of this accomplishment.

Freemium the route to go

Besides advocating freemium as the route to go, Senor advised that publishers should embrace “mobile first”, in particular, remembering to design for mobile. It is the way to reach a large audience and to migrate readers to “caviar” content. He also stressed the importance of video, which represents about 80% of content currently being uploaded to the net.

Once again, he reminded us of the need to create appropriate video content. For the consumer viewing video on a mobile phone, low streaming costs trump high production value extravaganzas. The good news for content producers is that there are a range of low cost production options to be explored e.g. infovideo and video using stills and text.

Of course, if news media are to transform their products, Senor underlined that they need “new kitchens”, new newsrooms. He shared some examples of the newsroom designs Innovation Media have delivered across the globe, and gave us a glimpse of what the new Times Media newsroom will look like. The move to this facility is only months away; it will be fascinating to see how this splendid looking new kitchen will affect the menus Times Media offers its audiences.