In a ‘fiercely volatile’ world, what can media agencies expect in 2017? 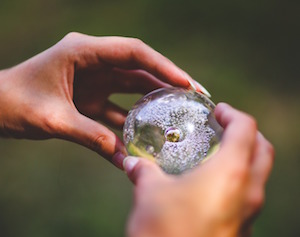 I was tempted to write this article in the same style of that famous joke book “Everything that men know about women”. This massively thick book, when opened, displays a multitude of blank pages. Pretty much what men do know about women, I suspect. I think anyone who looks to predict the future here in South Africa is reading from a similar book.

Yup, believe it or not, it is that time of the year again, where everybody makes their predictions for 2017. Look out for headlines coming your way like: “2017 – The year of … (insert the most recent ad slang-ism)”.

I have a slightly different perspective on it. I think that the world we are living in at the moment is so fiercely volatile, that it would be foolish to predict with any level of certainty, what the market is going to do next year.

Let’s use the rand/dollar exchange rate over the past 12 months as a starting point. Who would’ve guessed that from R13.80 this time last year, that we would shoot up to R17, come back down to R14, back up to R16, and back down to R13?

What a rollercoaster ride it’s been! The only consistency seems to be inconsistency. And we are only in September! Anyone brave enough to predict what the below curve will look like in December, let alone in a year from now, is a brave person indeed. 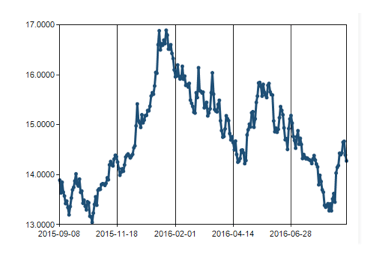 The question we get asked every year around about this time is becoming harder and harder to answer: What do you expect market growth to be in 2017?

There are so many factors at play. What will happen with the massive internal political crisis our country is facing? Will we be demoted to junk status, and what will the impact on the economy be? Will we get enough rain this summer? How will the new political dynamics in Tshwane, Johannesburg and Nelson Mandela Bay play out?

Of course there is also the international market to consider. Will Trump actually win the election? If so, is he going to build a wall around Mexico? The real implications of Brexit are starting to settle in, and there’s a generally unstable, uneasy global pushing and shoving game going on between some of the world’s major super powers. Interesting times indeed.

A little closer to home there are other market factors that might well influence the market next year. Like research. Next year we will start seeing the results from the new Establishment Survey (ES) and with it the new PAMS, ROAD, TAMS and RAMS data (of which we have seen some results already). How much of an impact will it have? Significant, I suggest. What will the results show? I have some suspicions, but can’t tell with any surety. Can I predict with any certainty what TV station X will grow by next year? Absolutely not!

However, as a media agency it is our responsibility to draw a line in the sand somewhere. We get paid to make informed predictions. So here are a couple of thoughts that I have on 2017.

Good luck with the last 100 days or so of 2016. (Yes, that’s right…). Stay smart, keep your ear to the ground. There are still great opportunities around for those who look hard enough.

Chris Botha is group managing director of The MediaShop.