Eight OOH trends to watch out for

Posted By: Michael Bratton: November 28, 2016In: Out of Home
Print Email 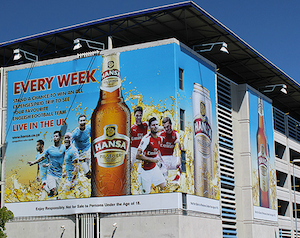 It is estimated that the worth of the South African out of home (OOH) sector will grow to R4.8bn in 2020, from R4.2bn in 2015. This is according to PwC and was the starting point for OOH player Provantage’s trend forecast in this media space. Michael Bratt spoke to Provantage managing director, Jacques du Preez, to find out more.

The PwC research reported that digital OOH made up 22% of total OOH in South Africa in 2015 and is expected to grow to 37% by 2020. This is the basis of Du Preez’s first trend. “You have to be in digital. It’s the future. If you’re not in digital as an out of home player you are looking for trouble. And it’s a key component in terms of growth going forward,” he says firmly.

The provision of credible research data is another trend Provantage observes with Du Preez commenting, “We predict that the introduction of OMC will fuel OOH growth in South Africa”.

The centralisation of buying and the consolidation of media buying is his third trend. “We saw this trend come quite a while back. It is most certainly manifesting itself. Why it should be watched is that, on the flip side, it’s very important that you are a sizeable OOH media company and that you’ve got diversified income streams. You almost have to have a scale type of sizing to balance the centralising and the consolidation of the buying on the media agency side,” Du Preez says.

The fourth trend looks at the regulatory environment. “We expect to see more regulation with regards to OOH media, especially in light of the recent local election results,” he says.

The fifth trend has everything to do with major infrastructure projects including projects, improvements and extensions. “This will be very important and it will also stimulate OOH media growth. These are things like ACSA, the Gautrain extension programme, all the BRT projects that are on the go. They will all boost OOH because they are natural incubators for OOH media,” Du Preez explains.

The sixth trend, which Du Preez says is “quite big and one to watch in future”, is the integration of social media and mobile media platforms on smartphones with OOH media types. Living in such an interconnected world, it is vital to integrate different media types, particularly digital, into traditional media.

The penultimate trend that Provantage identifies is the impact that smart cities will have on OOH. “They (smart cities) will be looking for value exchange partnerships with OOH media companies and that’s in order to cope with mass urbanisation and service delivery, and that will create quite a lot of opportunities and unique opportunities for OOH,” he says.

Lastly, but just as important as all the others, is a trend concerning consolidation in OOH. “With over 150 different media owners in SA, we believe that the OOH media landscape will consolidate even further. That was driven by JCDecaux acquiring Continental, but we think that trend will continue and it’s to do with all of the above trends,” Du Preez says.

Provantage, which is now the third largest diversified OOH company in Southern Africa, recently expanded its portfolio of offerings by unveiling Mall Ads, and Corporate Digital Television (CDTV) which focuses on providing digital platforms for retailers specifically, and through the acquisition of Outdoor Network, which now makes Provantage the third biggest billboard company in South Africa and the biggest street furniture company in the country.

These moves have positively impacted the group’s financials. “We have grown our 2016 revenue and profits way ahead of the market,” Du Preez says, adding  that Provantage has selected a number of other attractive OOH media environments that the group will be entering into soon, as well as expanding into other selective geographical markets, where the group believes it can achieve appropriate scale.