LATEST NEWS
Home Agencies ‘The future of advertising is in marketing’

‘The future of advertising is in marketing’ 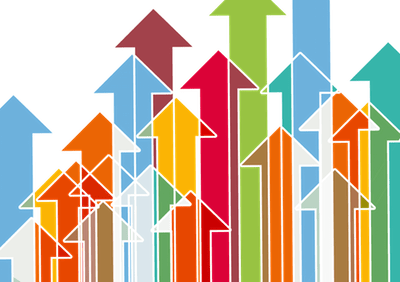 Many people talk about the future of advertising. It’s a hot topic, especially when you come from an agency background. I’ve sat in debates and had exchanges with people on the agency side about this over the last few years and my conclusion is a simple one: The future of advertising is marketing, and agencies’ structure is changing to reflect that.

While agencies morph into something different, they are encountering new competition in the form of consulting agencies looking to broaden their areas of influence.

The agency business is like a pendulum that swings from generalist to specialist approaches and back again. Over the last 20 years, it went from generalists delivering campaigns across all media, to specialists, with the development of digital and social agencies and others.

As media dollars are consolidating, the agencies are also consolidating and you’re getting large holding companies merging back to those specialist shops once again.  On the other end, we have consulting shops getting into creative and even media buying, taking advantage of programmatic and algorithmic media buying alongside systems integration and brand transformation work.

As this consolidation increases, you’re seeing some agencies expand from media or creative, beyond paid media into earned and owned media, developing strategies for customer experience on a broader scale.  This bridges the advertising world into the marketing world and has agencies pitching more holistic solutions than they did previously over the last 10 years.

For proof of this fact, simply look at the buzz around the consolidation of ad tech and martech.  Whether you agree with this observation or not, the truth is it’s a conversation that’s going on. My argument is that it’s not an industrywide effort, because advertising and marketing operate on two fundamentally different languages — but clients have a rational reason to try and at least get some co-ordination between the two. It’s a matter of efficiency. After all, in a landscape that appreciates customer-centricity, customers do not differentiate between advertising and marketing. To them, it’s all one brand experience.

All that being said, an analogy that works for me is thinking of differences between the Romance languages — for example, Spanish and Italian. When you have a Spanish speaker and an Italian speaker in the same room, it’s very clear they are not saying the same thing. Communication between the two is hard— but when you dissect the languages they’re speaking, there are similarities, and in many cases they can get their points across to each other, although some of the details may be misunderstood.

A tool in the tool box

The same can be said for advertising and marketing: Many of the details may be misconstrued, but the end goal is probably the same. One may be speaking in terms of CPM and impressions while the other speaks of reach and frequency or recall and awareness. The end goal is the same: driving an action and creating an experience, and that’s the role of the agency in this consolidation. It’s to be a translator who can speak both languages and deliver value to both sides of the conversation.

This is why I think the future of advertising is in marketing. Advertising is a tool in the toolbox, one tactic that a marketer has to work with. But advertising folks need to understand the broader set of tactics available for creating a truly effective customer experience.  When advertisers are thinking more broadly, they can provide greater value.

Agencies will succeed if they automate their basic executional elements and can broaden their role to engage in more efforts outside of paid media.  This is doable when they continue down the path of consolidation and delivering value across all of the tools.  They need control over all the arrows in the quiver, and need to know when to shoot which ones.

I don’t think this is an entirely new idea, but I think it’s something some agencies are starting to grasp more quickly than others.  The consulting shops certainly are getting it — and quite quickly, as well.