LATEST NEWS
Home Agencies The only constant is change – and consolidation

The only constant is change – and consolidation 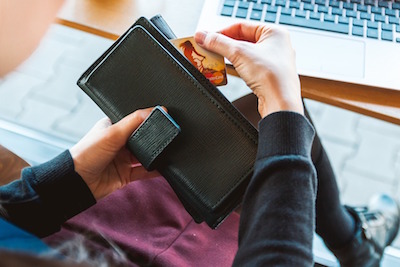 Reviewing a piece of proprietary research that my team pulled together, one thing jumped out at me: 70% of marketing executives said data-driven marketing is a core element of all or nearly all their campaigns.

This struck me because it seemed the industry has matured much faster than mostly anticipated, resulting in the path toward consolidation picking up steam.  In a mature stage of the customer lifecycle, customers tend to consolidate their partners with larger, trusted companies.

In earlier stages you see testing and innovation, while in later stages it’s about scale and maximisation of budgets. I believe this is panning out when you look at recent news of company acquisitions across the ecosystem.

If you look back, you can see the signs pointing toward this moment. The last few years have seen a massively over-capitalised, extremely cluttered ad- and martech landscape.  Investors flooded the market with funding to try and be one of those last brands standing in this area of B2B.  The last 12 months have seen the aforementioned maturity of the customers resolve into a short list of “winners” in the space who are pulling away from the pack, and the pack itself is starting to dwindle.

I was recently shown a list of demand-side platforms (DSPs) that a company was considering as partners. It was over 60 companies deep — which completely surprised me, until we dove deeper into that list.  I estimated that around five to seven of those companies represented at least 85%-90% of the revenue in that category, and 99% of the general conversation in the DSP market.

The DSP space has definitively consolidated, and the winners are pretty much announced. Unlike the recent Oscar flub, these winners are clear, offering the only true viable alternatives to the standard spends against Google and Facebook.

Across the landscape, there are many companies who raised a series A and B and in too many cases even raised a C or D round.At a glance it seems those companies were more focused on raising money than committing to a vision.

When you achieve a certain level of success with a start-up and the revenues start increasing, you can get distracted and start diluting your offering in order to maintain staff count and revenue goals. It’s actually pretty easy to get to $5 million and $10 million in revenue. Even $20 million is achievable with certain steps taken, but getting beyond $20 million to $40 million mark and eventually breaking through to get closer to $100million is not easy.  These require focus and a real competitive advantage.

This can be offset by expanding your offering and sometimes that leads you to start doing things that take you off course and divest from your initial vision.

This is a slippery slope, because focus and clarity are crucial to operating a successful business. Many of the companies who went to a fourth or even fifth round of funding may have done so due to pivot after pivot.   It’s hard to make the hard call, and many companies did not — which is why you see some bargain basement sales of companies who at one point may have been media darlings.

This adds to the path towards consolidation because investors have to take their money out at some point and its better to get a 1:1 return than to lost the money you sunk. We’re seeing that now, as some companies are getting massive board pressure to sell.

To me this is more proof that the category leadership is becoming well defined and the room available to start-ups in these spaces is shrinking.  Its not to say that some upstart companies can’t get a hold going forward, but to do so would require significant product innovation and a commitment to working with less outside funding and more scrappy growth strategy.

Any company whose positioning starts with “we’re like so and so but different…” is doomed. True innovation doesn’t come from a standard comparison to a company with billions in revenue. It comes from tackling a different problem when that problem is a priority for the audience.  Right now the marketing audience is pretty standardised on what the challenges are — and there are already viable, large options for each.

Of course you can argue all three of these observations in global markets.  My point of view on maturity is very North American-focused. It’s a majority of the opportunity, but global is certainly an area with different challenges. Do you agree?