Posted By: Cory Treffilettion: May 15, 2017In: Digital
Print Email 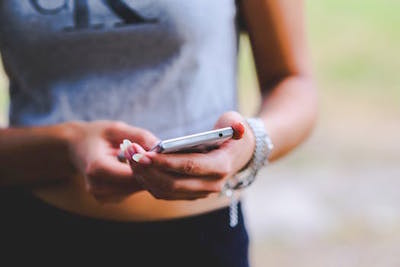 Some say content is king. Some say data is king. I think it’s a duopoly, not a monarchy, and recent moves from Facebook and other Web giants just may be proving me right.

There are rumours Facebook TV is going to be launching as early as mid-June. This strategy is consistent with what’s been seen of late across the rest of the digital media ecosystem. Netflix, Amazon, Hulu, Snapchat and now Facebook – everyone is getting into original video programming.

Google led the way, of course, with YouTube and now that strategy is paying off as the conversation shifts from what’s going on behind the scenes to what’s right out in front of the camera.

Amazon surprised many when it launched  original video programming, but the move was a logical expansion from a data-driven commerce business, balancing out the data with content.

The logic says that if you can get them, and keep them, you gain more insight into who they are — plus, you have more real estate and time with which to monetise the interaction.

Facebook is probably the second biggest online data business, with Amazon or Google in first place.  It may not be so in terms of overall revenue derived from data, but from the scope and scale of what the company knows about the consumer I would be willing to bet  that’s true.

Traditional TV businesses were late to this realisation; digital companies showed them the way to go.

Facebook is probably the second biggest online data business, with Amazon or Google in first place.  It may not be so in terms of overall revenue derived from data, but from the scope and scale of what the company knows about the consumer I would be willing to bet  that’s true.

Facebook has become the de facto news and entertainment source for a generation of people, with the lines blurring between the two in many cases. For the company to dive right into original programming makes sense, because it can retain even more of the time spent in digital by the valuable audience it aggregates. What’s more, the content further cements Facebook’s hold on the consumer across devices, as more and more video is being consumed on mobile devices and Facebook is by far the most important player in mobile.

The traditional TV business can’t like this move, since it creates another very formidable competitor for its valuable audience. That being said, I would expect that if Facebook is successful in amassing an audience, that companies like Disney and Viacom and NBCUniversal could start looking at Facebook as a channel and cut deals to distribute their shows on the platform as well. This creates a major obstacle to the retention of consumers for traditional cable operators and even more interesting conversations around how to monetise this content if subscription revenue continues to drop off a cliff.

What it all proves to me is that you can’t have data without content, and you can’t have content without data. In the immortal words of Forrest Gump, data and content are like “peas and carrots”.

Platforms like Facebook are betting that content is part of the mix and essential to their audience retention strategy. It’s also an important strategy to woo the younger audience who to date may not have been interested in Facebook, as they have tended to use Snapchat and different platforms like Musical.ly. Once they’re in you try to get them using the social elements and get them hooked on the world of Facebook. You provide them with a means of getting in, and then show they what they may be missing!

It’s an interesting world out there — one that is seemingly changing all the time. Are you ready for TV on every channel?