TV ads should start the conversation, not just broadcast a message 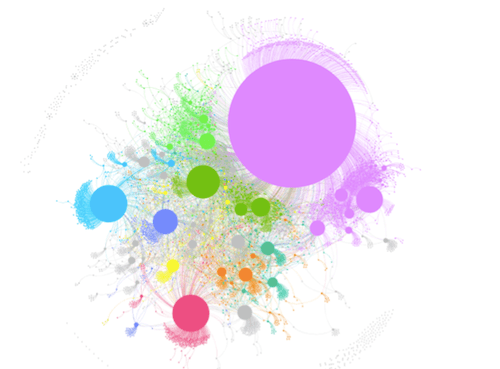 This June I was excited to read in this publication that a South African had won silver in the Admap Prize 2017, an award that “encourages and rewards individual excellence in strategic thinking in brand communications”.

The topic set for WARC’s annual essay competition was ‘How should TV and social media be used to maximum effect”, clearly a topic of interest to all advertisers. Our local hero was Kyle Findlay, a data scientist who heads up Kantar Innovation’s global data science team and knowledge management at the Kantar TNS Global Brand Equity Centre.

I was even more excited when Mediamark agreed that Findlay should be the debut expert speaker, in the next evolution of its In The Know, Now initiative. This is designed to share learnings with the media industry and to help with upskilling media practitioners, both experienced and novice. With one of the stated objectives being to help ramp up understanding of the relevance of traditional media and how digital dovetails to improve ROI.

Findlay’s opening slide had the audience intrigued: What was that psychedelic art or neon stained bacteria growing in a petri dish? He explained that was a network map which showed how Twitter users interacted with each other around a specific topic, and that over time, he and his team had been able to detect which patterns were most effective. Twitter data is freely available, and is, therefore, ideal for tracking how social conversation develops, or, sometimes doesn’t.

The first tip that Findlay imparted was that TV should be used to start a conversation rather than simply broadcast a message. Using examples from some of the most competitive international media events (the Super Bowl in the US and Christmas season in the UK), he also illustrated that it is not enough to simply produce tear inducing, heart wrenching commercials.

The 2015 Budweiser Lost Puppy commercial had even this ailurophile discretely sniffing. It had certainly aced the measures of ‘Novelty’ and ‘Affect’ which Kantar use to measure effective communication. The first is necessary to ensure that our busy brains take note of the communication: the second is necessary for a pleasant dose of hormones such as dopamine, to flood our system. But a third measure is crucial in ensuring that our brains actually lay down memory: ‘Relevance’. Lost puppies have nothing to do with buying beer, and the branding in the commercial was painfully understated. As Findlay, put it, Budweiser had produced the “most expensive cat video”.

And when viewers saw it, they made the American equivalent of ‘ag, shame’ comments, retweeted it, but did not move into any sort of engaging conversations about it. The ‘Bud’ network map was a classic “hub and spoke” shape, which has limited value as it is not behaviour changing.

By contrast, the 2014 John Lewis ‘Monty the Penguin’ commercial scored well across all attributes, with the story of a young boy’s fantasy relationship with a lonely penguin, having relevance both in terms of the advertiser being a family store, but also because it is about meaningful gift giving. Viewers responded in a far more engaged way; the network map showed that John Lewis remained the anchor during the campaign, but numbers of sub communities became engaged.

There was a community around the specific campaign site which lit up with exchanges about the commercial. This happened across YouTube celebrity communities, YouTube sharer communities as well as across the selected charity (WWF) community. There was even a community producing spoof videos. The conversation was decentralised and organic, and an illustration of Findlay’s second tip that it is necessary to shepherd rather than control the conversation.

He also showed how two brands had dealt with World Cup campaigns. The first simply sponsored a famous footballer to mention the brand – resulting in a hub and spoke pattern, with the communication dissipating into the ether. The second brand planned and prepared, developing a campaign account, partnering with a number of musicians, and setting up a YouTube account for its ad content. With the ground properly prepared, when the campaign was launched the ecosystem responded.

The final piece of advice that Findlay mentioned, based on work done by another team within Kantar, was that advertisers should not give up too soon in shepherding their social conversations. The three tips on which he focused were eminently practical and useful, and very clearly illustrated, making this presentation a valuable addition to Mediamark’s upskilling programme.

If you were not able to attend the presentation, log into www.intheknownow.co.za to catch up.

In the interests of full disclosure, Britta Reid consults to Mediamark on projects for the In The Know, Now initiative.