World Press Trends 2017: Trust is the new currency for success 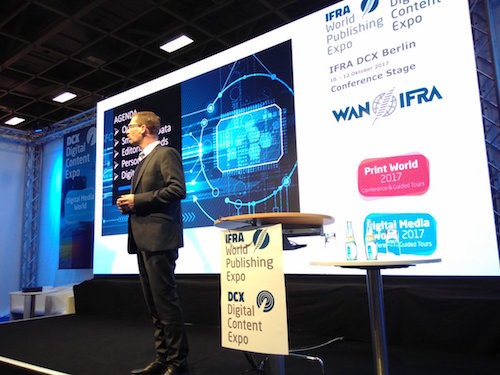 
Reader revenue continues to be the biggest source of income for news publishers, a fact reinforced by the World Press Trends 2017 report.

According to the survey, published by the World Association of Newspapers and News Publishers (WAN-IFRA), 56% of newspapers’ overall revenue came from circulation sales (print and digital) in 2016. In order to retain and boost this percentage, news media has to curate loyal audiences with high-quality journalism, and most importantly, build trust with their audience.

“The decline in trust is the biggest risk we face as an industry, and all our efforts must be with the aim of getting it back,” says WAN-IFRA CEO, Vincent Peyrègne. “We used to trade in attention. But trust is our new currency. Any decline in trust erodes the foundation of our business: credible, first-rate journalism.”

Dean Roper, head of insights at WAN-IFRA, said there are two sides to the trust issue. “At a time when trust in traditional media is perhaps at an all-time low, ironically, opportunity knocks for news publishers. And perhaps in a big way,” he said. “And who would have thought it after… Brexit? The US presidential election? Just two major news developments that resonated beyond borders and rocked the foundations of newsrooms’ credibility – ‘the elite’. But with fake news and disinformation rearing their ugly head, and generally, social media gone wrong, trust in traditional media got a shot in the arm.”

Roper said on the business side, “publishers took a pummelling from the likes of Google and Facebook, leaving them mere scraps of digital advertising revenue. Yet big brands’ ads showing up in all the wrong places on some of those platforms, for example, raised the whole brand safety issue to a new level. Opportunity knocks”.

Aside from the emphasis on trust, here are some of the other interesting findings from the report:

According to WAN-IFRA, “Despite the increasing focus on reader revenue and the overwhelming domination of digital advertising by internet giants, publishers have opportunities to carve out more of the ad pie by forming alliances and leveraging their high-quality brand environments.”

The vitality of the news industry

“Freedom of expression is a fundamental right, a touchstone of all our freedoms. Solid independent news publishing companies are one of its basic pillars. Our ‘Make Publishing Successful’ campaign is a profession of faith. It is a call for innovation as the culmination of a strong global network”, says Peyrègne. “Together with our international media network, we want to drive home this message to the public, as well as to policy-makers.”

All of the interested parties agree that democracy thrives when people are informed by a sustainable, innovative, and independent news media ecosystem, and this is the basis on which the campaign is being built.

“In times of rapid changes, people rely on information they can trust and that helps them understand what’s happening in the world. Despite considerable pessimism about the future of journalism, we have the opportunity to create our future,” says Michael Golden, Vice Chairman of The New York Times Company.

Innovative platforms to help publishers meet the ever-changing demands of their consumers need to be created, supported by a flood of new technologies, products and business models.

“Commercial success, especially in digital times and continually changing economic conditions, cannot be taken for granted,” says Alexander Petsch, CEO of Publishing Exhibition. “Newspapers, whether print or online, continue to have a wide reach, are well respected brands and employ many outstanding journalists. Their circulation and readership data are compiled and certified by independent organisations. But the digitisation and self-marketing of the media are major challenges that must be confronted.”

The basis of the report

The report is focused on three themes: trust, “from reach to relationships”, and “advertising rebooted”, and analyses the data collected from WAN-IFRA’s annual survey of more than 70 countries, in addition to the insights and data from its global data partners. A new feature this year is the inclusion of new traffic insights from global data partner Chartbeat.

The report can be downloaded by clicking on the image below. It is free for WAN-IFRA members and a nominal fee is charged for non-members. 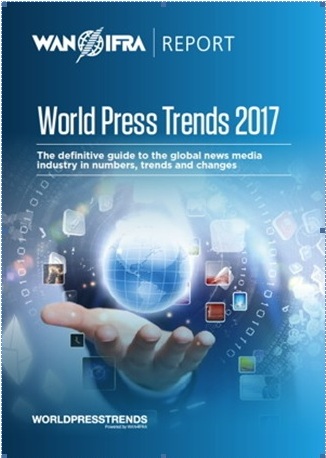