Talent and management vital to growth of agency biz in Africa 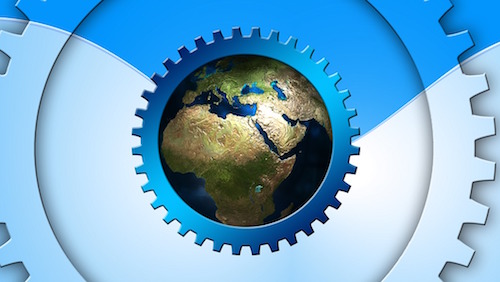 With low growth in North America and the European Union, it is little wonder that marketers and their suppliers have an intense focus on Africa. With a core strategic priority to grow revenues out of fast-growing markets, talent and management is a vital component.

In September 2016 the McKinsey Global Institute published a report, entitled ‘Lions on the Move II: Realising the Potential of Africa’s Economies’, addressing the question of whether Africa’s growth was “running out of steam”. It acknowledged that the overall growth rate between 2010 – 2015 had dropped to 3.3% from 5.4%. This decline was not uniform. Excluding the oil exporting countries and the North African countries destabilised by the Arab Spring, the average growth rate for the remaining countries was 4.4%.

Strong fundamentals underpinned this growth: A young and growing population, the fastest rate of urbanisation in the world, job creation outpacing the growth in the labour force, the development of technology, and growth in consumer and business spending. But, if Africa’s potential is to be realised, corporate Africa needs to step up its game. Strong government is needed to mobilise resources, diversify the economies, improve infrastructure, strengthen regional interaction, ensure healthy urbanisation and “create tomorrow’s talent”.

With low growth in North America (2.0%) and the European Union (1%), it is little wonder that marketers and their suppliers have an intense focus on Africa. The WPP Annual Report & Accounts 2016 states a core strategic priority to increase “the combined geographic share of revenues from the faster-growing markets …to 40-45% of revenues”. It states, “talent and its management…remain at the heart of our reason to be: That is what our clients pay us for”. 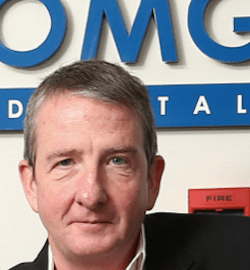 An upbeat Josh Dovey (left), CEO of the Omnicom Media Group Africa, indicates that there is no shortage of ambitious and highly educated personnel on the ground. Given that mediaReach OMD, lays claim to being “West and Central Africa’s largest Media Agency network”, it is appropriate that he should use Nigeria as an example. Dovey points out that the media landscape here is a complex one, with over 200 TV stations and more than 220 radio stations: This does not present a challenge. Neither do the basic requirements of compliance.

Peter Jackson, CEO of Grey Africa, acknowledges that “younger, better qualified staff are starting to be integrated into the local marketing and communications business”, but cautions that an emphasis on academic qualifications often takes precedence over a knowledge of advertising fundamentals.

For Henk Pretorius, co-founder and CEO of Columinate, the low awareness of research as a career option is the challenge. Anecdotally, he says that “researchers often joke that everyone’s career story is about how they ‘ended up’ in research. Strong students don’t know about the possibility of a career in marketing research…there are almost no formal programmess for studying market research. As a result, students who have enrolled in courses towards other careers (in for example marketing, psychology or statistics) need to be convinced to move to research – not an easy task!” This is a complaint he also hears from international colleagues; it is not a continent specific issue. 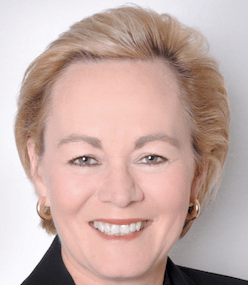 By contrast, Robyn de Villiers (left), chairman and CEO of Burson-Marsteller Africa, believes that there is a growing awareness of public relations as a desirable career. With the network having representation in 53 countries, she is well placed to caution against continental generalisations. She points out that some countries are well developed with educational opportunities that provide a pool of qualified graduates ready for training. Unfortunately, this is not uniformly the case. She stresses that over the 25 years that she has been involved in Africa, training has always been a critical element of the relationships with partner agencies in Africa, and is fact, built into their contractual agreements. She was also involved on the steering committee that launched the WPP Africa Academy in Johannesburg, South Africa, in collaboration with the Red & Yellow School of Logic and Magic in 2016. This initiative provides WPP companies across Africa with access to a range of accredited skills development programmes, occupationally-directed courses and workshops.

The ‘A Generation Study’ into African youth trends, which Burson-Marsteller carried out in 2016, co-incidentally provided some useful insights into the aspirations of African Millennials. It seems they were not that different from their counterparts elsewhere in the world: They want to work for companies with whose culture they resonate, and want to feel part of a broader purpose. Reassuringly, the study also identified a solid commitment to building a positive African future, jettisoning the old hard luck stories.

Grey Africa’s Jackson concurs with the need for a purpose, saying: “We sell those we recruit with a vision, not just a job. We ensure that those who join us tap into the long term vision of this agency to be the best agency in Africa, and to see themselves playing a role in bringing this dream to reality.” The result is that “we rarely have short term appointments and sometimes build capacity ahead of requirements…we are able to provide world class training internally and externally for the team to lift their game”.

That young Africans are more discerning in their choice of employer is also suggested by Pretorius, who says “getting more experienced researchers to join our team has happened more as we have built our reputation”.

The consensus is that the main challenge is to ensure that the African agencies are apprised of global best practice in their fields, and that they are in positions to deliver the consistency that international clients expect across their networks. Dovey is quick to point out his African agency partners are astute businessmen, and that no one can hope to challenge the “on the ground knowledge” of their teams. He is confident that all the hygiene factors are in place, and that effective homegrown ideas and strategies are not in short supply. He suggests that guidance is needed in helping the teams to fully understand the needs of the global clients who employ media auditors such as Accenture and Ebiquity. Navigating the technical requirements of investment optimisation and trading guarantees is a delicate business.

De Villiers has a similar position to Dovey’s, suggesting that the challenge is to ensure that the network can present seamless service across offices to multi-national clients and that there is a clear understanding of what constitutes best global practice.

An area where new learning curves are required is in digital and social media, but as Dovey points out many African countries have leapfrogged ahead here. Moreover, the experience and learnings of South Africa, or even European countries, such as Scandinavia, are not necessarily that applicable. He suggests that India is a more appropriate source for learnings and inspiration: Indeed, he notes that there is a tendency in some countries to recruit Indians on a contractual basis. 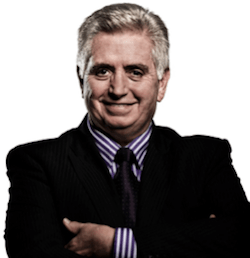 Jackson (left) highlights the need to “start thinking of communications as an insights and data-driven industry too”. He suggests that better insights mean the creation of less noise and more digitally-led products, services and new business lines that deliver real value to consumers and revenue results for brands. He predicts that “with the proliferation of social media and increasing internet access all over Africa, there will be an unprecedented demand for more content across platforms from baby boomers and generations X, Y and Z. Agencies and marketers have to discern and understand how to create this personalised brand content that can lead to effective engagement and to build brand loyalty/affinity for these separate groups in real time”.

Another point of agreement is the questionable role of recruitment agencies in identifying and assessing talent. 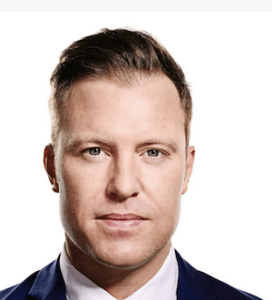 “I find their role to be much more useful in the early stages of collecting many candidates, rather than the later process of screening for technically proficient researchers, where they tend to be weaker,” says Pretorius (left). He says that although Columinate uses recruitment agencies when they have vacancies, it also uses social media channels, career websites, its own website and careers email enquiry channel as well as its own personal networks.

Jackson credits recruitment agencies with using well-managed databases to identify talents, but points out that social media has been handy in improving the process, particularly LinkedIn. The transference of power into employer hands means “we are now able to undertake more of the recruitment of new staff ourselves as we are able to identify, carry-out background checks and find key talent”.

De Villiers concedes that there are a few good recruitment agencies, but that many are lax on background checking and matching candidates to requirements. She argues that the role of recruiters needs to evolve into “business partners” with an intimate knowledge of their clients’ businesses and cultures, and to focus more on assessment and matching candidates to company requirements.

Certainly the overall picture is optimistic, with global networks and smaller companies both embracing the training challenges. 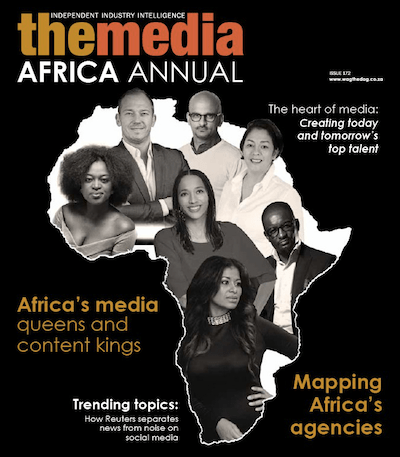 Britta Reid is an independent media consultant. This story was first published in The Media’s 2017 Africa Annual. To read the digital magazine, click on the image above.