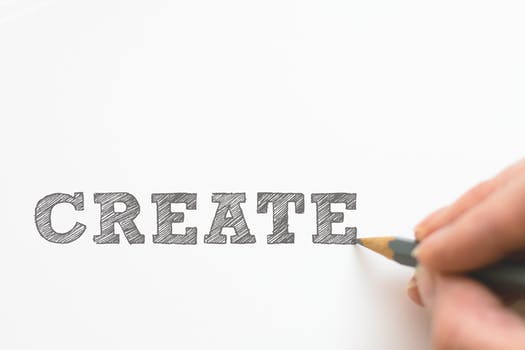 Global marketing and advertising agency VML has integrated its South African operations into a single entity, henceforth to be known as VML South Africa.

Why the integration occurred

VML and Y&R were already part of the same group under global giant WPP, and even shared a common executive team and many clients. “It got to a point where the integration side of things wasn’t working well enough,” explains newly-promoted Jarred Cinman, who is now chief executive officer of VML South Africa. “We were hearing a constant message from all of our clients that we needed to be more integrated… It made no sense anymore to have these separate agencies.”

The four brands will disappear, and then reappear as VML South Africa and the teams will be moved into a single space.

A one-stop-shop for clients

The integration will create a one-stop-shop for clients looking for agency partners, something which Cinman says is exactly what clients are looking for. “We and the market have been too slow to hear what clients are actually saying, which is they are sick of having 17 agencies in one room bickering over the nature of the work. The client actually doesn’t care, they just want the result,” he explains.

He also alludes to clients having to solve many of their own problems before they even get to an agency. “They have to decide what agency they’re going to brief. If they brief a digital agency there’s a 100% chance they’ll come back with a digital answer. That’s asking clients to do too much. Clients should be able to come with a problem and the agency must come up with the most relevant solution, not tied always to a specific channel,” says Cinman.

NATIVE VML has an operational model called Tribes, where cross-functional units service a common client. The integration will ensure every tribe becomes an actual full-service entity. NATIVE VML’s business will grow by 20%, and Cinman admits that a few people will not remain at VML SA as a result of the integration.

A relief for Y&R

It’s no secret that Y&R South Africa has not been doing too well over the past couple of years, especially after losing the Pick ‘n Pay account, which was a big revenue generator. The brand’s Cape Town and Durban offices were also closed. But Cinman says the integration “is not a rescue mission for Y&R”, rather a merging of great teams to consolidate the business, fulfil client needs, and promote knowledge and skills transfer freely across the group.

The South African agency space is a crowded affair so offering a fully-integrated agency with true 360-degree solutions is a major advantage. But Cinman believes for many agencies it is all just talk. “Everybody for the last 10 years has been saying ‘we’re an integrated agency, we’re a 360 agency’. Often it is just words, there is nothing beneath the surface, there’s a lot of missing pieces. And they’re not integrated internally.”

A shift in client preference towards digitally-led agencies is also being seen, as is a yearning for a really close relationship. “You want to be the first person the client calls when they have a problem. And you want that list of problems to be as broad as possible… The opportunity is to be the kind of business that clients really trust with solving a wide variety of problems,” Cinman explains.

The usual challenges still persist with agencies, including the major one of shrinking client budgets with agencies expected to do the same, or even more, with less. The agencies are becoming more accountable for the client money they use and the results they achieve, according to Cinman. “Clients and companies scrutinise the work that you’re doing a lot more. We think if a client gives us a whole bunch of money, we need to be really responsible and be able to prove that we have succeeded… Clients will spend an endless amount of money if you’re returning results for them,” he adds.

A proposed solution to this is creative, out-the-box solutions, because let’s face it, the old stuff just doesn’t work anymore.

“It’s not just fellow agencies that are competitors, everyone is. Consultants like Deloitte are starting to emerge, but everyone is doing everything, so the lines are blurred,” says Debbi Vandeven, global chief creative officer (CCO) for VML.

Agencies will have to thoroughly explore what they offer clients and organise smartly to continue to succeed in 2018 says Cinman. He also singles out the South African e-commerce market as a diamond mine, still largely untapped and definitely a space to focus on this year. Advances in technology are also a game-changer for agencies and they need to be fully embraced. Vandeven points to virtual reality, artificial intelligence and voice activation as ones to watch this year.