Microwave Boys heat up the airwaves 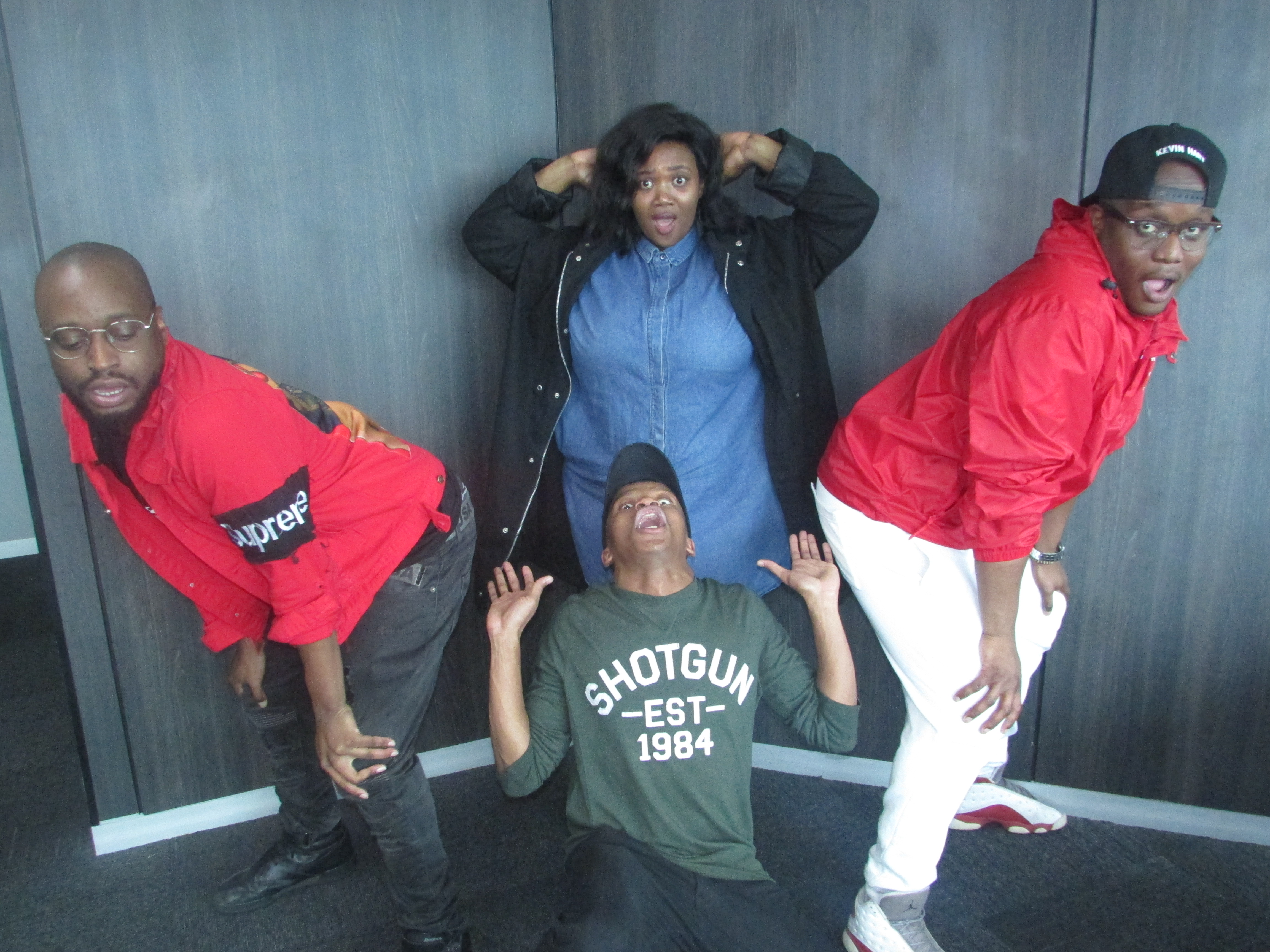 Crazy, quirky and off-the wall are just some of the ways to describe the Microwave Boys and Yanela Tokota during an interview at Touch HD’s Sandton headquarters.

The group started its show as a YouTube series about a year ago, with three gents – Larry Nqdha Nhlane, Sipho Muchindus and Sphatamiso Ngonyama – discussing topics that interested them as well as current affairs.

Styled as a satirical news show, similar to the Daily Show, the series has racked up over one million total views, and over 10 000 subscribers.

Now they have taken their show into online radio, hosting the The Breakfast Wave, on Tbo Touch’s channel, Touch HD.

Touch invited the Boys for a meeting. “It was based on the fact that they’d looked at the Microwave Boys and said ‘we like the series we see online and we like your vibe, how do you think we can we translate that into radio and would you be interested in doing something like that?’”Nhlane recounts.

Initially the group thought it would just be a slot on Glen Lewis’ show, similar to what they had done at another radio station. It came as a huge surprise to find out the show would be theirs.

You can’t recycle talent all time and expect to grown the industry. Breakfast show is huge platform and I have no doubt these 3 will soon become the Avengers of Radio #TouchOnline download the app now and don’t miss out on this show //t.co/TvrJlFtqpi

I’ve known these guys for sometime and I’ve always known that this moment will come. I can’t wait for their 1st show ever. Give new talent a chance to be as legendary if not far more greater than their predecessors. I don’t even know the name of their show #microwaveboys //t.co/1W4tkiGXwG

A huge s/o to @MicrowaveBoys for joining @iamtbotouch on @TouchHDOnline. All the best for the future my brothers and many more doors open for you.

“From a commercial perspective, in terms of new ventures, we were talking about venturing into radio and then when the call came, we said ‘there you are the stars are aligned’,” explains Microwave Boys’ producer, Lesang Tshoke. “The major selling factor was that it’s an online radio sector, because the digital space is somewhere we are trying to infiltrate from all directions and it makes sense in terms of being ahead of the bell curve and being disruptive.”

The brief for the show was an urban news show that would be disruptive. “Everyone talks about disruption and switching the game up, but then they do exactly what has always been done. Here at Touch, they said they were going to take chance, they did take a chance with a little bit of disruption, and we said that’s what we do and if that’s what you want, then that’s what you’ll get,” says Muchindus.

The three boys were joined in their hosting duties by Yanela ‘Yaya’ Tokota, who has been with Touch HD since its creation. She previously hosted Sunday Cookbook with Chef Benny, and is no stranger to breakfast hosting, having then moved to the weekend breakfast show.

“During the planning of the show, we decided we needed another voice to balance the boys. It’s not appealing to the ear, it’s appealing when you can the three of them together with their reactions on video, but in radio you need a female to balance and that’s when Yaya jumped in,” explains Tshoke.

Despite comments from sceptics that the Boys didn’t deserve to be on radio as they have no previous experience with the medium, each member of the group has plied their trade at a previous station.

They cite their very first show together as their favourite moment on air, so far. A close second, is one of their earlier shows when Touch came into studio and sang their praises and emphasised how they are disrupting.

“We bring a new fresh energy. Everything always been conventional and we bring a new wave of energy and fun. As much as we do have a point on the show when we’re serious, it gets really fun, so you feel like you’re on a radio rollercoaster,” explains Nhlane.

Bringing a strong digital following with them

The show has been a massive success from the very first moment, with the show trending on Twitter hours before its first episode happened. “We have been trending every single show since then,” says Tshoke.

But @MicrowaveBoys you’re out of order why are you guys trending when your show has not even started yet. That’s like driving the V10 before V8 came out. Damn you bringing on Baby, cause you’re taking after a legend. Welcome the host of the breakfast show on #TouchHD //t.co/sc52AWqeYV

“People think that no one listens to online radio. For the longest time we had shows such as Fresh Breakfast trending unchallenged. Now #BreakfastWave is trending every single day. It’s people listening, and then going back to our podcasts,” says Tokota.

Bringing their strong digital following along for the radio ride has been a huge advantage for the Microwave Boys.

“The lovely thing about the digital space is that the following is loyal. Because people are watching Microwave Boys and it consumes data, those are the loyal fans who will go and tune in to Touch HD, because they’re already living in a digital world,” explains Tshoke. “It’s easy to go and hire a big radio personality, but there’s a big difference between online radio and traditional radio. Just because they’re successful on traditional radio, doesn’t mean they’ll be successful online.”

Touch HD has given the team free rein to oversee their show. Whereas traditional radio has restrictions and deliverables, online radio gives the Microwave Boys the freedom to be crazy and wild.

Coming from a video background, the Boys are looking to bring a video feed and video recordings to their show, so the audience can watch the goings-on in studio. The team is also looking to ride the Breakfast Wave for the long haul, constantly improving and reinventing it to keep listeners entertained with engaging content.

“This show is going to open up more platforms for us to do what every young person wants to do, which is to be authentically themselves,” comments Tokota.

The team is also looking to give back to other people, to help them get a foot in the door, just like they did. They use the analogy of them getting their foot in the door, and then holding it open for other people to come in. “We want to expose other people who are doing things on the digital platform. We are going to discover a lot more people in the digital space who are doing big things, but they’ll never get the recognition they deserve on traditional platforms,” explains Nhlane.

Features on the show are geared towards showcasing undiscovered talent, including musicians and DJs.

Taking over from a radio legend

The team got a lot of people asking, “Who the f*ck are these guys and what are they doing here?” to quote Nhlane, when they were announced as the replacements for Glen Lewis. “Touch always said to us, that everyone needs their first day. Glen Lewis had his first day on radio and the Microwave Boys also had their first day, and in 20 years someone else will have their first day,” says Tshoke.

Tbo Touch steps away from the mic

While Lewis’ departure from the station may have been messy, with the DJ calling Touch a “hypocrite”, “coward” and telling him to “shut up” in a Twitter post, it opened up the way for young talent.

This dude though makes me laugh ? singing my praises all of sudden #coward #hypocrit shut up already @TouchHDOnline @iamtbotouch 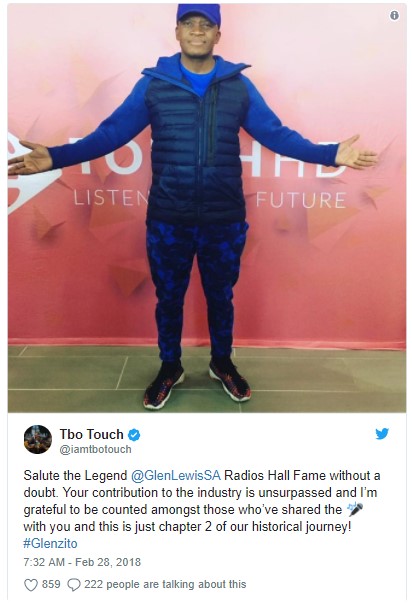 The move is part of a broader strategy by Touch to keep the station fresh by listening to what listeners want and mixing up talent, bringing in exciting, innovative youngsters. Touch himself also stepped away from presenting, to focus on growing and developing the business.

The departing message from the Microwave Boys and Yanela Tokota sums up the situation, “Keep a look out for us, we’re just getting started”. 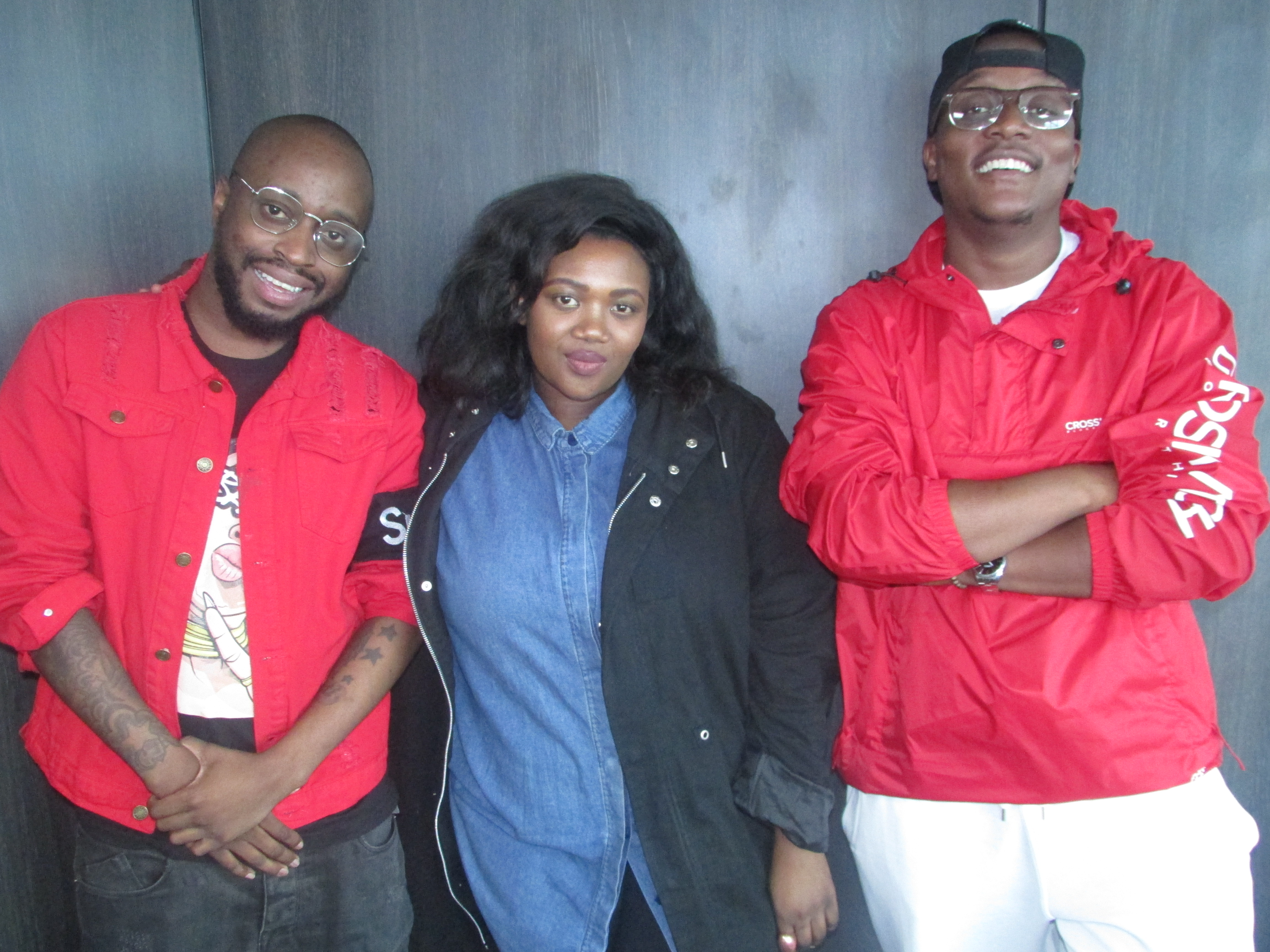