The big debate: Did the Sunday Times cross a line with Nando’s #rightmyname campaign? 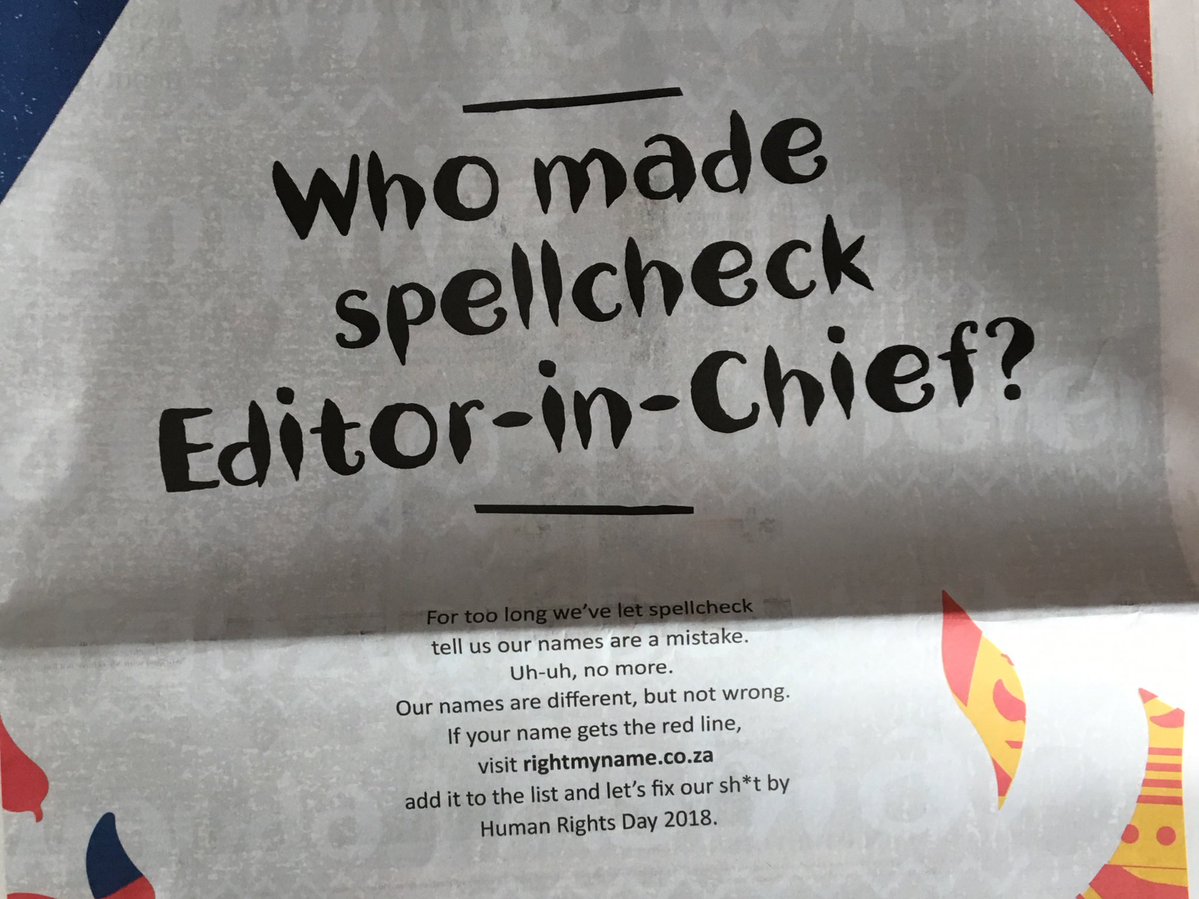 The Nando’s #rightmyname campaign is generating more heat than readers’ initial confusion as to why South Africans’ names were underlined in spellcheck’s red squiggles. It has opened debate on how far advertising should encroach into editorial space.

The campaign, stirred up by M&C Saatchi Abel, drew attention to the fact that after 30 years, spellcheck still highlights ‘Nando’s’ as a mistake. Not cool, said the spicy chicken franchise’s chief marketing officer, Doug Place. But it got them thinking, “What about other names in South Africa? Names like Nokuthula, Elodie, Darawees and Tebatso. Why are their names highlighted as mistakes too?”

The brand wants Microsoft to correct this omission by Human Rights Day on 21 March, and its campaign to do so saw the Sunday Times carrying a front page story headlined, “Nene ‘helps stop’ bank motion to placate Moody’s”. In it, names remained underlined in red, just as spellcheck does. It followed through with ads over the next few pages.

Did the Sunday Times cross an editorial line? 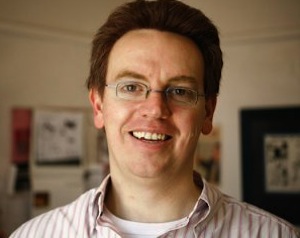 “Short answer, yes they did,” says William Bird, director of Media Monitoring Africa (left). “Even though it seems relatively harmless in that it is just a red underline, and even though the campaign may be well intentioned, it certainly raises the question as to where the line might stop. If they allow such a subtle intervention, readers can be forgiven for being uncertain about other content. It is a clever but dangerous move and it has power precisely because the red lines appear in the news articles themselves and not just advertisements. Credibility is hard earned but easily lost, allowing such incursions undermines the credibility of the Sunday Times. This is not to suggest that there aren’t other major problems with the blurring of lines between editorial and commercial – there are.”

Solly Moeng, general manager of DonValley Reputation Managers, disagrees, and has included his name just to see what will happen. “I think it was clever use of existing news content. We live in an era of short attention spans in which people hardly ever read ads, except when something in them really stands out,” he says. “We tend to discard all the inserts with ads and advertorials without even reading the first few lines. So, this ‘encroachment’ into the editorial space might be risqué, but it worked.”

Professor of journalism at Wits University, Anton Harber, says by allowing the Nando’s’ advert to flow into front-page editorial, the Sunday Times was “giving an unequivocal endorsement to Nando’s campaign to get African names mainstreamed in autocorrect dictionaries”.

Although it was done in a “most unusual way, the newspaper was entitled to do so,” says Harber. “It is a non-partisan campaign of public interest, and to do it in a different and imaginative way gave it spunk. My first response was irritation at what I thought was an error, but when I realised what they were doing, it certainly drove home the public value of this campaign and I signed up.” 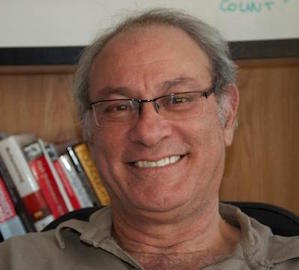 But veteran journalist Raymond Joseph, a former Sunday Times news editor and a journalism trainer, is adamant that linking an advertising campaign to editorial content crosses an ethical line. “My view might be very old fashioned,” he says. “Perhaps this type of campaign might become the new normal as papers strive for revenue. But what impression does this create in the mind of the reader? Some may justifiably ask, ‘if advertisers are able to buy space inside news stories what else is up for sale’. I’m not suggesting for one moment that Sunday Times is up to all kinds of nefarious things, just that it creates confusion and could impact on the title’s credibility. As an aside, I know of some editors of old – former Business Day and Sunday Times editor Ken Owen springs to mind – who are turning in their graves at this mixing of sacrosanct editorial real estate and advertising,” he reckons. 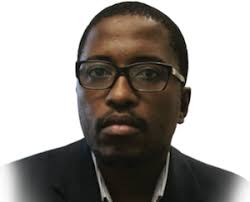 Editor of the Sunday Times, Bongani Siqoko, says besides the fact that the campaign carried a message with real intent to action positive change, and create a unifying, inclusive sentiment among South Africans, “we appreciated that Nando’s did not want to interfere with how we run our editorial content”.

In fact, he says, “we believe the value of their campaign was enhanced by the fact that we maintained our editorial integrity…which is why we attract high readership amongst the audience they were looking to engage. The story we ran on the front page was not part of the campaign – it would have run word for word irrespective. This campaign was simply a great execution of lateral thinking, so of course it’s going to create debate.”

General manager of sales and marketing at Tiso Blackstar, Reardon Sanderson, says the #rightmyname campaign was always going to require collaborating with the editor “because it was introducing something different to readers familiar with the always-polished Sunday Times look-and-feel”.

“The concept was floated with Bongani from the outset, with an emphasis on maintaining Sunday Times’ editorial integrity from the get-go,” he says.

The fact is, newspapers are battling for revenue as traditional advertising slows down and the tech giants gobble up much of the digital spend. As Joseph points out, they have to be more creative as revenues shrink. Neither is advertising making inroads into editorial space particularly new, he says, pointing out that the then-Sunday Star offered ‘island’ solus ads in the middle of pages. “The New Age, I remember, also bent over backward to accommodate advertisers. One ad that springs to mind is a page one ad for a car in the bottom right hand of the page, with the vehicle bursting into the editorial on the page. I was as horrified at that as I am at the Sunday Times ‘auto correct’ campaign,” he says. 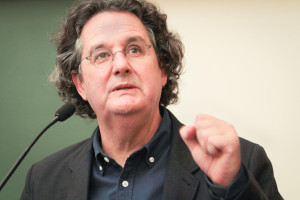 But Harber (left) believes the days of strict separation of editorial and advertising are over. “… to fight to preserve it is – I am sorry to say – just nostalgia for a time when media was rich and powerful enough to say no to advertising. Those times are over. But we still need a set of rules and practices that ensure we preserve the integrity and credibility of news and journalism at a time when it is under extreme pressure”, he says.

Bird says the industry has to “take cognisance of the deep economic crisis media find themselves in”. This involves trying new things and blurring lines, but, he adds, “… while it might lead to some short-term economic gains in many instances, the risk to credibility has the potential for serious damage to credibility – which should be among the most precious asset of any news media entity”. 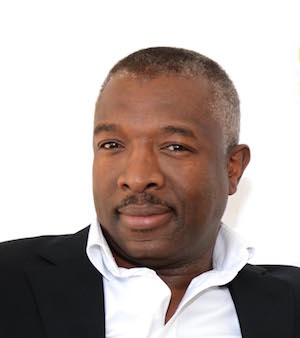 It’s still “early days” for this kind of advertising, says Moeng (left), who believes we will see much more as time goes on. But, he warns, “people will likely get irritated and see it for what it is, even give it a wide berth, if it becomes too prevalent and over used. The surprise and ‘unsuspecting’ element of the Nando’s campaign worked in its favour. Plus, Nando’s is not an irritating brand. People generally love the humour in its campaigns, so there is a higher level of tolerance for it”.

All agree the commercial arms of newspapers need to think out of the box and innovate, but they have to do so without damaging readers’ trust, already taking knocks as fake news, disinformation and propaganda become increasingly prevalent.

“Credibility is hard-earned and fickle – and we need to protect it, while also trying different ways to drive revenue,” says Joseph.

Harber says legacy media houses have no choice but to start moving the goalposts. “Few would do it if they were not forced by economic circumstances,” he says. “But those who go overboard and sacrifice any sense of integrity and independence for a quick buck are on a downward spiral as they lose their credibility – and, in time, their audience. Even if one has to do it, it needs to be done in a way that preserves trust and credibility.” 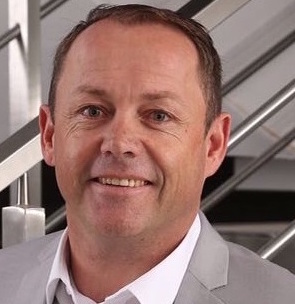 Sanderson (left) says from a Sunday Times perspective, the stand-out feature of this partnership “was that it showed that there’s still plenty of space for innovation in print. As with any medium, being able to stand out and land with impact requires creative, lateral thinking… and this is what Nando’s and their teams at M&C Saatchi Abel and The MediaShop were able to achieve through collaboration with our Sunday Times editorial team,” he says.

“It also highlights how important it is to get everyone – the creative agency, the media planner, advertising sales and editorial – talking to each other early on, so that ‘native advertising’ can be properly executed without compromising either editorial or commercial interests.”

Moeng likes the Nando’s campaign “especially because of the ‘social service’ aspect in it. Whoever came up with the idea (its agency/marketing division) was smart; the Sunday Times was smart to play along”, he says.

He points out that media consumption patterns change constantly. “In an era with a huge avalanche of news pouring [in], added to short and impatient attention spans, smart brands have to constantly think of innovative ways to get the attention of their target audiences, as long as it all remains ethical and done within the law. If not, the reputational impact might be costly and leave the said brand and platform on the unnecessary back foot,” says Moeng.

What the Sunday Times/Nando’s collaboration has shown is the need for a “bigger conversation”, says Bird. “What seems to be clear is that while there is no real clear answer for new economic media models, media need to ensure they deliver increasing value to their audiences and give them content they cannot or will struggle to find elsewhere. That in turn is a more enticing model for advertisers. Clearly though that doesn’t solve or address the challenges posed by the major social media networks. What we need is a bigger conversation. About how we can work with them and make our media have value.”

Last word to Siqoko: How did readers react? “We’ve registered overwhelmingly amused and supportive feedback,” he says. “It clearly was something that was going to catch our readers off-guard and pique their interest, but once they paged forward they were able to appreciate what it was all in aid of. Nando’s never fails to deliver tongue-in-cheek messaging…they’re a savvy brand that understands their consumers, so we’ve enjoyed taking their campaign to our two-million plus readers.”