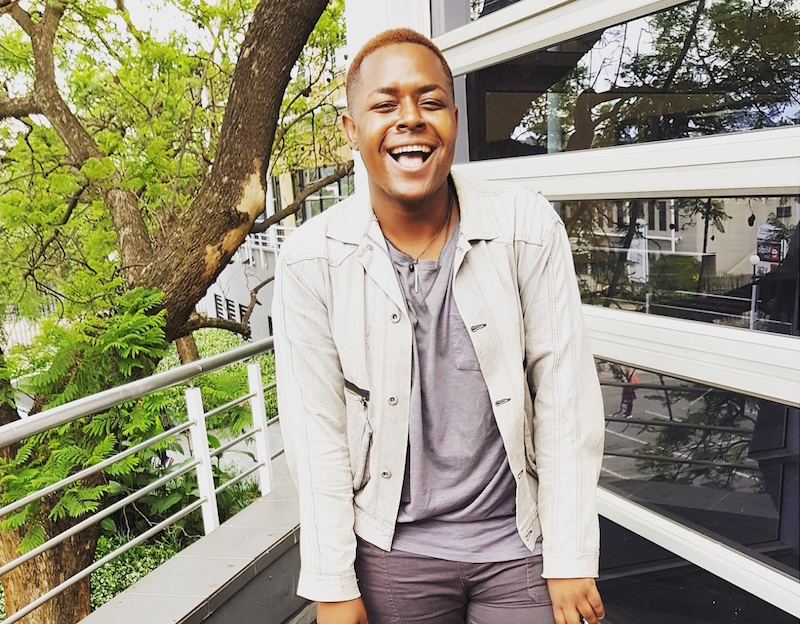 Given Baloyi will produce 5FM Nights, hosted by Smash Afrika.


South Africa’s public broadcaster, the SABC, has announced several exciting changes to presenter line-ups on its radio stations, underscoring the need to stay relevant and stay tuned to listeners’ needs

But the process isn’t without a great big elephant in the room: The Sakina Kamwendo situation. Kamwendo abruptly disappeared off air midway through her Forum at 8 show on Friday morning, replaced by music for the remainder of her allotted time. Rumours pointed to the show’s producers being told to take her off the air. Social media went crazy, with fans demanding answers. A tweet from newly minted COO, Chris Maroleng, merely stirred the pot still further.

In this regard @SakinaKamwendo new contract and new slot have been signed by herself and her line management. We as executive management are surprised that events have unfolded in such an unfortunate manner at @SAfmRadio

It is also important to deal with the perception that @SakinaKamwendo contract with the SABC has been terminated. Prior to the programme yesterday, she was engaged by news management on a new slot on @SAfmRadio and both parties have signed a new contract.

Nevertheless, an investigation will take place, said the broadcaster’s spokesperson, Kaizer Kganyago. “The executive management has requested for a full report on the incident and will engage all involved to get the facts on what really happened and why … The SABC executive management will always allow management at the different levels to make decisions in line with their delegated responsibilities and commit to deal with this matter in a fair and transparent manner in the interest of the SABC and the public of South Africa,” he said in a statement

But rumours of Kamwendo’s contract being terminated persist, with many speculating she would be replaced by the recently-arrived Stephen Grootes, formerly of 702. In response, Kganyago said, “She had been engaged by news management on a new slot on SAfm and both parties have signed a new contract to that effect. The process that was followed with Ms Kamwendo is the same for all on-air personalities.”

Changes to SAfm’s presenter line-up have not been released by the SABC yet, but they could be legally challenged if the public broadcaster doesn’t consult more. The Broadcasting, Electronic, Media and Allied Workers Union has said it would challenge the line-up changes should they go ahead in their current form.

Strongest line-up in a while at Metro FM

Metro FM, releasing its changes, said it was the “strongest line-up in a long time”.

“We are enjoying probably the strongest line-up we have ever had in a long time and as much as adaptation and growth involves sacrifices, we are always trying to look at what’s best for the brand, the personalities involved with it and the most important stakeholder, the listener,” said Sibongile Mtyali, Metro FM station manager.

Weekdays still start with Sentle Lehoko hosting the early morning show, The Private Line, from midnight until 3am and taking the mic from 3am till 5am is Marian Lartey-Nyako with AM Edition. Good news for Fresh Breakfast listeners – the show, hosted by DJ Fresh, is being extended by an hour, running from 05:00 – 09:00. Joining him are Somizi, Mpho Maboi on sport news and Angie Khumalo on news and current affairs. Coming in from 9am till midday is #theBridge with Dineo Ranaka, with the show also extended by an hour. Ranaka is still joined by Lerato Kganyago as co-host.

Between 12:00 and 15:00, Thomas Msengana and Pearl Modiadie serve up lunch with Melanie Bala delivering afternoon news and breaking stories. #theDriveOnMetro still sees Mo Flava and Masechaba Ndlovu hosting from 3pm until 6pm, but joining them is renowned SABC sport journalist and avid cyclist Owen Hannie taking care of the sport on the show and Kgopedi Lilokoe on afternoon news bulletins and breaking stories.

The #UltimateSportShow sees a new kid on the radio block, with sports broadcaster Thomas Mlambo taking over the show from 6pm till 7:30pm. Metro FM Talk remains the same with Rams Mabote doing Monday and Tuesday and Kgopedi Lilokoe officially taking over Wednesdays and Thursdays from 7:30 till 9pm. I AM DJ Man aka Ismael Abrahams is still the late night host on Prime Time Night Radio from 9pm till midnight.

The Metro FM weekend line-up also sees a few changes and additions. Friday night sees the #AudioGasm duo of Naked DJ and Lulo Café from 19:30 till 22:00 before they hand over to DJ Mlu Dlukudlu from 22:00 till 01:00 with the Urban Beat. The #UrbanBeat is on Fridays and Saturdays at the same time. Siphokazi January is still listeners’ early morning companion every Saturday from 01:00 till 6am and 01:00-03:00 on Sunday mornings. Saturday Breakfast is served by Mpho ‘Mo G’ Madise who will be joined by TV presenter and radio girl, Thembisa Mdod,a from 06:00 to 09:00 on #theWKNDR.

Following that is the Metro FM Top 40 Chart Show hosted by Dineo Ranaka from 09:00 till 13:00. Ranaka is joined by media personality Bujy Bikwa, a well-known name in the entertainment industry. The station is also introducing a brand new show on Saturdays, hosted by Cape Town based radio and TV personality Khanya “Kayzee” Siyengo. The Show runs from 13:00 till 15:00. This is followed by #IBelieve with Oskido from 15:00 till 18:00 every Saturday and #AbsoluteHipHop with DJ Speedsta and LootLove from 18:00 till 22:00. Sunday morning sees Ntombi Ngcobo from 03:00 till 06:00 on #EpicSundays, and she delivers listeners into #theSacredSpace with Thami Ngubeni and Khaya Mthethwa from 06:00 till 09:00.

Wilson B. Nkosi delivers his #SoundsAndStuffLikeThat from 09:00 till noon with the #SundaySoulTherapy hosted by Msizi Shembe from Midday till 3pm. #TheRomanticRepetoire with Sentle Lehoko is from 15:00 till 18:00 before Mo G takes over from 18:00 till 21:00 with Sunday Night Love to wrap up #theLoveMovement. Ending off Sundays on a jazzy note is Nothemba Madumo from 21:00 till Midnight with The Urban Jazz Experience.

Motsweding FM is another SABC station that has gone through presenter shifts. These are the highlights:

At the end of last month 5FM announced additions to its team, including Smash Afrika, who will host 5FM Nights from 19:00 – 22:00, Monday – Thursday, and a new producer for the show, Given Baloyi.

5FM station manager, Justine Cullinan, said this dynamite partnership was an undeniably a creative pairing and the perfect fit for brand 5FM. “5FM has the most diversely represented and dynamic collection of on-air and producer family members,” she says, “With these two new talents we are only taking that positioning further. We are looking forward to delivering a high intensity weeknight show to the 5FM community.”

Aside from the new duo, Ultimix resident Ryan the DJ was also offered his own show on the station, taking over the Saturday night, 19:00 – 22:00, Weekender5 show from pH, who is leaving 5FM to focus on his DJ and production work. 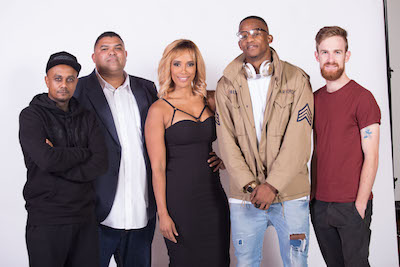 There’s a new breakfast show host on Good Hope FM, and he’s the youngest since the legendary Mark Gillman shook up the station back in 1995. He’s 24-year-old Dan Corder, who started his radio career at UCT Radio, and he’s the youngest breakfast show presenter in the country. “We know Dan is a great fit for our listeners; his content is fresh, he is consistently ahead of the trend and younger generation Capetonians can easily relate to him – he speaks their language,” said Brendan Ficks, Good Hope FM station manager.

This means, of course, that Nigel Pierce has moved, now taking up the position as host of the Cape Town station’s afternoon drive show.

Then there’s a new weekday show hosted by Good Hope FM on-air personality, actress and model, Leigh-Anne Williams. The popular presenter for SABC TV’s Expresso Morning Show has been part of the Good Hope FM family for many years; now fans can tune in Monday through to Friday (12:00PM – 03:00PM) to catch her show. Williams is preceded by During  Stan Mars (09:00AM – 12:00PM).

The biggest news from Radio 2000 sees sports broadcaster Robert Marawa and veteran radio personality Glen Lewis both returning to traditional radio, the former after he left Metro FM and the latter after a short stay at Tbo Touch’s online radio station Touch HD. Marawa is hosting a two-hour sports show between 5pm and 7pm on weekdays, while Lewis takes over the afternoon drive slot on weekdays.

*[STORY UPDATED AT 2PM TO INCLUDE GOOD HOPE FM]