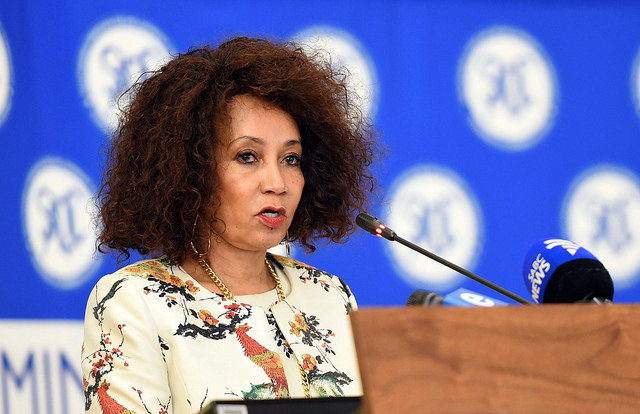 
[OPINION] President Cyril Ramaphosa is unquestionably a great negotiator who knows precisely what to say and when to say it.

So it is a mystery to me why he and his cabinet team have allowed so much fake news and misinformation to do the rounds without any significant reaction.

Take the land issue, for example.

When announcing that he would fully support land expropriation without compensation, he very carefully explained the reasoning and added that any constitutional amendment would not be allowed to destabilise the agricultural sector, endanger food security or harm any other sector. Every reference to expropriation, he said, would have these three terms and conditions attached.

Predictably the right-wing internet went berserk, painting pictures of white farmers being kicked off their land and wealthy white homeowners in affluent suburbs being ejected onto their manicured pavements.

Could it be that our new president and his closest advisors simply don’t monitor social media or perhaps feel that these hysterical and often racist postings don’t deserve any form of response?

Which, of course, they do, given the way some governments have reacted. Like Donald Trump answering a question from the media about white South African farmers being kicked off their land by saying: “It’s not going to happen, we won’t let it happen…”

What on earth did he mean? That the US would somehow intervene to prevent the whole land expropriation exercise?

Admittedly, our government might well think that Trump is a chump, but when a chump runs the most powerful nation on earth, it’s probably advisable to try and set the record straight.

Add to the right wing outcry over land expropriation the subject of farm attacks, and the waves of social media hysteria turn into a tsunami of global proportions.

So much so that an Australian cabinet minister, Peter Dutton, very seriously proposed offering special visas to white South African farmers. For a good two to three weeks it appeared that this plan would go ahead, with foreign minister Lindiwe Sisulu issuing a démarche to Australia, before the Australian prime minister, Malcolm Turnbull, eventually stepped in and said it wouldn’t happen.

Once again, there has been very little communication from Cabinet with regard to the real facts on farm murders.

It took journalists like Peter Bruce in the Sunday Times and a tiny handful of people on Facebook to dig up the true facts, that there is no evidence whatsoever of genocide or targeting of white farmers. Certainly the murder and mayhem in this country has reached frightening proportions but as Bruce pointed out, there is no evidence that whites are being murdered in greater numbers than blacks. The very opposite is in fact true.

Ramaphosa has brought a breath of fresh air to the presidency following the disastrous Zuma years. From every possible point of view he has said the right things when speaking in public.

As a former chairman of a big South African media group and having a wide network of acquaintances in the media, it is beyond me that he has not used all of these skills to counter the absolutely ludicrous hysteria doing the social media rounds.

Maybe he should have a chat to someone like former FNB CEO, Michael Jordaan, who when he headed the bank, used social media very successfully.

He can explain to President Ramaphosa that ignoring the news media, and especially social media, is perilous.