MediaCom named Media Network of the year at Cannes 2018 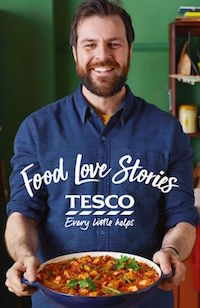 MediaCom was named Media Network of the year at the 2018 Cannes Lions Festival. The agency’s work for Tesco in the UK landed the Grand Prix for Excellence in Media Planning, while campaigns for P&G’s Gillette in Israel added two Silver Lions and a Bronze Lion. The agency also received eight shortlist nominations, making MediaCom the most decorated media agency in the competition.

“This is fantastic news, and I’m hugely proud of the UK team for winning the ultimate prize in our industry. Nor could I be happier for our client, Tesco, who worked in partnership with us to create this memorable campaign,” said Stephen Allan, Worldwide Chairman and CEO of MediaCom.

“Tesco’s Food Love Stories combines great insight with fantastic business results and demonstrates how our Systems Thinking approach can help brands be both creative and effective in the way they invest their marketing budgets. I’m also thrilled by the geographical spread of our shortlisted work. From Vietnam to India, Australia to Belgium and Israel to Russia, we have ensured our clients get the same high quality of service in every market“.

All the SA Cannes winners

South African agencies walked away with 20 Awards from this year’s Cannes Lions.

Ogilvy Cape Town was the most successful, scooping five awards in total, including one Grand Prix, one Silver Lion campaign, and three Bronze Lions. 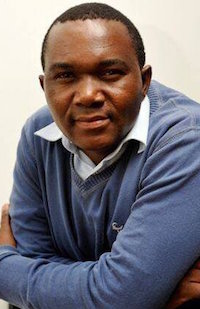 Sikonathi Mantshantsha, deputy editor of Financial Mail, was recognised as the Sanlam Journalist of the Year at an awards event on 21 June 2018 at Inanda. Mantshantsha was recognised for his sterling work on Eskom, that the judges felt may very well have changed the trajectory of SA’s most important state-owned company, and the country, through his fearless reporting. This is the fourth time in the last six years that the Financial Mail has won the top prize, seen as the premier award for business journalists.

Besides Mantshantsha’s overall prize, journalists from Tiso Blackstar scooped the most number of accolades on the night. Financial Mail editor Rob Rose won for best reporting on financial markets, while the economics editor Claire Bisseker and politics editor Natasha Marrian were runners up to Mantshantsha for economics journalism. When it came to company reporting, Giulietta Talevi also took home a runner-up award, while Ann Crotty did the same in the financial markets category.

Another feather in the cap for UFS Communication and Marketing

The International Association of Business Communicators (IABC) has once again recognised the outstanding efforts of the University of the Free State’s (UFS) department of communication and marketing. The department was awarded an IABC Gold Quill Merit Award for its Website Re-launch Awareness Campaign.

This achievement marks the fourth year that the UFS communication and marketing team has garnered IABC Gold Quill accolades. “It is encouraging to again be recognised for the department’s work by our international peers. I am elated by this honour and by the fact that the UFS was the only South African university to be honoured with an award,” said Lacea Loader, director of communication and marketing at UFS.

Since 2014, the department has received six IABC Gold Quill Awards for its sterling service to both the university and the communication profession, as well as bringing home the sought-after Jake Wittmer Research Award in 2014, which recognises an outstanding approach to research while addressing a communication issue or opportunity. 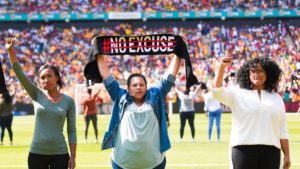 The campaign generated 31.8 Million Rand in earned media and had a bigger reach than the Opening ceremony of the 2010 Soccer World Cup.

Ogilvy SA CCO Pete Case highlighted that this was the fourth Cannes Grand Prix in five years for Ogilvy SA: “As an agency we’re constantly looking to craft ideas that step outside the traditional advertising categories, in order to authentically engage with target audiences, so we’re super proud that this innovative work has made such a big mark on an important issue”.

Pieter Twine (left), general manager for MySchool MyVillage MyPlanet, receiving the Best Longterm Loyalty Programme award from awards host and British Comedian Stephen AmMySchool MyVillage MyPlanet entered the awards for the first time in 2013 and were the first South African entry to win an award at this internationally recognised event. They have since brought home five awards.

“I am immensely proud of the MySchool MyVillage MyPlanet team who have worked hard consistantly to ensure that the brand delivers on its promises to South Africa. To be recognised as the regional loyalty champions for Middle East and Africa is definitely a highlight on our journey”, said General Manager for the programme, Pieter Twine, who attended the awards ceremony. “Winning these awards is testament to the long term sustainable impact we have made together with all our stakeholders, not only our business partners, but also our customers and the community within which we operate.”

WAN-IFRA has announced the winners of the International Colour Quality Club 2018–2020 contest (ICQC).

Once every two years, since 1994, the World Association of Newspapers and News Publishers, WAN-IFRA, has offered newspapers worldwide an opportunity to demonstrate their colour printing excellence by organising a print-quality competition. In the 23rd edition WAN-IFRA has opened the competition to the magazines as well because many publishing and printing companies are no longer printing only newspapers but magazines as well.

The Lisbon Awards Group has unveiled a new mobile application, developed to include information regarding all the festivals and events of the group. Bliss Aplications, which is presented as a sponsor of LAG, created the app.

Bliss, founded in 2009, is a leader in software development in Portugal, and is an integral part of WYGroup, the largest national digital marketing group.

“It is with great enthusiasm that we present this new mobile application that will facilitate the distribution of information and improve the experience of all participants. It is a huge honor for us to be able to work in partnership with one of the leading companies in software development in Portugal,” comments Ana Firmo Ferreira, CEO of the Lisbon Awards Group.