LATEST NEWS
Home Agencies Behind the brand: Re-imagining an iconic name, and doing so in the simplest way possible

Behind the brand: Re-imagining an iconic name, and doing so in the simplest way possible 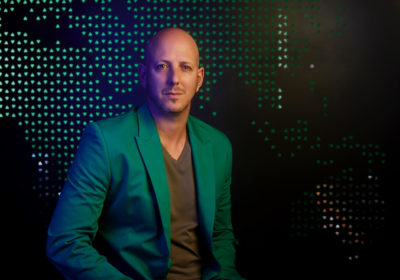 When the Nelson Mandela Metropolitan University changed its name, it decided to change its corporate identity too. Answering the call to take charge of the rebranding, CEO of Creative Caterpillar, Albert Engelbrecht, knew he had a delicate and meticulous task ahead to create an entirely new brand architecture for the new Nelson Mandela University.

“I felt honoured to be involved in something of this magnitude; we have worked with big and small brands across the world, but the Nelson Mandela is a global icon so you have to think twice before you take that on and do it justice,” Engelbrecht says. “It was also exciting to meet up with the dean and the rest of the faculty to get some insight that my team could use to meet the brief.”

He had to ensure people understood this was not the birth of a new brand, but more about taking an existing brand to the next level.

“The difference between a rebrand and a new brand is that with a new brand you have a clean slate and with the name ‘Nelson Mandela’ it has a lot of values, heritage and legacy to draw from. That included the isiXhosa culture that the Eastern Cape, so we had to take all that and distill it. We took all these elements and tried to simplify them and convey a clear message in the most impactful way,” says Engelbrecht.

“We went on this journey of discovery until we hit an ‘aha’ moment; while conducting interviews with the University ,we came to understand the logo must have focus on Nelson Mandela name. It is so powerful that every time I’ve travelled and people asked me where I was from and I said South Africa, the first thing they say is Nelson Mandela,” he adds.

“The team and I did five logos starting with crest working our way to the last one being the name Nelson Mandela. The whole board accepted the logo with just Madiba’s name because from a strategic point of view it carried the most impact, cleanly and simply.”

His name represents ‘Ubuntu’, so the circle represents the world, the A stands for excellence. The lettering and symbols are accompanied by the slogan of which are his own words, ‘Change the World’.

It would’ve been very disrespectful for Engelbrecht and the team to disregard the fact that the Eastern Cape is birthplace of the Xhosa people and therefore Mandela, so incorporating that aspect was key.

“We developed the corporate identity as clean and simple building blocks; the circle and the triangle are elements the Xhosa people use in their art from patterns, clothing and architecture,” he says.

“We worked closely with the faculty of anthropology and cultural specialists on the projects to ensure that all referencing was in line with the culture. I always say that simplicity is the answer; you leave it to the audiences to make their own interpretation and that’s when you have a beautiful brand,” says Engelbrecht.

Change is a funny thing, people either hate it or embrace it, but either way, if it’s done right for the right reasons, even the naysayers can come around to accepting it.

“The internal stakeholders of the University all embraced the idea because it was in line with their strategy, which was to unlock the brand capital, but still focus on the values of the man. The only negative response that we received were unpleasant remarks from the media, they slandered the logo comparing it to a toddlers building blocks,” Engelbrecht shares.

“But what was refreshing was the student’s reception, they really loved it. The new branded apparel of the University has had record sales, meaning that the most important stakeholder, the students, loved it,” he adds.

“It was a unanimous decision that the change should be revolutionary rather than evolutionary.”

Although they are a Cape Town based creative agency their reach goes beyond the Mother City.

“We are a Somerset West based agency going for nearly 20 years, but 95% of our clients are not in Cape Town. They are based in Gauteng, Polokwane and Port Elizabeth; we have a lot work for clients in the logistics industry. Our core business is rebranding companies with a special focus on corporate identity,” he explains.

Even though their clients are scattered all over, technology allows them to produce in Cape Town and deliver in Johannesburg, among other places.

From logistics to the tea business

Creative Caterpillar doesn’t focus on a specific industry, but rather on brands as a whole from heavy machinery to something as delicate tea.

“At the moment we are busy rebranding a company that produces rooibos tea, we’re all over bringing fresh ideas with no borders,” he says.

Things have changed over the years with regards to the creative industry; before people would approach agencies for logos whereas now technology allows people to  find free logos on sites like Pinterest. So Creative Caterpillar has decided to shift towards corporate because they appreciate the value of a professional customised brand and the professional consistent application of the brand’s identity.

“We’ve shifted from doing small businesses because they can’t always afford a professional logo or CI package. The process takes us anything form two weeks to three months to develop a corporate identity.

“The profession doesn’t get easier, but gets harder especially with logos… it pushes your creativity to come up with new ones. I believe in getting the best people on board because they ensure the best results,” he concludes.

The team is now venturing into corporate videos something that they’ve explored years before, but are now aggressively focusing on. After all people like moving pictures as opposed to ones standing still.