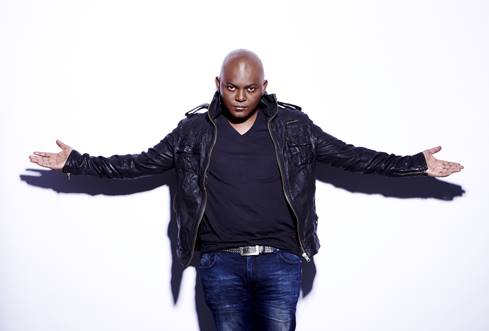 Themba Mbongeni Nkosi, better known as DJ Euphonik, is one of the biggest names in South African music. As a DJ, music producer and radio presenter he has hit the international scene as well.

He chatted with Michael Bratt and Reabetswe Rabaji about his career, his take on the South African music scene, his thoughts on mainstream media and his use of social media to promote his brand.

His thoughts on social media

Nkosi has decided to take a bit of a hiatus from social media, the reason being that he comes from a generation of entertainers that were popular even before social media gained traction.

“I’m of the belief that you’re better off focusing on a thousand of your core fans that will take money out of their pockets to support you, rather than creating content on social media to get likes,” Nkosi explains.

The pressures of being a celebrity

While he still does post occasionally on social media, Nkosi is very cautious about the type of content he puts up, revealing that he doesn’t post anything that is personal, that is close to his heart like his family, or anything someone can use against him.

This is a very different situation to how overseas celebrities operate on social media.”They can justify posting stuff all the time because of the endorsements it comes with. In South Africa it doesn’t make any economic sense, plus when you post private stuff about yourself it’s like a self-invasion of privacy”.

He is a strong believer in people using their own platforms or websites to promote their material. When you direct your followers to your own platforms it gives the ability to control the back-end of the site to see exactly how many people are consuming your content, rather than having to rely on bigger platforms sending you stats, he says.

It is also a method of self-promotion, rather than being a tool that the bigger operators such as Facebook and Twitter use, as you are directing people to their platforms, rather than your own.

How the media reports on Euphonik

Some media reports have not been kind to Nkosi, who has often been the source of stories for South Africa’s tabloids. While he understands the overall importance of the media, what gets him hot under the collar is certain journalists using the media as an excuse to write damaging stuff about him rather than celebrate the positives. Sensation sells, but that doesn’t mean people just love gossip and not good news stories.

“I think there’s nothing wrong with the media in essence, but there’s everything wrong with the people in the media that write the articles. I know that the lives of celebrities are of great importance, but I’ve picked on the fact that the tone of certain articles would change depending on who’s running the publication,” he says.

“Those that like things and want to be a celebrity themselves will tarnish celebrities more as opposed to someone that appreciates celebrities, which comes across in their writing… It’s sad that you’ll get black journalists tarnishing black celebrities and it all boils down to lack of self-esteem and being unable to deal with someone else doing better than you,” he adds.

Nkosi recently launched another DJ brand under his birth name, called Themba. He says it’s of the utmost importance that he separates his personal life from his entertainer life.

When people know too much about a celebrity’s personal life it kind of makes them less appealing, there’s a lack of mystery behind them, which people love and then gravitate to you more, he says.

“There is no difference between Euphonik and Themba; the only difference is the style of music that they make and play,” he shares. While DJ Euphonik is the house genre, DJ Themba is the electronic dance music, a pseudonym which he uses mostly for international markets.

A property developer in the making

Nkosi realises that his DJing career may have an expiry date and he wants to be prepared for when that day comes. He also doesn’t want to solely rely on being a DJ to earn his income. Entertainers should always diversify their portfolio, as gigs alone will not sustain you for the long haul.

At the moment, he is focusing on residential property trading, buying; flipping and sell and he recently finished doing a property development course through the University of Cape Town (UCT).

Keeping up with the times

Nkosi has had to adapt to today’s evolved music industry, like so many DJs from his era. Digital has completely taken over, streaming is the it thing now, and finding someone still playing CDs is rare. For DJs, physical copies are not only expensive to produce, but are out of the question if they are targeting millennials.

“The music industry is constantly evolving. Five years ago there was no Spotify for example, and digital today is a huge factor. Back in the day, we used to sell CDs and now we don’t,” he explains.

“People need to understand the business behind DJing, you can’t complain about getting screwed by a club promoter if you haven’t done your research, educate yourself,” he advises.

The SA music industry as it stands

Although digital has made getting music easier in terms of making it a one-stop shop, there is still the issue of access to it by means of data, which isn’t affordable to the majority of poor South Africans who have other things to worry about than streaming somebody’s latest album.

“What we don’t look at as DJs is that, when the average South African buys 10mb of data that costs R5 and they illegally download your song and it costs them 10mb, in their mind they have already paid for that song,” he explains.

It’s like asking them to buy the song and then buy data to download it. In first world countries, data is cheap so they can still afford to buy the song without worrying about data costs.

The real money maker in South Africa is in touring, where those hundreds of thousands of fans that illegally download an artist’s song are more likely to attend your concert.

Party with Euphonik in Ibiza

Nkosi spends two weeks of the month in Ibiza so he thought that it be a great idea to partner up with energy drink company Play, so that his core fans stand a chance to party with him on the Spanish island.

With regards to his relationships with Mini South Africa and Daytona Group, his fans know that he is a petrol head, so doing something with them was a no brainer, but more importantly they weren’t an opportunity to make easy money. He believes all his endorsement deals need to be like that, organic and true to his brand, not just doing it because he has been paid to.

People always complain about how people at the top never want to share information or rather jewels to success. Nkosi explains how people get offended when you give them advice they don’t want or didn’t ask for. Instead of taking it in, they feel like you are a know-it-all.

So sometimes, you’re better off keeping that information to yourself as opposed to unintentionally making people feel that they are not doing enough in their own lives, is his advice.

With regards to partnerships and investing, Nkosi has never invested in something he is not personally passionate about. Things like property are something he loves, so that didn’t take too much convincing.

The Oh Ship franchise, that he has created with DJ Fresh, is an example of the pros and cons of trying to build a business. In the first three or so years that it operated, it either made a loss or broke even, but today it’s doing well and is very lucrative for them.

Where most people would’ve given up at the first sign of failure, he instead soldiered on, something he believes everyone should do. There are no sure bets when you get into business, so take everything it brings with a pinch of salt, he concludes.