Many people argue that press freedom is under attack across the world, with some countries being singled out as far worse than others.

In a precedent-setting move, two Reuters journalists in Myanmar were this week sentenced to seven years in prison, on charges of violating state secrets.

While Wa Lone and Kyaw Soe Oo were investigating violence against the Rohingya minority in the country, they were given documents by two police officers. But they were then immediately arrested for possession of these, under the State Secrets Act.

To read more about the situation, published by Mumbrella Asia, click here.

WPP names new CEO, as he assures the industry 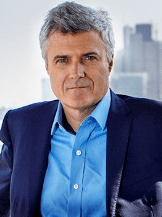 Read wasted no time in reassuring both group employees and the media agency industry that WPP is still a force to be reckoned with.

“We’re going through a period of structural change, not structural decline, and if we embrace that change we’ll have an exciting and successful future ahead of us,” he stated.

Read has also committed to “increasing the pace of change”.

To read more about his appointment, published by Mumbrella Asia, click here. 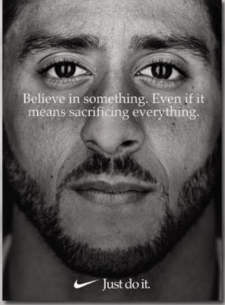 Videos of burning of Nike shoes, accompanied by calls to boycott the brand, became something of a trend on social media, but the company has defended its decision to continue to collaborate with Kaepernick, even though he has gone two seasons unsigned.

In a great piece by Matt Kwong, he unpacks Nike’s marketing strategy and debates whether it is working or not.

Published by CBC, you can read it here.

British television assets and the companies that produce them are proving to be valuable commodities. US media are swooping in to their neighbours across the ocean to buy up these assets.

From Downton Abbey’s production house, Carnival, which is now owned by NBC Universal to Disney and 21st Century Fox battling it out to purchase Sky, things in the UK are hotting up.

Stewart Clarke wrote an excellent piece for Variety about the situation, which you can read here. 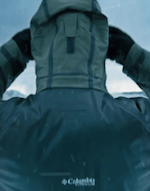 Numerous agencies that form part of the McCann group will do business for the company. The Portland, Oregon-based company will work with a team of agencies including 215 McCann for brand and creative, UM for media and analytics and Weber Shandwick for public relations.

McCann’s assignment is for the Columbia brand and doesn’t include other brands within the Columbia Sportswear Co., which include footwear company Sorel.

What data analysis shows about OOH viewing in the US

News and sport are traditionally pegged as gathering the biggest out of home viewership. But an in-depth, year-to-date analysis of OOH TV viewing data from the Nielsen Total Audience framework highlights that many other genres benefit. New viewers are tuning in to contestant competitions, game shows, comedy entertainment and audience participation content.

“Whether it’s watching at a friend’s house, in a waiting room at a doctor’s office or at the workplace, consumers are taking their viewing habits out-of-home (OOH) and wherever the road takes them. That’s why understanding this independence from viewing content at home is vital in helping inform marketers on their total audience,” Nielsen reported.

For more, and a bunch of interesting graphs, click here. 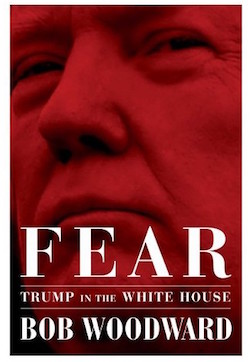 President Donald Trump is clearly confused about legendary journalist Bob Woodward whose jaw-dropping account of life in the White House came out this week. Woodward’s Fear: Trump in the White House has the US president in a major froth, accusing the man who exposed Watergate and brought down President Richard Nixon of publishing the “exact opposite of fact”, and that it was “full of lies and phoney sources”.

But back in February 2013, when a Woodward opinion piece blamed President Obama for a failure to compromise on the federal budget, and an Obama aide retaliated by saying Woodward would “regret staking out that claim”, Trump tweeted: “Only the Obama WH can get away with attacking Bob Woodward.”