The African SABRE Awards, conducted in partnership by The Holmes Report and the African Public Relations Association, and now in their third year, are now open for entries.

The Awards, now in their third year, are open to public relations and other agencies working in Africa, as well as to marketing and corporate communications departments for companies, non-profits, and governments.

This year’s event will also be expanded with two additional awards: the African Consultancy of the Year, which has historically been presented at the EMEA SABRE Awards ceremony; and the SABRE Award for Outstanding Individual Achievement, which will for the first time extend the individual awards presented in the Americas, EMEA and Asia-Pacific into Africa. The 2019 awards will be presented at the APRA conference in Kigali, which takes place 13-17 May.

The winners of the African SABREs are automatically entered into the broader EMEA region SABRE Awards, and are also eligible for the Global SABRE Awards, which are presented at the PRovoke global conference in Washington, DC. 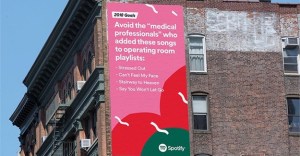 Nominations are now open for FEPE International’s 5th Annual Awards to be presented at its annual congress in Dubai from 1-3 May 2019. The Awards will be presented at the gala dinner on 2 May.

2019 will see the second year of FEPE’s Rising Star Awards for someone under 30 who has made an outstanding contribution to the Out of Home industry.

As in previous years there will be Awards for Lifetime Achievement, Leadership and outstanding Creative Achievement. The latter are divided into two categories: Classic and Digital.

Nominations can be made by any FEPE Member or recognised National OOH Association. Closing Date for all Nominations is March 1st 2019. For a nominations form go to www.fepe.com. For further details contact Richard Saturley at richard@fepe.com.

Tiso Blackstar’s digital sports editor, Mninawa Ntloko, was named Sports Columnist of the Year at the SAB Sports Media Awards – for his weekly column “Finding the net”, which is published in Business Day.

The 2019 awards competition includes 20 categories that span across all news media activities to grow audience, revenue, and brand. Entries will be judged against peer companies of similar genres.

Click here to peruse categories and submit entries. The deadline to enter is Friday, 25 January.

The Global Media Awards will take place on 17 May 2019 at the Edison Ballroom in New York’s Times Square. 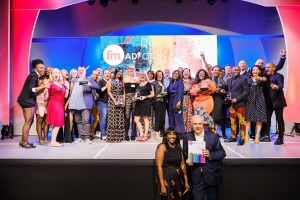 Advertising effectiveness was celebrated at this year’s Financial Mail AdFocus Awards. Since their inception in 1990, the AdFocus Awards have provided a platform for individuals and agencies to be recognised not only for their creative marketing skills, but for their overall business acumen as well.

This year included some changes, with the addition of a new category, the Financial Mail Creative Challenge. This is a print advertising contest that gives art directors and copywriters an opportunity to deliver high impact, tactical print ads for their clients and a chance to win free placement in the weekly Financial Mail magazine.

Here are the winners:

Agency of the Year:  Ogilvy Johannesburg

Partnership of the Year (sponsored by IAS/Scopen):  FCB Joburg / Toyota

Student of the Year:  Felicity Davies