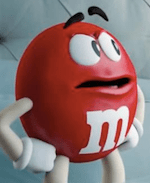 When it comes to harvesting new business, MediaCom has taken top spot on Recma’s New Biz Balance annual rankings report for 2018. The media agency won Mars and Adidas, and retained Shell after a competitive pitch. Altogether, it scored  $2.76 billion in new business but lost $1.27 billion.

Campaign reported that Publicis Groupe’s Spark Foundry came second in the agency league, with a $692 million net balance, while OMD was third with $508 million.

At the bottom was Dentsu Aegis Network’s Carat, which registered a negative balance of $1.12 billion.

The full story on the Campaign website can be read here.

The process didn’t include a traditional pitching process, but rather an internal bidding situation.

To read the full story, published by AdWeek, click here.

Video game company Electronic Arts, makers of many popular titles, has launched a review to find a strategic external media agency partner as it “seeks to re-imagine its media operations”.

Even though the brand handles much of its media capabilities in-house, it is looking for an agency to handle some of its media work externally, specifically linear, broadcast and out-of-home media.

AdAge has the whole story, here. 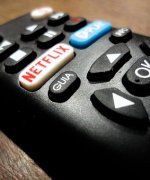 Video on demand giant Netflix’s fourth quarter earnings were in line with analyst expectations, as the company added 8.8 million subscribers, a 34% increase on the same quarter in 2017.

But the company’s share price fell 2.8% after the announcement of the results, amongst fears that Netflix’s free spending habit on content isn’t justifiable by the results figures.

The Guardian has more information, here.

Meanwhile, over at Amazon…

Amazon’s database of TV and movie titles, IMDb, has launched an advertising supported video on demand service, Freedive, which is available in the US on the IMDb website, Amazon Fire TV devices, Amazon’s Roku channel and on mobile devices via the IMDb app.

Entertainment industry magazine, Variety, estimates IMDb has over 250 million monthly users around the world. “We will continue to enhance IMDb Freedive based on customer feedback and will soon make it available more widely, including on IMDb’s leading mobile apps,” said IMDb CEO Col Needham in a statement.

Check out the story on Marketing Land. 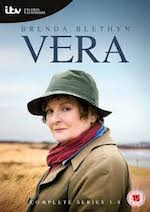 Britain’s ITV has put aside 10 million pounds for an in-house ad campaign to turn “light” viewers into an audience that spends more time with the channel. Late last year, ITV identified an audience of “15 million light viewers who like ‘quality output’ and come to ITV about twice a week, but ‘watch less ITV and a little bit more of everything else'”, Campaign reported this week.

Chief executive, Dame Carolyn McCall, gave the multi-million pound greenlight to marketing officer, Rufus Radcliffe, to increase the frequency of ITV’s messaging and help push what he called a “3+ reach” marketing strategy to attract light viewers. “We believe a campaign has to be seen at least three times by a viewer to be effective,” he said.

Radcliffe said typical on-air promos for a new show would reach 30% of light viewers, but the new, year-long campaign should boost this to 53%.

The full story on Campaign is here.