The PRISM Young Judges (PYJ) committee, in conjunction with the PRISM Awards and the Public Relations Institute of Southern Africa (PRISA), has announced a stellar group of 10 young judges for the 2019 mentorship initiative.

This follows a call for entries made in 2018 and a subsequent intense selection process conducted by 2018 young judges and PYJ Founder Palesa Madumo.

The diverse group of ten will have the unique experience of judging PRISM Awards entries under the guidance of seasoned industry experts and will also be paired with industry leads for a year-long mentorship. They are:

The newspaper industry cannot be measured in numbers, but rather by their impact

While the 2018 Audit Bureau of Circulations of South Africa (ABC) results were a mixed bag for newspapers, but ultimately a continuing decline, this has not stopped newspaper journalists from producing an excellent quality of stories that are relevant to the country, and in many cases have been instrumental in bringing important issues to the fore.

These include the 2018 Standard Bank Sikuvile Journalism Awards South African Story of the Year “Gupta Leaks” by the Daily Maverick, Amabhungane and News 24 and 2017 winner “Life Esidimeni” by Susan Venter from Rapport.

Both are examples of stories that brought change to the country and why newspapers and journalism are such an important part of South Africa’s democracy. This was emphasised by last year’s awards event keynote speaker, Standard Bank CEO, Lungisa Fuzile. “Stories such as the Gupta Leaks help the public to connect the dots and see the truth in an era of false news. They help us to connect the dots in what is happening in our democracy.”

Entries to the awards close on 13 March 2019, with no extension this year, and the awards evening will take place on 12 September at The Venue, Melrose Arch.

The Standard Bank Sikuvile Journalism Awards recognise excellence in journalism this and strive to reward journalists for publishing the truth under difficult, and at times threatening, conditions.

WAN-IFRA is pleased to announce the launch of nominations for the 2019 Women in News Editorial Leadership Award.

One outstanding editor from sub-Saharan Africa and one from Middle East and North Africa will be named Laureates in 2019.

The Women in News Editorial Leadership Award will be awarded to two outstanding woman editors who are first amongst their peers in inspiring and paving the way forward for the next generation of leaders. The winners will possess a proven track record of success within her newsroom, have demonstrated uncompromising editorial integrity throughout her career, and have a strong commitment to the principles of press freedom and its power to promote democracy and good governance.

The 2019 recipients of the Women in News Leadership Award will be honoured during the WAN-IFRA News Media Congress in Glasgow, United Kingdom, 1-3 June 2019. The winner will receive an all expenses paid trip to attend the World News Media Congress 2019, the premier global annual meeting of the world’s press.

Eligible nominees in 2019 must:

Anyone is free to nominate a potential candidate from their markets or indeed from other markets. However, it is strongly recommended that nominations are made by superiors, peers or colleagues in order to maintain the integrity of the nominations. Deadline for nominations is 18 March, 2019.

Firstwatch has announced its first ever entrepreneurial challenge – the ‘Firstwatch Entrepreneurs Challenge’.

Are you the right entrepreneur for the job?

Firstwatch is looking for an individual with entrepreneurial spirit, someone with drive and ambition, an inspiration to others! Someone who finds the solution before anyone else knows there’s a problem. Someone who stands tall. Someone who will reach beyond the stars to cling to their dreams.

Do you fit the bill?

Do you have an existing business, or perhaps a business idea that you are committed to developing and growing?  If so, you will need to complete an online application form (link), telling the selection panel exactly why you feel you deserve a place amongst the top 100 people who will be joining the Firstwatch team on an intensely rewarding two-day entrepreneurial Firstwatch Entrepreneurs Challenge in April this year.

The overall winner will walk away with R50 000 support for their existing or start-up business.

The benefits of this challenge include upskilling entrepreneurs in terms of both business and entrepreneurial skills and giving them access to invaluable content that will ultimately give them a kickstart in getting their businesses to the next level of growth.

The 2019 pilot programme runs in Johannesburg only.  The entry closing date is 31 March with workshops and event dates on 27 and 28 April 2019.

The search is on again for the world’s greatest entrepreneurs. These are individuals who have the courage to build something truly remarkable; inspire innovation without limitations; cut through the noise of this transformative age; and fuel growth by being unstoppable. Driven by their desire to better the world around them, they stop at nothing to achieve their greatest ambitions.

Marking its 22nd year, the benefits of the EY World Entrepreneur Award include the opening up of new markets through access to business leaders and their businesses locally and globally; and joining a community of peers with shared experiences and common entrepreneurial goals. Moreover, it is an opportunity to compete on the global stage with other successful entrepreneurs, where the ultimate winner will be announced in June 2020.

Entrepreneurs eligible for consideration include:

The entrant should have a personal financial stake in the business, either directly or via share options; have built or helped build the business and have been primarily responsible for the company’s success; and has been in the post for a minimum of three years as at 1 January 2019.

For nominations and submissions visit: //geoy.EY.com/. For further information of the awards and to see the alumni programme, visit: www.EY.com/za/wea. 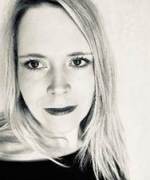 industry, two South African creatives have been selected to serve on the jury for international advertising awards competition Dubai Lynx 2019, from 10-13 March.

Bronwen Rautenbach (left), founder and creative partner at Sunshinegun, will judge the design category at the competition and will be a member of the healthcare jury at the awards.

Mandi Fine (right), CEO of F/NE, a strategic marketing communications consultancy active in the healthcare space, will be the other South African representative.

As South Africa’s official representatives at the prestigious Cannes Lions International Festival of Creativity, Cinemark was given the opportunity to nominate judges to the Dubai Lynx jury.

The Dubai Lynx awards honour outstanding work by ad agencies in the Middle East and Africa, and were launched by the International Advertising Festival, organiser of the Cannes Lions and Eurobest awards.