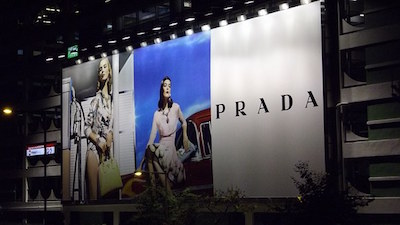 Earlier this week I participated in a lively discussion with two amazing direct-to-consumer advertising and marketing executives: Meryl Draper, founder and CEO of Quirk, an agency primarily focused on D2C clients, and Becca Freeman, consultant and former head of marketing at female hygiene company Lola. At the industry event in New York, we talked about how to build show-stopping creative strategies for D2C brands.

I expected to hear a lot about how to leverage founders’ journey stories and podcast content on the big screen of TV – but instead found myself in the middle of a powerful and pointed conversation about how D2C brands are using creative strategies to make TV advertising as performant and accountable as search and social marketing.

The conversation was not without its criticism of the status quo in TV advertising and the shortcomings of many of the industry’s current “best” practices.

For example, Draper called out the failure of so many advertisers and agencies to truly test their creative in the field, instead making ads that stroke their egos, and spending too much money on too few ads. “We need to move away from creative ego to a place where creative helps drive the bottom line … and it can,” she told the audience.

This is certainly a refreshing perspective to hear from the head of a top, award-winning creative agency, and it was seconded by Dave Poltrack, longtime head of research at CBS and one of the TV ad industry’s most important executives over the past 50 years.

Poltrack, who was in the audience, agreed that most TV advertisers have a poor track record in both testing and making enough different ad creative. He noted that CBS operates an “advertising factory” to make thousands of different spots to promote its shows, won’t air any spot without testing it first, and pulls ads immediately that don’t work. But very few of the advertisers that run on CBS do the same, he lamented.

Freeman talked about the importance of taking risks in both developing creative strategies and making ads. “Don’t be afraid to be vulnerable” in your creative — and be prepared to push back on the status quo when you need to, she told us.

She certainly had to walk that talk when she was running marketing at Lola, where she faced many challenges getting ads accepted that included the word “period.”

For someone who spends most of my time focused on the media side of the TV advertising world, I learned a lot about what marketers today can do to improve and optimize the creative side of their TV advertising. That this message is coming from top D2C advertising executives — a category that many of us believe will really shake up the TV ad industry over the next few years — gives me a lot of hope for the future of our business.

I can’t wait to watch, listen and learn from more of these up-and-coming D2C’ers. They have so much to teach us. Of course, many of the principles they are preaching and practicing were ones that we were taught years ago, but don’t seem to be practiced anymore.

In “Confessions of an Advertising Man,” written in 1963 (my birth year), David Ogilvy wrote,“ I have found it easier to double the selling power of a commercial than to double the audience of a programme.” He also told us, “We sell or else.”

So true. Sometimes what’s old is new again. What do you think?

This story was first published on MediaPost.com and is republished with permission of the author.