Tips for managing bias in the newsroom 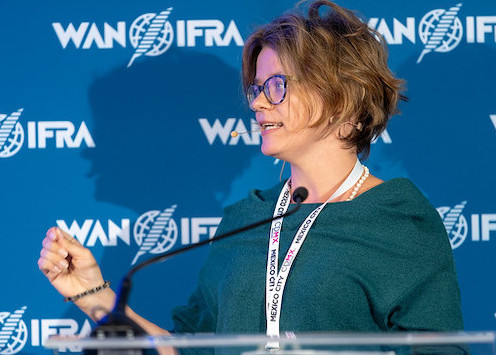 In what ways do our inherent cognitive biases shape our reality and affect our behaviour and decision-making? How does this phenomenon play out in the newsroom?

Zuzanna Ziomecka, editor of NewsMavens, explores the topic of cognitive bias in a video training series produced in co-operation with Women in News. Here is a roundup of some of her insights and advice.

Though we may not necessarily think so, we all harbour extensive cognitive bias, of which we are aware to a varying degree.

It’s a mechanism the brain uses to pick what information we consciously use and which we ignore, Ziomecka explains in the first instalment of the video series. Essentially, she says, it serves as an automatic algorithm that decides what appears on our ‘feed’ and what does not.

Scientists have identified many different types of cognitive bias. Ziomecka, who will be speaking at the Women in News Summit at the World News Media Congress (1 – 3 June in Glasgow) focuses on three examples many of us are familiar with: confirmation bias, negativity bias, and in-group bias.

Naturally, our cognitive biases massively influence how we perceive reality. Some argue that it is actually a rather useful mechanism, which can make our decision-making faster and more efficient. Others, however, believe that this ‘quick-and-dirty’ approach to decision-making may function to perpetuate ideas that are ill-conceived, less than thought out, or worse.

In any case, for those working in an industry built on the premise of being objective, it may well be worth examining more closely how these biases play out in and affect day-to-day newsroom operations.

These are some of the suggestions outlined by Ziomecka:

1. Ask for help from people different than you

“A good way of accessing if someone has a different set of biases than you is if they are not that impressed by you and express opinions different from yours,” she says.

“These kinds of people are not the easiest to reach out to, but will provide you with the best feedback about your work or decisions and point out things your brain is wired to hide from you.”

Another example of bias, taken from the book “Work Happy: What great bosses know” by Jill Geisler, refers to the idea of displaying favouritism towards people that we have hired, are coaching, or remind as of ourselves since they reflect upon our own competence and value.

“We have an identity investment in people like these which makes us go the extra mile for them, whether they objectively deserve a bigger chunk of our attention or not,” Ziomecka says.

2. Be mindful of projects you are involved in

We may be similarly biased towards projects we have helped think of or used to work on, displaying a tendency to favour or gravitate towards them.

According to Ziomecka, “they are safe spaces for you, areas that you feel confident and competent in. Watch that they don’t take up too much room in your attention and priorities, to the detriment of perhaps more strategically important work being done elsewhere.”

3. Pay attention to bias while reporting

Inherent biases can also affect editorial strategy and decisions. The Committee of Concerned Journalists created a guide that highlights some of the biases found in newsrooms.

This story was first published by the World Editors Forum at WAN-IFRA.

Simone Flueckiger is a reporter writing about all things journalism at the World Association for Newspapers and News Publishers, WAN-IFRA.
Related Articles: