LATEST NEWS
Home News Should Julian Assange have been arrested?

Should Julian Assange have been arrested? 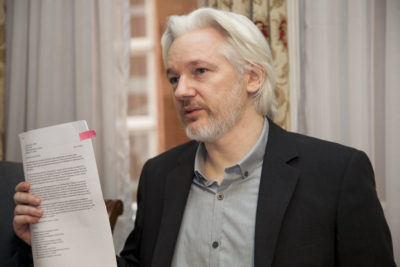 A new poll from Sweet Spot PR has surprisingly found that despite the controversial views journalists have on WikiLeaks founder Julian Assange and his actions, the majority believe that his rights as a publisher should be protected.

The poll was sent out a week ago in a bid to find out how journalists around the world view WikiLeaks and its founder’s arrest, and specifically whether they believe this case could have consequences for press freedom.

Assange was recently arrested by police in London, who hauled him out of the Ecuadorian embassy where he had been staying for almost seven years. This to avoid extradition to the United States, who have indicted him on charges of leaking classified information.

Here is a summary of the most important results of the survey:

Sweet Spot PR explains, “We’re hoping that this new survey could shed some light onto the complexities of the US indictment against Julian Assange, and how this case could impact freedom of press and journalistic practices. These results follow on from a survey which we conducted last year on the future of journalism illustrating the concerns of the industry worldwide.

“As a data-driven creative agency, we conducted this study as an internal exercise because we believe that the potential outcome of this case is of significance to the future of journalism.”

“By releasing this data, we’re hoping that journalists themselves can start the conversation about the ethics of how data should be handled in the digital age,” the agency added.