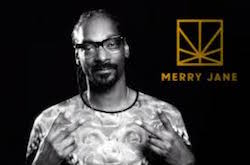 Gram by Gram is a new agency launched out of the Merry Jane digital media company, which was founded by Snoop Dogg and Ted Chung and headquartered in Toronto, Canada. It offers brand strategy, marketing and B2B services, “and culturally relevant content to brands hoping to tap into a global cannabis market expected to hit $166 billion by 2025“, Fast Company reported.

A decade ago, Vice was getting so many requests from brands on how to more effectively market to the media company’s young audience that it officially launched its own creative agency called Virtue. CEO Shane Smith said at the time, “Our whole modus operandi was not to bullshit. We decided to set up this separate wing that could leverage our talent but also be a separate company to help brands reach this demographic.”

Former Vice execs Ryan Archibald and chief strategy officer Badr El Fekkak are running the show. “All these requests are coming about, asking about the culture and how to properly access it,” Archibald told the magazine. “They were asking about marketing and brand identity and things like that. So there was definitely a need to launch a separate entity from Merry Jane as pure agency services.”

Within the cannabis industry, Gram by Gram has already landed a heavyweight client in $11 billion company Canopy Growth, servicing its portfolio of brands, which include Tweed and Leafs by Snoop, as well as working on new brand launches.

Check out the full story on Fast Company. 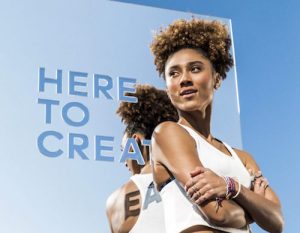 Sportswear brand Adidas is changing the way it does business and operates with its agencies, in order to focus on the long-term health of the brand.

Tweaks to media and marketing strategies, and a step away from short-term metrics compose the change.

A combination of legacy infrastructure and siloed KPIs, means brand teams often aren’t focused on the same outcomes, something which the company is urgently seeking to address.

In agency account pitch news, cellular company Vodafone conducted pitches with agencies in the UK as part of a global media review. This after the brand brought biddable media in-house.

Incumbent Wavemaker, which has held the account since 2014, is competing against Carat and Omnicom Media Group for the business.

The legalisation of sports betting in the US has opened up new opportunities for media players in the country, but the challenge is to strike a balance between editorial integrity and commercial gain.

Fox has been at the forefront of the domestic sports betting movement with its online betting app, Fox Bet. The company is also buying 5% of Canadian gaming and online gambling company Stars Group Inc for $236m.

WARC has a thorough investigation into this trend, which you can read here.

Representatives from 25 countries, including 100 foreign attendees have converged in Brest, Belarus for the 14th edition of the Belarusian international media forum.

A range of topics will be covered, including Modern Journalism and Social Media, a big talking point in the world at present.

Over the years, the event has grown into a major gathering on the calendar of global media players, which is organised by Belarus’ Information Ministry. 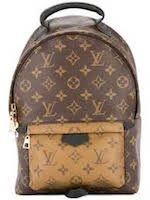 Campaign is reporting that the FBI in the US has issued a subpoena to LMVH, the French luxury company that owns brands such as Luis Vuitton, Moët & Chandon, Veuve Clicquot, Hennessy and Christian Dior.

In October 2018, the US’s Association of National Advertising alerted members the FBI had contacted its outside counsel, Reed Smith, to assist in its investigation into US media buying practices. Reed Smith speculated it could be about deception between media holding companies and advertisers, but was more likely to encompass tax evasion and corruption.

For more on the background to this breaking story, check this out on Digiday.

McDonald’s has used its popular Monopoly app (based on the board game) to optimise its digital advertising and drive foot traffic in Australian stores, WARC has reported.

Director of analytics at Flashtalking (an ad server operation), Peter Falcone, said the company had addressed challenges posed by the fast food chain by auto-optimising ad buys based on app usage, and joining up audiences in the data management platform with the broader ad infrastructure and “power the digital out of home” in the vicinity of McDonald’s stores.

The most important result of the campaign, more than the increase in app downloads and gameplays, was the “3.33% uplift in sales for restaurants with dynamic and personalised creative billboards compared to those with still formats”.

To read more about how they did it, visit WARC here.