The DJ Fresh, SABC situation: What is going on? 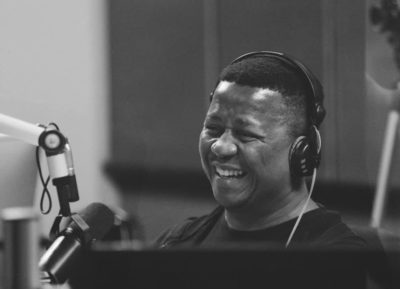 
It is unclear when Thato ‘DJ Fresh’ Sikwane will return to Metro FM’s airwaves, as the SABC says it first wants to conclude an investigation and possible disciplinary hearing into the matter. DJ Fresh was suspended, allegedly for using bad language on air.

The public broadcaster refused to give more information on the subject, other than for spokesperson Vuyo Mthembu saying, “Mr Sikwane has been unscheduled on Metro FM until further notice. At this point we cannot confirm when Mr Sikwane will return to air. This is a matter between the SABC and Mr Sikwane and we are not in a position to comment further.”

Speaking on the matter, independent media consultant Tim Zunckel says that every radio station has a language policy, which states talent can’t use bad language and can’t bring the organisation into disrepute, though specific words aren’t banned. This leaves matters open to interpretation, which can be problematic for talent.

But Zunckel believes that something other than use of bad language is going on with the DJ Fresh situation.

“I think there’s some issue between him and management, and management are trying to prove a point and they are using a relatively small thing,” he comments. He points to more offensive and sexualised content in some of the song lyrics played in the three hour show, throughout the year, to substantiate his point, adding that he believes SABC can’t afford to lose DJ Fresh, as he draws advertising revenue.

Zunckel has experience in station management. “I’ve had a programming thing before where I’ve told a guy, say something stupid, so that we can give you time off air… Because there’s a storm around him, because they’ve done a stunt, or an interview, or they’ve climbed into a certain community, whether it’s religious or cultural, so there’s pressure or heat and you basically need to reset the whole thing, and you reset it by getting the talent off air for a period of time,” he elaborates.

DJ Fresh has not been on air this week after being suspended from his Metro FM morning radio show for allegedly using inappropriate language on air on two separate occasions.

In the first instance, he allegedly used a variation of the isiZulu swear word “msunery” when responding to a listener, and in the second he allegedly told a listener to “stop tweeting out your ass”.

A complaint was lodged at the Broadcasting Complaints Commission of South Africa (BCCSA) by self-described social economic activist Daniel Mokwa, who, in speaking to Sunday World, says he wants to hold DJ Fresh liable for what he said. But suspending a DJ because of just one complaint received by the BCCSA seems a bit ridiculous.

DJ Fresh was approached for comment, but declined at this stage to add anything further. However, he has been responding to his fans on social media, with the following tweets:

Your guess is as good as mine …. maybe never!! Only Badimo know these things ??‍♂️

This is not the first time that DJ Fresh has courted controversy. When he was still at 5FM, he was taken off air and suspended for a short period of time for dropping an f-bomb on air. Other DJs have also been in trouble for their language usage on air, including Phat Joe and Gareth Cliff. Sometimes it isn’t what they said, but the context in which it was said.