Media and marketing firm Dentsu Aegis Network (DAN) has embarked on a network restructure, merging three of its brands into a new unit called dentsu X.

The move is aimed at simplifying the group’s services, and DAN says the merger will create a new modern marketing agency for the UK.

The new unit already has an impressive client list that includes the likes of Jaguar Land Rover, Converse, Lidl, United Airlines, and Square.

For the full story, published by Prolific London, click here.

And in other news for dentsu X, Upfield (parent company of Flora margarine spread) has named the agency as its media partner, parting ways with WPP’s Mindshare.

In ongoing turbulence in the digital media sector in the US, over 300 Vox Media employees walked out on Thursday. CNN has reported that staff and management had failed to reach agreement for “a union contract after more than a year of negotiations”.

Now a number of the company’s websites have gone dark, including Vox, SBNation, The Verge, Eater, Recode, and Curbed.

Vox Media Union tweeted: “Our unit members are taking their sites dark today to show management how important these issues are to us”, with communications director at union the Writers Guild of America East, which is representing the staffers, telling CNN Business that the walkout was a sign of unity. “What you are seeing right now is commitment and solidarity between Vox Media employees,” Jason Gordon said.
For more, read the story on CNN. 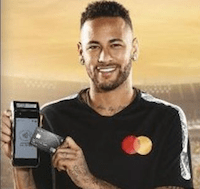 Mastercard has called a halt to Neymar’s advertising campaign after the Brazilian footballer was accused of an alleged rape.

“We have a series of marketing campaigns, but we decided to stop all those that include Neymar as our brand ambassador until the issue is resolved,” read Mastercard’s statement.

Brazilian channel Record TV showed a video of the meeting between Neymar and the model Najila Trindade in a Paris hotel, where the two engaged in a scuffle.

For more, see the story on Marca.com

India’s media has been praised over the years for how it operates, including professional, truth-seeking and supportive narratives that it tells.

But it’s impact has remained largely in the borders of the Asian nation, not being able to extend to the global stage. Scroll.in published an excerpt from an essay ‘A Missing Voice: India in the Global News Space’, part of a new book on the new era of journalism in the country.

Tackling the underrepresentation of women in media

The Harvard Business Review has published a piece exploring how the problem of underrepresentation of women in media can be solved.

In this day and age, it is common knowledge that women will be seen less in media, both as the subjects and sources of stories.

In a 2015 report, women made up a mere 19% of experts featured in news stories and 37% of reporters telling stories globally. Not much has changed today. 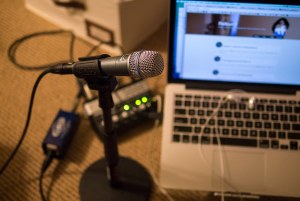 Podcasting is fast becoming the talk of the town in the media world globally.

This emerging medium, which has started to gain serious traction around the world, offers a more personalised approach to storytelling, and intimate connections with people it reaches, as they have chosen to engage with it.

Gareth Cliff, co-founder of CliffCentral recently held a session on the power of podcasting, which The Media Online covered. Here is that article.

But, according to a WARC report, the medium still faces some challenges before it enters the mass media space. Here’s what you need to know.

Puma socks it to them in CWC campaign

Puma’s new ‘Sock Them’ campaign by Wunderman Thompson India is tapping into the excitement around the ongoing Cricket World Cup.

Mumbrella Asia has reported that the film was “inspired by a hand gesture from Indian team skipper Virat Kohli on the Sydney cricket ground, indicating that he ‘lets the bat do the talking’”.

Wunderman Thompson India’s chief creative officer Senthil Kumar, who also directed the film said: “It is inspired by Virat Kohli’s response to the opposition banter and their fans sledging, when he scored a century in Australia.

“We believe this is the best attitude that the Indian team can have, as they start their 2019 World Cup Campaign and built everything else around this iconic moment.”