How to podcast successfully according to Gareth Cliff 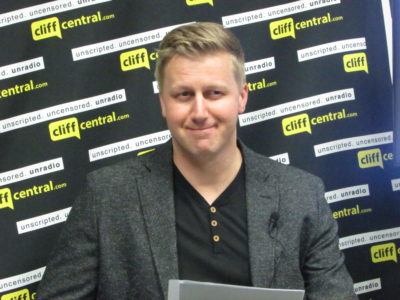 Creating a tribe that is served trustworthy content, which acts as a native endorser through word of mouth, is what podcasting is all about.

This was just one of the valuable takeaways from CliffCentral’s recent session on the Power of Podcasting.

“Five years ago, podcasting was something most people in this country didn’t know about. Now, podcasting is mainstream, and people talk about podcasts they listen to like we talk about Netflix series everybody watches,” says Gareth Cliff, founder of CliffCentral.

The endowment effect and podcasting

Author and podcast presenter Timothy Maurice was the first guest speaker. He unpacked the endowment effect, which is linked to podcasting in a very interesting way.

In psychology and behavioural science, the endowment effect refers to the finding that people are more likely to retain an object they own than acquire that same object when they do not own it.

“Podcast listeners own the content, they aggregate the content, and see it as associated to them. There’s an ownership dynamic that plays out in an extraordinary way… People are drawn to things that they own, that they feel is theirs,” Maurice explains.

“Things that help us thrive and survive kick our brains into high-efficiency mode, even things that we can share with others to help them thrive with, you can place a higher margin on those things… You form a closer relationship with it, and people want to share things of value with their communities, so there’s a powerful volunteer effect,” he adds.

People want value that they know they can trust, and if you are serving a podcast that people can trust, then you can place a higher premium on it.

The second guest speaker was Ernest North, founder of insurance company Naked Insurance, who has a podcast series on CliffCentral called The Naked Economy.

“The part that we’ve always struggled with is the numbers, because everybody goes straight to ‘what are the numbers?’ Everybody wants to know how many people are listening to this, because that’s the old media way of thinking,” Cliff says by way of introduction.

This ties in with the Cliff and North’s message that a new approach and way of thinking is required from media practitioners, and brands in general, one that deviates from traditional thinking, is innovative, customer-centric and pushes boundaries. This is what drives North’s insurance company, with elements that differentiate it from every other one, including a fully automated claims process.

Speaking to The Media Online after the gathering, Cliff discussed the ways of monetising podcasts, as well as the reception from brands and advertisers to them:

CliffCentral now has more listeners to its podcasts than the online station itself. The company makes two thirds of its revenue from podcasting, both signs that this audio format is definitely on the up, and its trajectory is skyrocketing.

A growing trend around podcast advertising is that brands sponsoring series which have nothing to do with their area of business, e.g. a car manufacturer sponsoring one on history. Cliff says at this stage it is 50/50, with the other side of brands punting their products and their industries.

“The brands that understand that it isn’t a hard sell, it’s a lot easier to do really creative, interesting, cool stuff with those. There are still some brands that have old ways of quantifying their spend and of justifying that spend to the financial director,” says Cliff.

Concluding, Cliff gives this summary of the power of podcasts: