Digital safety is the core mandate of the newly-created Global Alliance for Responsible Media, which has brought together major advertisers and digital publishers.

Ensuring that adverts are not running alongside hateful, misleading or controversial content is a major focus, as well as working with major social media platforms to shore up their algorithms to promote brand safety.

For the full story, published by TechCrunch, click here.

TV marketing body, Thinkbox has revealed the list of finalists for its creative account. The review comes after Thinkbox split with Red Brick Road after 12 years.

In other agency pitching news, travel company, Travel Republic is holding an account review, and tech company Oracle is also having a global media account review.

In other major media agency pitching news, American e-commerce giant eBay has launched a review of its global media planning and buying responsibilities in an attempt to streamline the business.

Incumbent WPP will be squaring off against Publicis, in what should prove to be a fascinating battle. 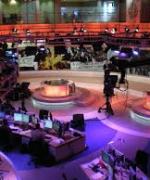 Al Jazeera Media Network is launching a counter against renewed calls by the Department of Justice for the media company to register as a foreign agent in the United States.

The television network argues that it is an independent entity, with no influence or control from the Qatari government, but the US is skeptical about this link. 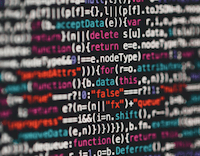 In its latest report, the data protection regulator set out concerns about the real-time bidding process used in programmatic advertising, Tech Crunch reported.

“In what sounds like a knock-out blow for highly invasive data-driven ads, the Information Commissioner’s Office (ICO) concludes that systematic profiling of web users via invasive tracking technologies such as cookies is in breach of U.K. and pan-EU privacy laws,” the publication reported.

“The adtech industry appears immature in its understanding of data protection requirements,” it writes. “Whilst the automated delivery of ad impressions is here to stay, we have general, systemic concerns around the level of compliance of RTB.”

Still in the United Kingdom, that country’s Advertising Standards Authority is enforcing its ban on gender stereotypes in advertising. It announced the ban in December 2018, but built in a six month ‘buffer’ before it took effect.

Advertisements are not allowed to include “gender stereotypes that are likely to cause harm, or serious or widespread offence”. As Vox reported, “Ads can’t show men or women ‘failing to achieve a task specifically because of their gender’ (e.g. a man’s inability to change nappies; a woman’s inability to park a car), depict ‘stereotypical personality traits’ for boys and girls, or suggest that new mothers “should prioritise their looks or home cleanliness over their emotional health’.”

Havas buys Battery in the US 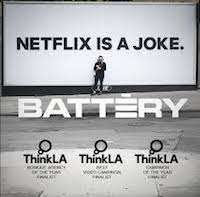 Havas is buying US advertising company, Battery, which includes Netflix in its client list. The Los Angeles based firm has revenues of around $10 million, Reuters reported on Thursday.
The move will boost Havas’ presence in the United States and “allow it to tap into the lucrative and growing sectors of video gaming and streamed entertainment shows”, the news agency said.
“Convergence of advertising, entertainment, music and gaming remains a priority of Havas and Vivendi, and the Annex is a main part of our evolution,” Havas Group chairman and CEO Yannick Bollore said. Havas is part of French-owned media group Vivendi.
For the full story, read on. 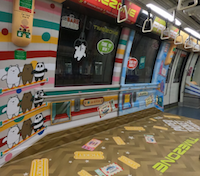 Across the globe in Singapore, family entertainment centre operator and Cartoon Network have co-branded six carriages on a train in Singapore.

“The train is part of the Singapore metro transit system’s North East line. Its carriages have been redecorated to include characters from popular shows on Cartoon Network like We Bare Bears, Ben 10, The Powerpuff Girls and Adventure Time,” Mumbrella Asia reported.

VP for Asia-Pacific Cartoon Network, Vikram Sharma said: “This very special train is sure to put a smile on every commuter’s face.