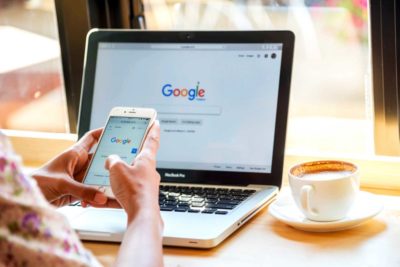 Photo: The past and present of Google – what’s next? Sirirat/Shutterstock.com


The priorities of the new digital generation were on full display this week, highlighted by the top queries in this week’s Google search.

Face App, which has been generating a lot of buzz recently, was the most queried Google search term on Wednesday (100 000 searches) in South Africa, even more popular than Mandela Day (50 000).

The internet went crazy over the two-year-old app, which uses artificial intelligence to create a rendering of what users might look like in a few decades. Face App went viral as users posted their aged likenesses on social media in the #faceappchallenge.

However, the app garnered even more attention, and made more headlines, after concerns were raised by privacy experts, that the app (made in Russia) may pose a threat to users’ privacy as it stores photos on its servers.

US Senate minority leader, Chuck Schumer, even went so far as appealing to the FBI to investigate the app.

Other predictable top Google searches in South Africa this week, included “Johnny Clegg”, which garnered more than 500 000 search queries on Tuesday as the news broke of his passing, and ‘Mark Batchelor’, which generated over 200 000 searches on Monday similarly as news of his passing arrived.

Predictably, ‘Jacob Zuma’ also garnered more than 100 000 search queries on Monday, as he made his first, much-anticipated appearance in front of the Zondo Commission on state capture. His son Duduzane Zuma also charted in the Google top searches on Friday, as the Randburg Magistrates Court found the former first son not guilty of a charge of culpable homicide.

On Saturday, tennis star Serena Williams recorded more than 50 000 searches, after she suffered a 6-2, 6-2 defeat against Simona Halep in the Wimbledon final, and on Sunday ‘Macdonald Ndou’ picked up more than 10 000 search queries after reports of the Muvhango actor’s arrest made the rounds.

Search trends information is gleaned from data collated by Google based on what South Africans have been searching for and asking Google. Google processes more than 40 000 search queries every second. This translates to more than a billion searches per day and 1.2 trillion searches per year, worldwide. Live Google search trends data is available, here.