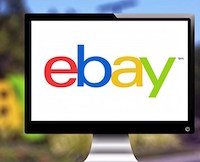 MediaCom was already the brand’s media agency of record in Europe and Australia, but Publicis handled the business in North America. Asia, where eBay also does significant amounts of business, was excluded from the review, as the company utilises a different strategy in that region.

According to a source close to the situation, the review comes after several leadership and operational changes at the company.

Netflix denies it will start advertising on its service

Netflix has scotched speculation that it intends offering advertising on its streaming services around the world.

When announcing its second-quarter earnings on Wednesday, Netflix said in a letter to investors, “We, like HBO, are advertising free. That remains a deep part of our brand proposition; when you read speculation that we are moving into selling advertising, be confident that this is false.

“We believe we will have a more valuable business in the long term by staying out of competing for ad revenue and instead entirely focusing on competing for viewer satisfaction.”

For more, read the story on Variety.com. 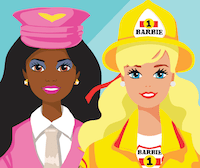 In other agency account news from this week, Mattel named IPG’s UM as its agency of choice for global media buying.

Asia Pacific, Europe, Middle East and Africa are the regions covered by the agreement, and the move follows the January 2018 appointment of UM LATAM to manage Mattel’s media planning and buying in Latin America.

According to the toy manufacturer’s first quarter financial results, net sales were down 3% compared to the previous year over the same period. But worldwide gross sales for action figures/building sets/games were $150.3 million, up 18%, primarily driven by the initial sales of Toy Story 4 products in advance of its theatrical release as well as Jurassic World.

Marketing Interactive has more details of the appointment, here.

Whoever said that cinema is a dying medium, can eat their words, particularly in the UK.

The company responsible for selling 82% of cinema ads in the country, Digital Cinema Media (DCM), reported a 12% increase in year-on-year ad spend in the first half of 2019, and expects “huge audiences” in the second half of the year.

The company cites “the medium’s popularity among younger audiences” as a massive driving factor for increased ad sales and attendance figures.

For more details on this story, published by WARC, click here.

Having gone through an extended period of downsizing and cost-cutting, one of the world’s most trusted news brand has plans to hire 20 extra staff across advertising sales and digital products in 2019. This, says DigiDay, is because BBC Global News’s international ad business is profitable once more.

“BBC Global News, which is the international commercial division of the BBC, reported an £8 million ($8.9 million) profit this month for its last financial year — the first full year of results after the completion of the merger. That marked its return to growth, with a 6% rise in total advertising growth after several years of zero to negligible growth,” the trade magazine reported.

This followed a total restructuring, which took nine months to complete, and involved the relocation and integration of 180 advertising staff who previously fell under the BBC Worldwide arm (now merged into commercial arm BBC Studios). The broadcaster cut roughly two dozen staff during the transition.

For more, read the full story on DigiDay. 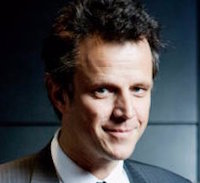 Publicis, the French advertising conglomerate, has reported lower-than-expected revenue, leading to a slump in its shares on Friday, which dropped 8.5%, their lowest level since December 2012.

Chairperson and chief executive, Arthur Sadoun, said in the company’s results statement that clients were “suffering from various pressures leading to budget cuts and fee reductions in sectors where we have a disproportionate share of market”.

The US, he said, had played a role. America was down 1.7%, due to some of its consumer-packaged goods (CPG) clients spending less on traditional advertising, the company said in a statement. CPG makes up around 25% of its clients overall. The company had also bought data marketing business Epsilon for $4.4 billion acquisition and was behind the decision to cut its 2019 revenue growth guidance.

For more, check out the story on AdNews.