LATEST NEWS
Home News World of Media: Facebook, Instagram and WhatsApp go down, WPP scraps with Accenture, how many followers does a celebrity make?

World of Media: Facebook, Instagram and WhatsApp go down, WPP scraps with Accenture, how many followers does a celebrity make? 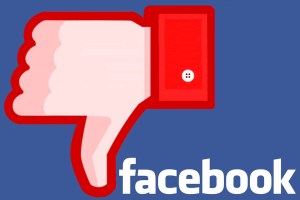 Particularly in Europe, South America and North America, users were reporting problems with accessing media files, including images, videos and GIFs across the various platforms.

Twitter too was experiencing technical difficulties, reporting problems around delivery and reporting of direct messages.

India Today published a summary of the situation, here.

WPP and Accenture get into it

Global agency giant WPP is squaring off against professional services company Accenture, with the former revealing that it won’t share its media data for an audit with the latter.

Advertising sources told DigiDay that the agency was doing this to prevent Accenture from using the data to undercut WPP’s prices on pitches.

It has also been revealed that WPP has taken the decision to not participate in any media pitches supervised by Accenture, starting in 2020.

For the full story, published by DigiDay, click here. 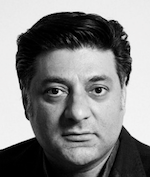 Dentsu Aegis Network has bought the Vietnam operations of independent agency Ambient Digital, an agency it claims is the country’s largest independent. While Ambient Digital has expanded to South East Asia including Myanmar, Indonesia, the Philippines, Singapore and most recently Hong Kong, these don’t form part of the deal.

DAN has facilitated the deal in order to launch iProspect in Vietnam. “Dentsu Aegis Network’s acquisition of Ambient Vietnam is the lynchpin in driving towards our strategy to be the leading marketing services group built for the digital economy in the region,” said Sanjay Bhasin, CEO of Dentsu Aegis Network Indochina (above).

“They have grown to become the largest independent digital media agency in Vietnam and continue this journey by spearheading the entry of iProspect here. As multi-screen search and performance campaigns become a key focus for advertisers, the launch of iProspect through the Ambient acquisition ensures our clients continue to succeed in the digital space.”

For more, check out the story on Mumbrella Asia here. 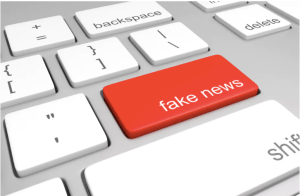 Technology drives fake news. Could it also stop the problem in its tracks? Shutterstock

Fake news has been the talk of the town for the past year, but now a new threat could be emerging.

The Guardian ran a fascinating piece about ‘fake text’, whereby an artificial intelligence fake text generator is used to compose paragraphs, based on just one sentence.

An example of this has already popped up on discussion site Reddit, over the issue of cooking an egg without a frying pan. While this topic seems innocuous enough, the potential scenarios that this type of tech could unleash are frightening.

Read more with The Guardian, here.

How many followers makes you a celeb in the United Kingdom? 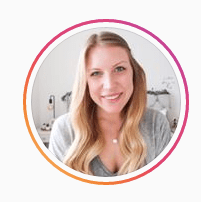 The magic number of followers to boost you into celebrity status is 30 000, the UK’s Advertising Authority reckons. And if you  have that number of fans, it means you have to obey the same advertising rules as mega celebs such as David Beckham and Stephen Fry.

The ruling followed a dispute in which an Instagram user, with 32 000 followers, posted an ad for sleeping tablets and while ThisMamaLife disclosed the post was an ad, the ASA ruled she had enough followers to make her a celebrity, thus banning her from endorsing drugs.

“We noted Sanofi’s (the manufacturer) argument regarding the comparatively low number of followers ThisMamaLife had in contrast to notable celebrities,” the ASA said in its ruling, “However, we considered that over 30 000 followers indicated that she had the attention of a significant number of people. Given that she was popular with, and had the attention of a large audience, we considered that ThisMamaLife was a celebrity for the purposes of the CAP Code.”

For more, read the report on The Verge.

The full power of influencer marketing was on display as a New Zealand hot chocolate brand, Avalanche, is now under serious pressure to deliver products after a massive surge in demand.

The picture of an Avalanche box of hot chocolate went viral and now business is booming for the Kiwi brand.

The full story can be read on Now to Love, here.

“The market study will help us further lift the lid on how major online platforms work, especially how they collect and use personal data, how they monetise their content through digital advertising, and what this means for competition. The findings from this work will be used to influence the direction of policy and regulation in the digital sector,” said CMA chief executive, Andrea Coscelli.

In a statement, the CMA said the market study would examine concerns about how online platforms are using people’s personal data, including whether making this data available to advertisers in return for payment is producing good outcomes for consumers. The CMA will examine whether people have the skills, knowledge and control over how information about them is collected and used, so they can decide whether or not to share it in the first place.