Can cinema survive in a golden age of serial TV? 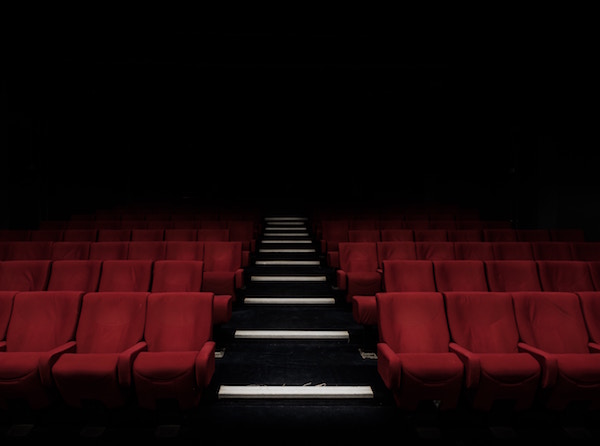 
There are many reasons you might think cinema is going the way of the dinosaurs. With the popularity of long-play TV series booming, are films “too short” now to allow the kind of plot and character development that we have become used to? In our changing world of media, does the distinction between ‘TV series’ and ‘film’ even make sense?

In a recent class, when I asked my film studies students who had watched the set film for the week only a few hands went up – and my heart sank. Searching for an explanation, I asked who had watched the latest episode of the popular Netflix show Stranger Things. Nearly every hand went up.

What does this anecdote reveal about changing viewing habits? Does the fact that even film students prefer the latest streaming series to the classic films set as coursework serve to illustrate the point that cinema is dying?

There is no doubt of the enormous appeal of the many long-form series readily available to subscribers of streamed content providers such as Netflix, Amazon Prime, HULU, iTunes, Google Play, and NowTV. Viewers can binge-watch or pace their way through their favourite show before algorithms point them to their next favourite show, in an endless addictive cycle of entertainment and sleep deprivation.

There are many reasons for the global popularity of streamed series. For one, their characters are often more diverse and interesting than many of those in mainstream Hollywood filmic fare. This is exemplified so well by shows such as Orange is the New Black, with a nearly all-female cast playing characters with diverse sexual orientations and ethnic and class backgrounds.

Over the many hours of screen time, spanning many years in some cases, audiences become emotionally invested in characters’ stories. They become our screen companions and virtual friends. This has seen global fan bases emerge. These fans find kinship and a new kind of collective mourning when providers cancel their favourite show as seen with the devotees of the The OA. The size and influence of these groups has helped the success of campaigns like that of Sense8 fans, who fought for and won a finale of their cancelled show. Similarly, the fans of One Day at a Time helped it find its new home at cable network “Pop”.

But traditional Hollywood cinema refuses to die – as evidenced by the boom in franchise event cinema. A recent report from the Motion Picture Association of America reveals rising worldwide cinema ticket sales. The total takings at the box office topped US$41 billion – and the number of cinema screens worldwide increased by 7% (to 190 000 screens). The report states that “there is no question that in this ever complex world of media, theatres are vital to overall entertainment industry success”.

But cinema still has its place. It allows a fantasy-filled retreat for family and friend entertainment – an immersive experience without the distraction of mobile phones, knocks on the door or family members talking over important bits. Cinemas, film societies, or open-air screenings become spaces where we can put our political divisions aside and cheer collectively for heroes overcoming odds to save screen worlds.

Blockbuster films may be thriving, but poetic art cinema has a more precarious place in the market and needs nurturing by cinephiles. Film director Alejandro G. Iñárritu (of The Revenant, Birdman, and Babel fame) recently spoke to Variety about how our worlds are being closed in by streaming services managed by “algorithms designed to keep feeding people what they like”. He added: “the problem is that the algorithms are very smart but they are not creative, and they don’t know what people don’t know they like.”

We are in a golden age of streaming content and at-the-cinema-film. We just need to be guided by more than algorithms to see the treasures hiding away in this new era of excess and neglect.

TV or film – what’s the difference?

To complicate the arguments about the relative merits of TV series and film, distinctions between film and television are less clear than they ever have been. Many films (particularly those involving superheroes) are no longer stand alone, but form part of a serial cinematic “Universe”.

Many TV series now consist of feature-length episodes. With a run-time of 151 minutes, we could ask whether the Sense8 finale was actually a Netflix film, rather than a single episode. And, does it even matter to viewers what we call it?

In a world where visual media is being increasingly viewed on tablets, mobile phones and laptops rather than in actual cinemas or on television sets perhaps the terms “cinema” and “television” no longer even make sense. This is an argument my co-editors and I make in a recent editorial for the journal Transnational Screens.