Founder of PR company Bell Pottinger, Lord Tim Bell, has died. Bell Pottinger were the notorious agency hired by the Gupta family to run the divisive White Monopoly Capital campaign in South Africa that ultimately resulted in its demise.

Bell was co-founder of celebrated London ad agency Saatchi & Saatchi, and played a pivotal role for its most famous client, Margaret Thatcher. As the UK PM’s communications advisor, he is credited for creating the ‘Labour Isn’t Working’ campaign and reportedly advised Thatcher on interview techniques, clothing, and hairstyle choices, said The Holmes Report.

“Yet while Bell Pottinger’s collapse, and the consequent ethical reckoning across the PR world, may have tarnished Bell’s legacy — his influence in terms of shaping London’s communications industry cannot be overlooked,” it said.

For more on the “pioneer in political communication”, check out the obituary in the Holmes Report. 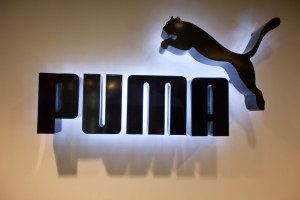 Puma’s return to Fifth Avenue in Manhattan with a flagship store, which has been two years in development, marks a return to the US market for the sportswear brand.

But, more interestingly, with the move comes Puma’s strategy of moving its marketing spend back into traditional and broadcast media, rather than focusing it on live retail or experiential spending.

Aside from judging the brand new retail outlet solely on its ability to shift stock, the store has been designed with brand immersion in mind.

The Drum has the full story, here.

In agency account news, it was a week to celebrate for Wavemaker, which retained Chevron’s $60 million global media account.

The energy corporation has been a longtime client of WPP with the agency group having handled the media duties for the company for over 16 years through its former agency, MEC.

The Drum has a summary of major agency account moves from this week. They include HSBC, WW, and Voss Water, to name but a few. That wrap can be found, here.

Representatives have told the committee of the challenges they are facing in the province, which primarily seem to be focused around funding.

Montreal Gazette editor-in-chief Lucinda Chodan said the provincial government could help by setting up a temporary fund for media until they can come up with a new business plan. Otherwise, she said, there’s no guarantee her paper or others will survive.

Global News has more details on this story, here. 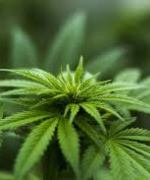 Forbes has created a list of 15 of the most powerful and innovative women in the cannabis industry at present.

Facebook wants to make its platform more secure ahead of the 2020 elections in the US. The social media giant said advertisers would now be required to provide more information about their organisations, including government issued tax identification numbers and their location. It reckoned its disclaimers were abused with some advertisers using misleading names.

“In exchange for providing that information, organisations can use their name in ad disclaimers. An ‘i’ icon in the upper right-hand corner of the ad will show that they are a ‘confirmed organisation’. Clicking that icon will reveal additional information about the advertiser, including their government ID number,” The Verge reported.

“While the authorisation process won’t be perfect, it will help us confirm the legitimacy of an organisation and provide people with more details about who’s behind the ads they are seeing,” the company said in a blog post.

For more, check out the story on The Verge. 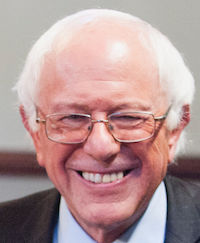 Senator Bernie Sanders has proposed revamped anti-trust action against Facebook and Google, as well as new collective bargaining powers for media companies as part of a comprehensive plan to protect journalism.

In an op-ed in the Columbia Journalism Review, Sanders said the US should “consider taxing targeted ads and using the revenue to fund nonprofit civic-minded media”. This is an idea also mooted by Nobel Prize-winning economist, Paul Romer, who believes an a “progressively oriented tax — in which rates increase with the scale of the targeting — could encourage companies to explore alternatives like ad-free subscriptions”.

The Verge has more on this story.