Johnny Depp: row over Dior ad and Native American culture is more nuanced than you think 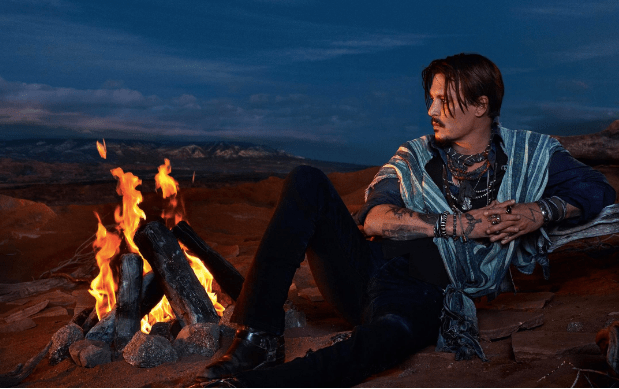 
The social media reaction to Johnny Depp’s controversial new video for Dior’s ‘Sauvage’ perfume was intense. So intense, in fact, that Dior took the ad down from its Instagram feed within a few hours of posting it.

Critics said the video, which featured the US actor walking amid the red rocks of Southwestern Utah while a Sioux warrior performs a ‘Fancy Dance’ (a war dance), was “deeply offensive and racist”.

Many pointed out a connection between the perfume name and the French name of the fragrance line, which translates as ‘savage’ in English. Two minutes viewing the advert below will explain the furore.

The advert ticks off a whole list of triggers:

Viewed from this perspective, the advert is a dog-whistle call to the social media universe. It was designed to encourage people who either loved or hated it to engage – and, at the same time, push it out to their friends. So, on both sides of the argument, they become complicit in sharing it.

Depp’s co-star, playing a woman named in the ad simply as ‘the maiden’, is Tanaya Beatty, an Da’naxda’xw actress from Canada. She recently described Dior in an interview with Variety as having been “misguided” in relation to the short film for Sauvage.

She said that she was hesitant to take on the role and felt conflicted during filming, “witnessing as a company blatantly disrespected indigenous culture”. She pledged to make a donation to an “inter-tribal non-profit” and encouraged Depp and Dior to do the same.

The advertisement, directed by the French music director Jean-Baptiste Mondino brings together a number of tribal traditions and signifiers.

It shows Depp playing a guitar riff, made famous by Shawnee guitarist Link Wray, against the backdrop of the Arches National Monument in Utah, the ancestral lands of the Apache, Navajo and Ute. Meanwhile, dancer Canku Thomas One Star of the Rose Bud Sioux tribe of South Dakota dances the Fancy Dance.

At a time when the world is facing unprecedented ecological, political and economic problems linked to unchecked growth, the argument over the Sauvage advert presents an intriguing example of how capitalism works in the social media age. It speaks to a new sort of politics at play, where the public is strongly encouraged to be politically active in relation to their consumer choices.

This is activism within a public sphere, involving no direct participation in democratic institutions. The advertisement fuels the urge to take an online stand. By doing so, commentators may also be providing advertisers with further information about their profile as consumers.

Dior may have pulled the ad, but even this has added to its notoriety. Meanwhile, many took to Twitter to defend Depp and the perfumier.

Dior has provided plenty of information to allow the debate to continue. Those inclined to view it positively would be pleased to learn that the advert had been made in collaboration with the respected, non-profit known as Americans for Indian Opportunity “in order to respect indigenous cultures, values and heritage”.

AIO, which is based in Albuquerque, New Mexico, was founded by the respected Comanche leader and activist, LaDonna Harris and is now run by her daughter, Laura. LaDonna Harris is a different sort of Indian activist than most of the world is familiar with. A savvy, poised cultural broker who was the first Native American woman to run for vice-president of the US, her political and social skills and her proximity to power as the wife of Democratic senator Fred R Harris allowed her to achieve exceptional things for Native Americans and for the environment.

Aside from helping to achieve the first return of Indian land from the Federal government, Harris served on a host of federal committees from 1967 and testified at a series of pivotal congressional hearings. She also facilitated the adoption of Johnny Depp into the Comanche Nation in 2013, shortly before he played Tonto in the 2013 film of The Lone Ranger (for which he was widely criticised at the time).

Overall, the story behind this Twitter furore is complex. It brings to the fore the diversity of today’s Native America and the larger issue of how difficult it is to fully understand and productively comment upon the advertising we see.