Revamping sites, blockbuster content, and a focus on guest services: Inside Ster-Kinekor’s strategy 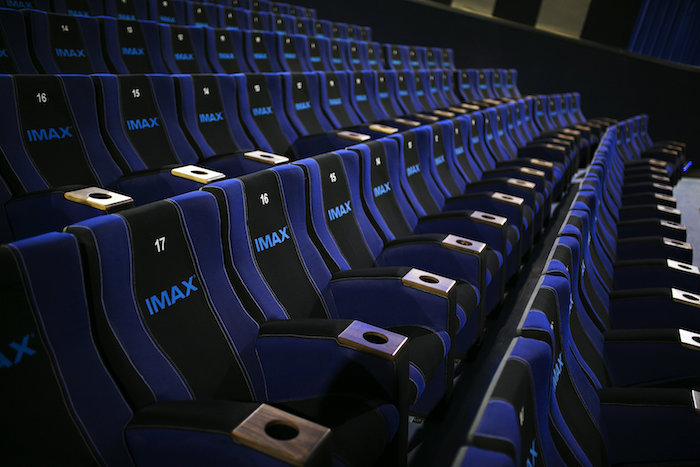 In an exclusive interview with The Media Online, Ster-Kinekor CEO Ryan Williams reveals the fantastic start that the company has had to this financial year.

“The sales space is doing very well, and attendance volumes were up for the comparable period in August, not hugely, around 2-4% … This is the strongest start to a financial year the business has had in probably four, five years,” he says.

Looking at the broader picture, the cinema space is mostly in good stead. The UK had its strongest attendance year last calendar year since 1971/72 (i.e. the biggest volume of tickets through the doors), while a recent WARC report forecast that the medium is expected to generate $4.6bn in advertising this year (an increase of 6.8% from 2018 and several percentage points ahead of the 4.6% forecast for all media).

Ster-Kinekor is using three factors to keep attendances and advertising on the up.

Firstly, “We’ve been able to reinvest quite a lot of our cash back into recapitalising cinemas, so last year we revamped nine sites, both partial and full,” reveals Williams.

Recent revamps have taken place at Rosebank and Greenstone with ones also on the cards for Carnival City and Musgrave in the near future.

“We think that this is one of the things that really matters in the cinema game, because there’s lots of ways to consume film. There’s got to be a way to ensure that experience is the differentiator, fundamentally. Make sure that the seats are comfortable and that the show is really good. And we’re investing back into doing those kinds of things,” he adds.

The kid’s format cinema has also been particularly successful.

The second driving factor is the content slate that is on offer. Already this year, Secret Life of Pets 2, Spiderman, Toy Story 4, and Lion King have made a splash, with the latter trading near the R100 million box office mark in the country (only the third film to do so, behind Black Panther and the Avengers).

And the hits will just keep coming this year into next. IT 2, Angel has Fallen, 21 Bridges, Frozen 2, Joker, Jumanji – The Next Level, the next Star Wars film, Bad Boys 3, Gemini Man, a Bond film, the next Fast and the Furious instalment, a live action Mulan, a new Terminator, and a Top Gun reboot are all in the pipeline.

Williams adds, “There’s a good content slate and we’ve done some work around what’s happening in the underlying audience drivers. We’re seeing fantastic growth in black South African cinema goers. They now represent 63 – 65% of all unique cinema goers in the country, us and other networks, up over the last seven to eight years from 41%. The weakness in that demographic is that as a sector we don’t have enough content. So we’re working actively to acquire more content that is appropriate.”

Looking to add more value for its customers, Ster-Kinekor launched a new subscription service, which it piloted at five sites.

Now live at 11 sites, early signs are positive for the new offering. They suggest that a subscriber is going to buy four and a half times the number of tickets they were buying before.

To prevent cannibalisation of its regular ticket prices, the cinema group spent a lot of time consulting with international cinema providers to explore their pricing structures and challenges around a subscription service.

A focus on guest services

The third factor is a focus on guest services (customer service). Williams comments, “One of the things that we have been thinking about is ‘is premium still premium?’ We’ve been very concerned about the catering on offer, particularly Prestige. The seat and experience and private lounge, our guests love that, but we think the food on offer needed work.”

A revamped Premium menu has been looked at, to include better alcohol and food choices, along with partnerships with food outlets to provide a variety of dining options.

Ster-Kinekor’s Net Promoter Score jumped 30% in a year, which has been buoyed by the aforementioned focuses, along with maintenance and upgrading of infrastructure, ensuring enough employees are on duty when needed, and customer experience training for staff. In-depth guest surveys are providing valuable insights, which Ster-Kinekor is acting on.

“The guest experience has to be front and centre of everything that we do. It’s the core of why cinema is unique,” stresses Williams.

A review of ticket prices is currently being conducted, with a specific focus on whether the differentials in the price points are correct. A price adjustment, if required, will be done in January.

The appeal of cinema advertising

Brand safety is a big driving force on the cinema ad sales side, as is the captive, focused, receptive, and affluent nature of the audience. It is also mass reach, with Williams revealing that between 19 and 21 million tickets are sold each year in the South African market.

Explore beyond the blockbusters

While people know what they’re going to get when they watch a blockbuster movie, particularly a franchise film, Williams is keen for cinemagoers to explore beyond the known.

“Some great pictures just don’t get enough media airtime. Some are much better films than what ticket sales would suggest … If we had more coverage for other titles out in the marketplace, I believe there’d be every opportunity to entice someone to come watch a picture that isn’t a franchise piece,” he concludes.