eSports expo: rAge with the machines 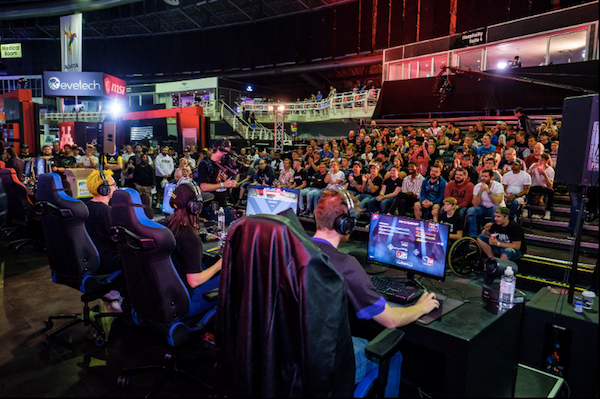 I have to confess that the Vodacom rAge Expo has never been part of my annual beat: I am not of the demographic that is enticed by the idea of “three days of gaming, technology, gadgets, and geek lifestyle entertainment”. Indeed, it is only my devotion to Apple products that exonerates me from the charge of luddism.

It was the lure of hearing Kelvin Watt, Nielsen Sports MD, Africa, Middle East, Asia and Australia, talk about ESports that drew me to the seventeenth iteration of this event (#17yearsofawesome). Nielsen had just announced an agreement with ESL, the world’s largest eSports company, and DreamHack, the premier gaming lifestyle festival, to provide consistent and standardised eSports measurement to media and advertisers. The main areas of focus are: media and sponsor valuation, brand impact, fan insights and research and consultancy to publishers.

For brands wanting to connect with savvy ad blocking digital-first consumers in a fragmented media world, eSports is an enticing option: globally one in five fans started to follow eSports in the past year. While it is a rapidly growing platform, Watt stressed that it is also a particularly volatile one. The driving force is the massively influential publishers, who are continuously rewriting the rules: compare this with a traditional sport such as athletics which has remained unchanged for more than a century.

There are two different target markets to be considered: the gamers and the fans. The former has a slightly younger than average profile, and a high share of males, while the latter skew even younger, with high educational levels and concomitant incomes. Fans are often active gamers too.

Watt presented the first data available for the South African market, pointing out that our strict privacy laws make it difficult to gather data for youngsters under 18 years. The South African fan profile is more mature than in the rest of Africa and the Middle East. Gaming occupies more of their time than TV does: 8.7 hours vs 5.8 hours.

They are also exceptionally high readers of eSport content, which can be explained in part by there not being enough local live events. Watt expanded on the local eSports market pointing out that it was very much a social one, involving groups of family and friends. In this, it has a lot of commonality with traditional sports. This social aspect is also a key driver behind the desire to improve one’s skills: players want to be able to feel better in and perform better for the group. However, South Africa scores low on the innovation criteria.

FIFA and Call of Duty are the most followed games, with Street Fighter taking third place. Just over half of the of local fans claim to follow a particular game or title, while 37% follow influencers or gamers, suggesting the importance of personalities. Watt pointed out that sport fans have a wide range of leisure interests e.g. music, movies and sports such as rugby and soccer.

Turning to the topic of sponsorship, Watt showed that 2015 was the year in which it took off. The interest of non-endemic brands has helped to fuel the impressive growth. These are brands that are not directly involved in the production or playing of eSports; the initial sponsors were software and computer component manufacturers and energy drinks.

He cited Chengdu as an example from the tourism sector. This city is pouring massive investment into gaming events: the first Dota 2 Major tournament had been announced. This ancient culture capital has recognised that eSports can facilitate the export of Chinese gaming but also of culture.

eSport fans are highly appreciative of sponsorships: in the US 68% regard sponsor involvement positively, while 51% do so in the UK. The balance in both countries are largely neutral. This offers great opportunities for authentically placed non endemic brands from categories such as telecommunications, food and drink, clothing and fast food. However, at this stage in South African fans still have the strongest recall of endemic brands, with Red Bull the most remembered brand.

Watt pointed out that targeting in eSports is immediately global and there is less regional adaptability. This has made it ideal for a sponsor like DHL. eSports broadcasts are different from the traditional ones: they run for much longer, requiring much more exposure, and the screen setup and look are different. A major benefit of eSports is the lack of clutter: on average there are 12.6 brands versus 43 in soccer.

To succeed in this sponsorship arena, Watts advises that brands do not just activate with commercial content only, and that they look to add value to the fans. Sponsors should also use on – site content at tournaments for social media activation. DHL’s EffiBOT and McDonald’s advertisement campaign at Copenhagen’s BLAST Pro Series, featuring a custom menu of fast food using Counter-Strike phrases were cited as great examples of successful initiatives.

The presentation certainly challenged my more fanciful notions about eSport: its not all about addiction, even if the World Health Organisation last year has recognised “gaming disorder” as a medical condition.

As I walked from the presentation stage through exhibitions, I was stuck by the family friendliness of the event. So yesterday when I read the headline in the Guardian: ‘Don’t fear the rise of Fortnite and other video games – they bring young people together’ I found myself quite sympathetic to video games journalist Emily Gera’s point of view. She argues “what draws us to these games isn’t the need to feed a compulsion. In most cases, it’s kinship – a very ancient and tribal desire to be part of a group, and one that forms the basis of any team sport”.