The Lockdown Chronicles #19: Lizard Slayer and the path less-travelled 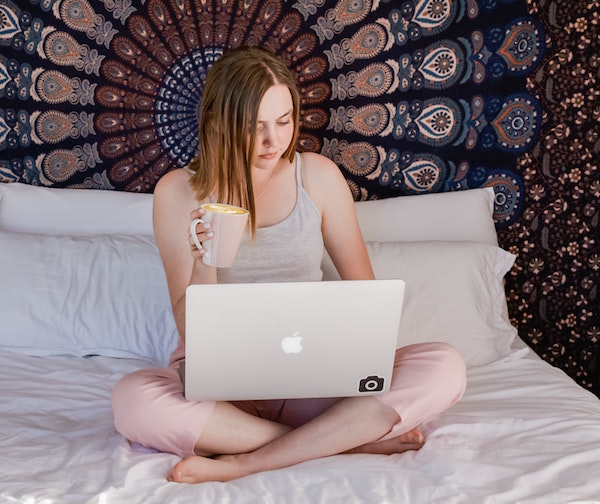 Photo: For every online reader to a newspaper, there are still 4,5 readers of the print-paper copy [PAMS2019]

In the Judeo-Christian calendar, Easter delivers a triumphant narrative to believers. This weekend specifically, as it pertains to The Passover particularly and the parallels with the current times, where families are seeking the refuge of their own homes to avoid terrible affliction, does seem to sharpen the focus.

Of course this past few days there were other lesser, but still significant, stories of triumphing over the odds. Boris Johnson is out of hospital and recovering. Our own Zwelinzima Vavi on the road to recovery. I wish them both well. Brave stuff indeed. But the honours go this weekend to Albert Chambers. This veteran of WWII, who was injured and served three years as a POW in Germany, has beaten Covid-19 at the age of 99. There’s no official guidelines on what it takes to be a hero, but its easy enough to spot one.

It’s also equally easy to spot an idiot when you see one , and I am giving the big double thumbs up to Indian police in the north Indian town of Rishikesh who made a group of Australian tourists, who were ignoring the lockdown, write 500 lines as a punishment.  If you can’t behave like adults then I’m going to treat you like children. Love it. I think we should try the same thing here instead of making people do push-ups or leopard-crawl in the mud.

I must not loot the liquor store. I must not smuggle cigarettes. That sort of thing.

Let’s get back to heroic deeds though. After completing my lockdown marathon, I was feeling pretty pumped so I thought it might be a good idea to give myself a suitable Lord of the Rings name. Something like Strider. Except of course that one’s already taken. Or perhaps something based on my actual experiences during the challenge. Like Snail Cruncher or Lizard Slayer.

I’ll grant that Lizard Slayer is not up there with your Tolkienesque Dragon Slayer but it has a certain swashbuckling dignity about it, and it’s definitely better than Snail Cruncher. Although, to be honest, the lizards move so quickly that I’ve yet to send one to its doom. Descended from dinosaurs they may be but instinctive and agile they most certainly are. Snails, on the other hand are victims of their own tendency, unlike Robert Frost, to stick to the path most travelled by.

So Lizard Slayer it is then.

On reflection, it’s remarkable how many media people and companies imagine that in a post-Covid19 landscape they too will still be able to use the well-travelled paths of the past. No lesser figure that Johan Rupert commented in the Financial Mail this past week

“People speak as if this is just a blip, but I don’t think this is like anything any of us have ever seen before … What they don’t get is that this isn’t just a pause – it’s an entire reset of our economic system”.

As commented on in a previous Lockdown Chronicle, this cover story appears only in the eEdition of Financial Mail, as the migration from the printed format to the online format continues to shine a light on path that ultimately all publishers will have to take. The simultaneous release of ES2019 and PAMS2019 give us a chance to see whether this phenomenon applies equally to other publishing genres such as newspapers, and also magazines generally.

Overall, PAMS2019 reflects a higher level of reading each week (reach %) compared to ES2019, irrespective of whether we’re talking newspapers or magazines, and irrespective of whether we’re talking printed-paper or online format. Cynics might resort to the logic of  Christine Keeler and retort ‘well they would, wouldn’t they’, but the PRC has presented a reasonable case for the catalyst being enhanced comprehension of the questionnaire itself.

What is most interesting, though, is the ratio of print to online reading reported in PAMS2019. There is a similar pattern in ES but, given that PAMS is ultimately the publisher currency survey, it makes sense to benchmark on PAMS2019. For every online reader to a newspaper, there are still 4.5 readers of the print-paper copy. For magazines that ratio slips to 2.8 print readers per online readers. At a glance then, newspapers still have a stronger and more viable foothold on the terra firma of the old proven path.

Of course, as far as proven paths go, perhaps the most amazing thing about the Indian-Australian exchange is that the police were actually able to find 10 people who were still capable of writing by hand.

Perhaps in future, when we go AWOL, we might end up having to apologise to Siri.

“Are you sure you’re sorry”.