This is how coronavirus has changed the film and TV industry

Posted By: Kate Whitingon: May 22, 2020In: Broadcasting
Print Email 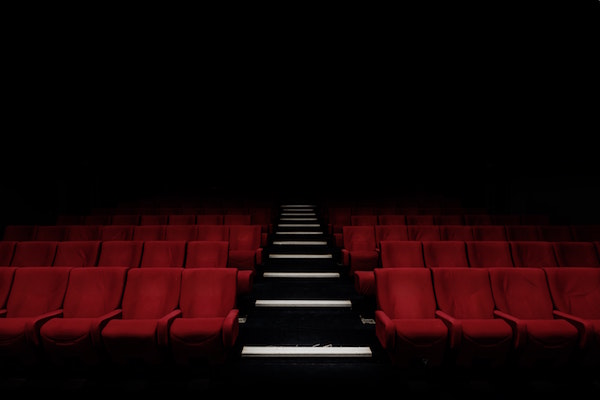 As countries begin to ease lockdown measures put in place to flatten the COVID-19 curve, film and TV studios are working out how to get back to the business of show.

In Australia, production is resuming on long-running soap opera Neighbours– with the cast social distancing on set and special camera angles to make characters appear closer together.

The ‘new normal’ will include having no more than 100 people in any area of filming per day; no intimate scenes; the male actors won’t wear make-up, and there will be a nurse on set, Chris Oliver-Taylor, the chief executive of the show’s production company Fremantle Australia, told ABC News.

“We’re going to assume if someone does get sick we don’t need to shut the entire shoot – we just close that group and carry on.”

Neighbours, which shut down production two weeks before Easter as cases of coronavirus grew, is thought to be the first English-language TV drama to resume filming.

The cost of the industry-wide shutdown in Australia is estimated to exceed $325 million, according to Screen Producers Australia, as work on more than 100 TV shows and films ground to a halt, including a biopic of Elvis that was shooting on the Gold Coast.

One of its stars, Tom Hanks, confirmed that he and his wife Ruth Wilson had coronavirus symptoms and were in quarantine for more than two weeks before flying back to the United States.

The impact of coronavirus on lives and livelihoods is being felt around the globe. As of 29 April, Australia had just over 6,700 confirmed cases of COVID-19. In the US, the figure was over 1 million.

With California still under strict lockdown restrictions, filming in Hollywood has also stopped and release dates of major films have been pushed back – including No Time To Die, the fifth James Bond film to star Daniel Craig – as the doors of cinemas remain closed.

In an unprecedented step, next year’s Oscars will see films that have not been able to have a theatrical release, but have been streamed, qualify for Best Picture and other categories.

Normal rules around eligibility require a film to have been shown in a cinema in Los Angeles County at least three times a day for seven consecutive days.

Academy President David Rubin and CEO Dawn Hudson said: “There is no greater way to experience the magic of movies than to see them in a theatre. Our commitment to that is unchanged and unwavering. Nonetheless, the historically tragic COVID-19 pandemic necessitates this temporary exception to our awards eligibility rules.”

In mid-March, the global loss in box office revenue stood at around $7 billion, according to the Hollywood Reporter, in part due to the 70,000 cinemas that were closed in China. As the virus spread, that estimate has grown and by the end of May, could be as high as $17 billion.

It’s a similar picture in India, where Bollywood has also come to a standstill with lockdown measures in place until 3 May.

Some of the country’s stars, including Deepika Padukone, whose latest film, 83 – the tale of India’s cricket World Cup victory – was due to premiere on 10 April, have refocused their efforts on raising money for the millions now out of work.

As media analysts struggle to gauge the true economic impact of COVID-19 on box office and TV advertising, some countries have been weighing up the cost of lost production spending.

In Canada, an estimated CAD $2.5 billion (USD $1.8 billion) could be lost from a shutdown that lasts until the end of June, with an impact on more than 172,000 jobs, the Canadian Media Producers Association (CMPA) said on 21 April.

“COVID-19 has brought media production in Canada to a screeching halt,” said Reynolds Mastin, President and CEO of CMPA. “These numbers should serve as a wake-up call for what’s at stake, and motivate us all to work together to ensure the industry can get back on its feet as quickly as possible once this crisis ends.”

In the UK, the British Film Institute (BFI) has launched targeted relief programmes worth £4.6 million ($5.7m); including £2 million to help independent productions resume filming when measures are lifted, and a £500,000 contribution to a £2.5 million fund to help the industry’s self-employed and freelancers.

“We are working with colleagues across the industry to support those who have been hardest hit, and ensuring that we thrive as we recover,” said BFI Chief Executive Ben Roberts.

In France, the Cannes Film Festival – due to take place in May – was originally postponed until June, but organisers have now abandoned that idea while vowing to explore “all contingencies” to enable the festival and the lucrative Cannes Film Market to go ahead in some form.

This story was first published by the World Economic Forum and is republished with permission.