Echo chambers are death knell of democracy & advertising is the antidote 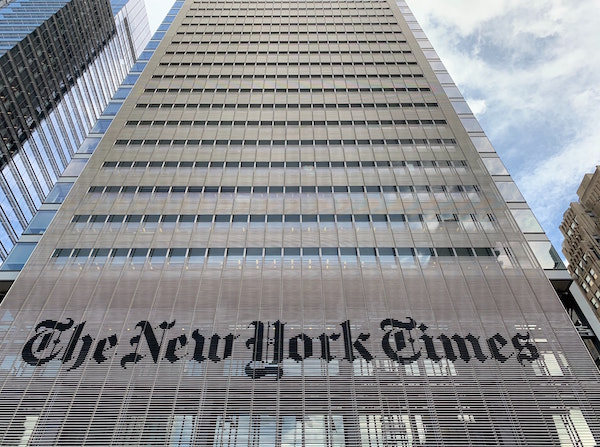 The New York Times and The Atlantic find success selling premium subscriptions to their core products. But the higher they raise the paywall, the fewer are the consumers that can climb across it

A well-informed electorate has always been understood to be a critical element of a successful democracy.

Most of our analogue news media have stumbled badly over the past 20 years in their individual quests to build robust digital businesses that can provide more and better quality news to more readers and viewers faster, with more accuracy, than they could on paper or over the airwaves.

Instead, their business models were built around monetising the scarce distribution and plentiful attention that came with analogue media with premium-priced advertising. These media companies have not yet found their way in the digital world of plentiful distribution and scarce attention, where ad models operate more in the way of direct marketing.

Without strong audience or advertising support for broad news, news media companies today have chased business wherever it can be found. For many, the choice is to focus on niche news, heavy doses of opinion, paid content and paid subscriptions.

Unfortunately, these strategies have resulted in a news media soup far from satisfying for any of its key constituencies — consumers, publishers or advertisers — that has been downright dangerous for democracy.

Niche news coverage creates niche audiences who only come to news outlets for one thing — maybe only super-local content, for example.

Gone is the opportunity of serendipity: for readers  and viewers to be informed about topics that they didn’t know they were interested in until they learned about them. How many Americans in the 1960s learned about the civil rights movement from newspapers, news magazines or TV broadcast news covering cities far away from their own tranquil towns?

Making opinion the main dish of news products rather than the dessert makes it hard for its consumers to distinguish between the two.

Remember as a kid being told “If you don’t eat your peas, there is no ice cream for you tonight”? Ice cream-only meals will kill you in the end.

We actually have cable news networks today defending defamation suits with the admission that some of their pundits are such well-known liars, they shouldn’t be held to a standard of truth.

Today’s advertorial “is not your father’s Oldsmobile”. The blending of the lines between independently reported news and paid content has made what is paid and what is not so hard to distinguish today.

Sure, content about travel, cars or beauty products isn’t the same as hard news, but once a news brand is seen by its consumers as not just promiscuous, but for sale, it’s hard to be above reproach in all areas, particularly the stuff that matters the most.

I am so happy to see great publications like The New York Times and The Atlantic find success selling premium subscriptions to their core products. But the higher they raise the paywall, the fewer are the consumers that can climb across it.

Great journalism shapes, informs, alters and inspires its readers and viewers. It moves electorates. It quickens the heartbeat of nations.

Analogue news media had its challenges, but it was very widely distributed and read and watched. Today’s premium journalism is not.

Yes, the individual publishers that are successful reach more people than they used to. But far fewer people today have access to as much broad-based quality journalism as they used to.

I don’t profess to know the whole answer, but I do believe the antidote is in the world of advertising — in building new, digitally leveraged advertising that can support broad-based news and journalism.

And so much of what is put out there today is targeted to, by, or “liked” by people who think just as you do. Thus it’s no surprise our news world today is so dominated by echo chambers: niche content to the same communities of interest; opinions from like-minded people; paid pitches designed to look like news; and walls around the best journalism, particularly focused on the interests of those with the most money to pay.

Echo chambers are not good for democracy. They make it hard for people to learn or care about things they don’t already know or believe. Instead, they self-reinforce. Echo chambers have a sclerotic effect on democracy.

I don’t profess to know the whole answer, but I do believe the antidote is in the world of advertising — in building new, digitally leveraged advertising that can support broad-based news and journalism.

We need to find ways that the best, most broadly appealing, accurate and trustworthy news can be distributed at no cost to everyone. We need advertisers to care again about the media they support.

We need to focus advertisers on the value they get, not just the CPM cost they pay. We need to expose and eliminate all the nasty elements that this black-box digital age has foisted on us and used to steal ad dollars from quality news: fraud, undisclosed rebates, faux measurement and attribution precision, and too many bad actors the don’t care about the damage they do.