LATEST NEWS
Home Digital TikTok: Time is of the essence

TikTok: Time is of the essence 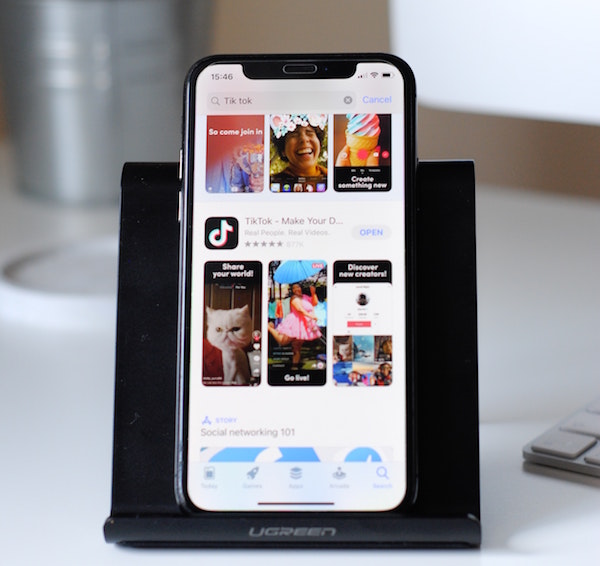 The CEO of TikTok has quit. He was a seasoned leader in the entertainment world, having come from Disney but was in the job for less than 100 days, and hinted that a changing “political environment” was behind his departure.

The Chinese owners of TikTok had hoped that an American leader would appease Donald Trump, who still threatens to shut down the social media network in the US if the Chinese don’t relinquish ownership to an America corporation soon.

Political plays aside, TikTok is one of the fastest-growing social media platforms globally – and the company has said, “There is enormous potential for TikTok in South Africa to become the preferred platform for creative expression”.

Yes, it’s the place where teenagers post dance moves for their friends but it’s also the place that doubled the use of social apps among younger generations in 2019, and has already tripled that in 2020.

TikTok is very different from anything that’s gone before and if brands want to benefit from it, brand owners and managers must start making serious marketing decisions on how to take advantage.

At its most basic TikTok is a video-sharing social networking service that lets users create short, fun videos, usually featuring some sort of talent at music, lip-syncing, dance or comedy. It’s also easy to use and anyone can create, edit and upload unique content.

But scratch the surface and there’s something more going on.

TikTok breaks users out of silos

TikTok gives brands a new opportunity to engage with their target markets because it offers a completely level playing field. Unlike other social media platforms, it doesn’t define – and therefore limit – audience by algorithm. Other platforms learn user preferences and keep everyone in their silos. TikTok breaks users out of silos, consistently showing them new and different feeds; exposing them to content that other platforms would typically filter out.

Everyone gets a fair shot at trending and enjoying the limelight because it offers the potential for a far wider audience to see every post. Anyone can create a hit because TikTok‘s content recommendation mechanism allows user-generated content to go viral in the ‘For You’ feed, which is seen by friends, followers and a larger audience without the filter out/in algorithm that other platforms use. If something is getting attention, it’s getting everyone’s attention.

When the platform started trending in South Africa last year, we discovered for ourselves that an amateur video could very quickly achieve hundreds of views, a feat that would be remarkable for a newcomer on any other platform. And ‘amateur’ is what’s expected when creating for TikTok, there’s no need for a camera crew or slick production. To benefit, the most important factor to understand is that the audience leads the way.

There’s no doubt about the fact that social media has given everyone a public voice. To some extent, it has turned everyone into content creators, but TikTok has upped the game considerably by combining that content with a much wider audience. It’s creating a future in which user-generated content is king.

Yes, that means exactly what you think it does: brands need to be brave enough to let their audience create the content. Personal recommendation in any form is powerful, and even more so here.

While brands shouldn’t plan for hard directing, logos or big brand placements, they must still work with detailed objectives, a clear strategy, a comprehensive brief and good campaign management throughout. There is benefit in working with influencers – those people who sway opinion, especially among younger consumers – but don’t spend a cent until those personalities have been vetted as appropriate for the brand and have genuine reach and traction with the target market.

There are businesses who can help brands research and reach the right influencer and if the match is a good one, it offers additional positive sentiment because the audience gets so deeply involved, they begin to take ownership of the campaign.

For brands new to TikTok and wary of the hands-off approach, amplifying an existing product message is a good way to start. Use the interesting feature tools and guidelines provided by the platform and make no further decisions until the advanced analytics provided by TikTok which provide for real and rigorous measurement, have been applied.

Brands open to letting target markets teach them new things will see good returns; success will come when brands meet consumers where they are and, right now, a lot of them have their eyes glued to TikTok.

Jason Kubheka is social media manager at VMLY&R South Africa. He is all about building connections and remaining relevant in the digital industry.